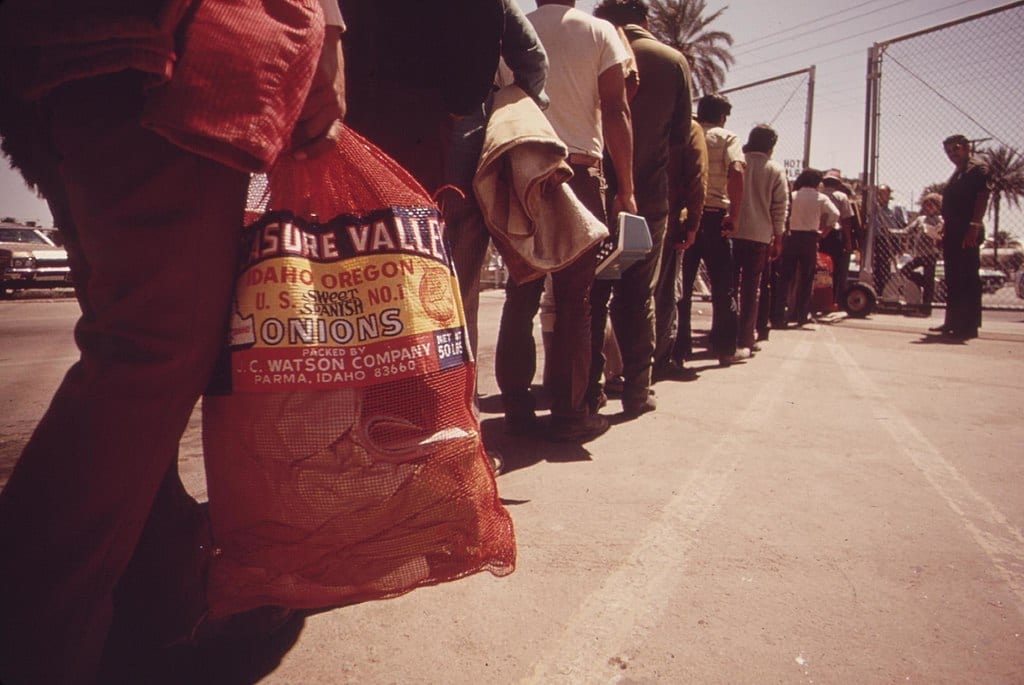 Some are invoking the Biblical verse “Thou shalt not afflict the stranger” as justification for awarding illegal immigrants a full basket of on-going social services. California’s newly elected governor, Gavin Newsom, as well as NYC’s mayor Bill de Blasio will be taxing local residents additional monies to pay for free and across-the-board healthcare for illegals, which will become a magnet attracting even more illegals to their Sanctuary locations.

In most matters the Bible teaches discernment, and there is a distinct difference between not afflicting another as opposed to requiring that we subsidize an entire life, especially when the burden of that support falls on the shoulders of already over-taxed families, themselves not beneficiaries of such “entitlements.” Basic respect and kindness is one thing — it is a sign of our humanity. However, onerous sacrifice, bankruptcy, and societal suicide resulting in one’s own self-destruction is something not required.

The Bible’s primary interest in these matters is a moral one: we all start out as children of God and should thus be treated with civility. In contrast to the biblical community, many ancient societies viewed strangers as fair game to be robbed, incarcerated, or as fodder for harsh sport and brutality. This, the Bible exhorts, was the way of Sodom.

Even today there are cultures and nations where “infidels” and strangers are oppressed and treated as sub-human. Biblical communities don’t act that way. However, what serious American citizen would claim “affliction” if not provided complete subsidy? Neither, then, should such a claim be made by political activists in behalf of illegal immigrants.

The biblical Hebrew word for stranger, or immigrant, is ger. Some entered ancient Israel as workers and opted to remain resident-aliens. Others embarked on the long road toward full citizenship, which meant learning the mores and attitudes of the country, culminating in absolute commitment to the nation and its people. In those days, full citizenship meant religious conversion, whereas in modern societies it is obtained by pledging allegiance to the laws of the land.

Both the resident-alien and new citizen were entitled to courteous and dignified treatment and could participate in many aspects of civic life. One’s background was not an impediment. However, the full array of benefits was provided only to those, the ger, who had made a total commitment to the society providing those benefits.

New citizens were not fast-tracked or hurried and herded into citizenship; each candidate’s sincerity was of utmost importance. Requiring that normative and historic standards for citizenship be applied is not a form of affliction.

The Bible is a compassionate document, but also a cautious one, asking that we eschew hyperbole and employ discernment and balance. No value, not even compassion, is set in a vacuum or regarded as so open-ended as to be blind to reality. No gesture can ignore the impact of how what may be good for one is harmful and unfair to thousands of others.

For example, the requirement of charity was capped at ten percent. Field owners were asked to leave the corners of their field to the poor and strangers, but they were never asked to plow, seed, and harvest additional fields, a “second job,” so as to satisfy the needs of an expanding receivership class. Charity, as taxation, should not devolve into servitude or serfdom over the giver. Nor were citizens asked to forfeit portions of their fields or deliver the left-over grain to the mailbox of those classified as poor or as strangers. Receivers had to get up early, travel, and physically collect the grain… labor for it.

Undoubtedly, God has equal compassion for those who work hard and play by the rules. Compassion is a two-way street, something demanded even from the stranger toward the citizen/provider. The double emphasis on justice as in “Justice, justice shall ye pursue” implies that both parties must be treated with a sense of fairness and consideration. What the Bible had in mind was maintaining a person’s dignity on a subsistence level, not a full array of 2019 cradle-to-grave amenities.

Nor did the Bible request that the decency we extend to strangers result in national suicide. It never encouraged a virtual open-border situation where the host country becomes overrun and loses its indigenous culture, suspends its laws, or its ability to flourish as a unique and sovereign entity.

Indeed, so paramount was the ideal of protected borders, and what that means to a country’s economic and cultural viability, that God said, “And I shall protect your borders so that strangers and enemies will not fill your camp and become a thorn in your side.” There are reports that jihadists are among those who are entering here illegally, unquestionably an impending severe thorn in our side.

What separates our current circumstance of immigration from previous eras is that the U.S. has become a welfare state. Large scale, massive immigration has become a hefty burden on individual taxpayers, a threat to basic services, and has shut down vital but now-drained institutions. How do we know if the potential immigrant plans to come here so as to work and give, or plans to simply take and exploit.

Over the years, many in the social-justice crowd have boasted that they “comfort the uncomfortable and discomfit the comfortable.” How ironic that those making the point not to afflict the stranger have a knee jerk desire to afflict our middle class who daily work hard just to remain afloat. It sounds more like vengeance than it does social justice.

During the last fifty years, every social issue has been framed as a referendum or “test” of whether the American people are “good.” But we Americans don’t need to prove our goodness. The immigration issue should be decided on common sense and what is good for taxpaying citizens, our cultural future, and what constitutes compassion and justice for middle-class America.

The anti-assimilationist fervor among today’s multicultural ideologues raises the question as to whether America’s historic cultural ethos can survive this huge foreign influx. Nor is this an issue of race; indeed, many of us admire the qualities of those coming from south of the border.

The Bible’s focus is on morality. Its humane ethos should not be exploited in service to a leftwing political agenda whose ultimate goal is to drastically change demographics and gain immigrant votes to ensure their political party’s ascendancy. The goal of replacing the existing society and our identity through massive and “transformative” immigration has nothing to do with kindness and nothing to do with fealty to the Bible.

Rabbi Aryeh Spero is author of Push Back: Reclaiming Our American Judeo-Christian Spirit, president of Caucus for America, and spokesman for National Conference of Jewish Affairs.