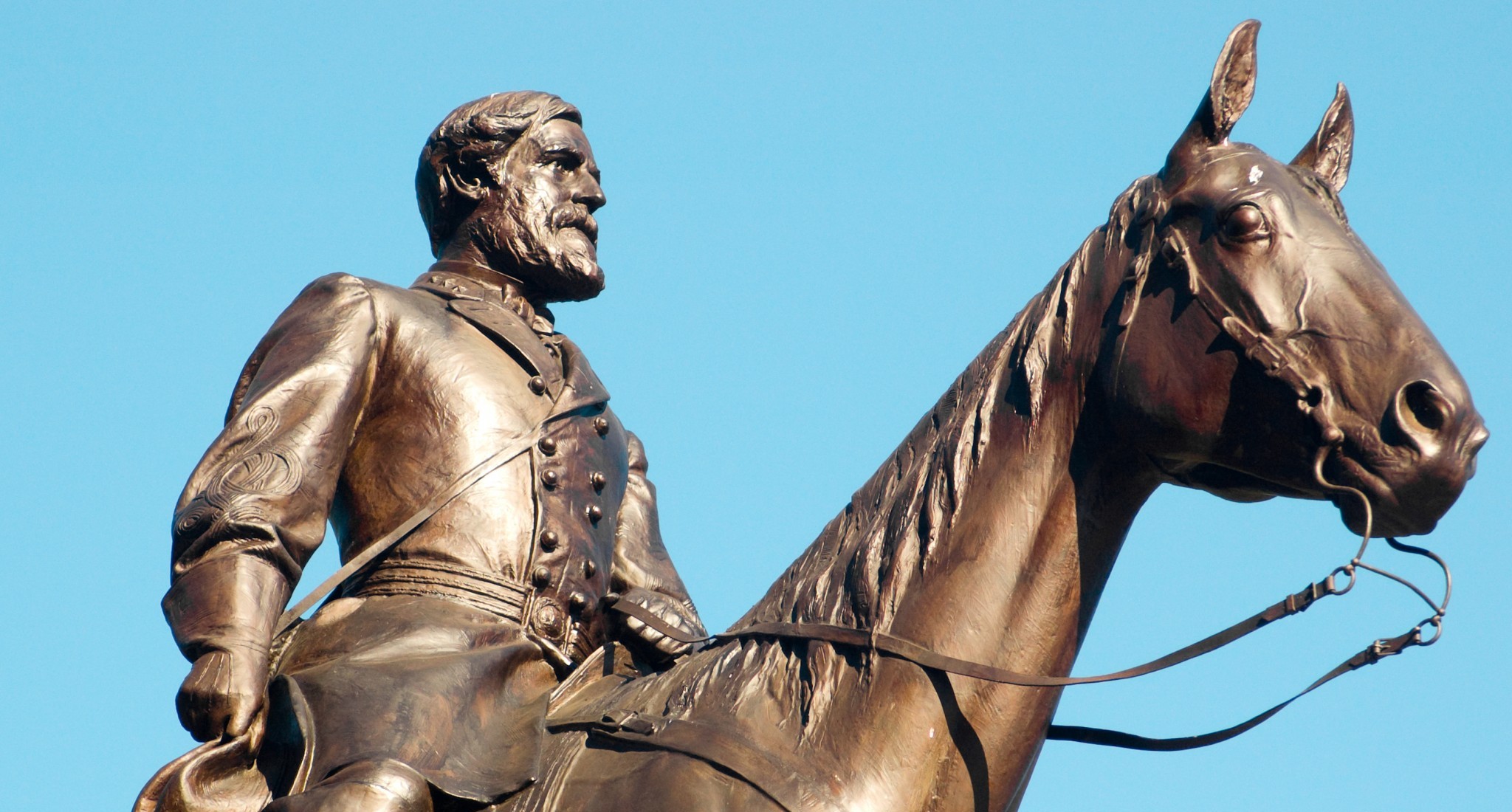 Old Town is a historic corner of Alexandria, Virginia, rich with historic homes inhabited by many of Washington, D.C.’s managing class. Alexandria voted overwhelmingly for President Joe Biden in 2020. During the campaign, Trump lawn signs were a challenge to find, while Biden-Harris signs dotted the front yards of Old Town’s row houses.

A rump of Alexandria progressives — they call themselves “nonpartisan,” which speaks to their low level of self-awareness — could help push blue Virginia back to red.

Reconstruction Alexandria is working to change “the names of racist/confederate streets, buildings, you name it” in the Beltway city.

As the Alexandria Times reported, activists are collecting signatures to change the name of venerable Lee Street, which, according to the city’s inventory of Confederate street names, was “named for the Lee family of Virginia” upon the death of Mrs. Robert E. Lee in 1874.

In 2018, the Alexandria City Council voted to rename the Jefferson Davis Highway in Alexandria, where it is now the Richmond Highway.

Be it noted that as president of the Confederacy, Davis waged war essentially to uphold slaveholders’ rights.

Much like the decisions of governors to remove Confederate symbols from state Capitols and flags, Alexandria’s vote followed public discussion and a recognition of the disrespect felt by Black and white residents who feel no love for the “Stars and Bars.”

Gen. Robert E. Lee was a soldier. Lee Street, formerly Water Street, was named after his family, which lived in Alexandria. Lee’s father, “Light Horse Harry” Lee fought with George Washington during the Revolutionary War and was Virginia’s ninth governor.

When I asked Land Use Services Division Chief Tony LaColla why Alexandria would lump military men (Lee) in with politicians (Davis), he responded, “As a student of history, I know that there were military members who during the Civil War did not want to fight on the side the Confederacy and did go to the North.” Lee could and should have done likewise.

I appreciate the point. Throughout history, there has been robust debate about the culpability of generals in various wars — because it’s a debatable question.

Old Town is special because it provides constant reminders of America’s past — good and bad, free and enslaved, peaceful and violent — and the flawed individuals who helped shape a nation that strives for equality.

I called City Hall to learn if the campaign was organic — the result of furious residents offended by the name Lee Street — or activist overreach.

LaColla told me that he was unaware of the effort until a reporter contacted him even though the city encourages name-change applicants “to talk to us first.”

The reason: A street name change forces locals to get new driver’s licenses and update their addresses so as not to miss checks, bills and subscriptions.

If most Alexandrians want the change, they can pursue it. If they succeed, life will go on.

That’s precisely why the scheme to change the name is so egregious. It seems to be not so much the product of deeply held beliefs but the work of activists trolling for easy grievances and an excuse to point fingers at others.

Reconstruction Alexandria is not a transparent, accessible group. To follow the group on Facebook, you must agree to its rules against hate speech and bullying — and then see if they’ll take you. The group supports debate, as long as everyone agrees.

“We accept anyone from any party as long as they’re committed to renaming streets from confederate names to names honoring BLM heroes,” reads the third rule, “as well as anyone who’s going down in history positively.”

Do you get the feeling these folks don’t understand much about history and how perspectives on individual leaders can change over time?

The group wants to rename the road “Wanishi Street,” founder Alex Sprague told reporter Cody Mello-Klein, a nod to an indigenous people’s word for “thank you.”

My modest suggestion would be Thermidor Street, in honor of a month in the short-lived calendar devised during the French revolution.

When I was a kid from Massachusetts and visited relatives in Richmond, I cringed at the Confederate statues on Monument Avenue. Now I live in Old Town and am glad I arrived after boosterism for the “Lost Cause” faded.

Do I care about Robert E. Lee? Not really. I care about a political atmosphere that is so toxic that the South’s heritage must be utterly obliterated. Or else. People are afraid to speak up lest they be labeled as racists, when what they really are is tolerant.