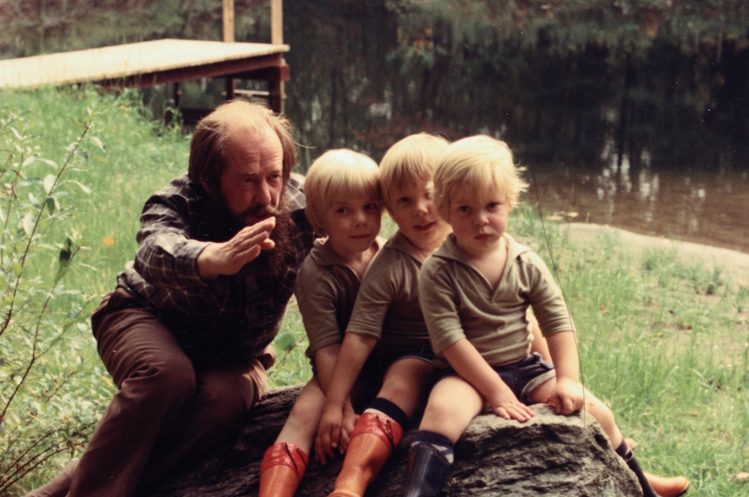 In 1978, Aleksandr Solzhenitsyn settled into a writerly life of unprecedented focus, four years removed from his expulsion from the Soviet Union. In this second volume of Solzhenitsyn’s exile memoirs, he covers the decade-and-a-half between his iconoclastic Harvard commencement address and his return to Russia. This long-awaited translation does not disappoint, offering insights into his work on The Red Wheel, his family life in Vermont, and his responses to the rapidly evolving political circumstances of what proved to be Soviet Communism’s waning years. The tone of Book 2: Exile in America, 1978-1994 is significantly different from his previous memoirs. The first volume of Between Two Millstones, Book 1: Sketches of Exile, 1974-1978, is a fast-moving narrative focused on the author’s expulsion, seclusion, and subsequent international stardom. The Oak and the Calf, published in the West soon after his 1974 expulsion, details Solzhenitsyn’s struggles with the Soviet state. Book 2 is, to a much greater extent, a story about the practice of everyday life.

Despite living in a serene Vermont backwater, the Solzhenitsyns led what seems like a decidedly stressful life in a remote section of the remote town of Cavendish. Their home sounds like a veritable literary factory, with the author pounding out piles of prose, his wife, Natalia (“Alya”), serving as editor and research assistant, and three small children filling various technical roles in typesetting and compiling the manuscripts. By his own admission, Solzhenitsyn’s focus during their Vermont years was primarily on his work. It seems as if “Alya” did most of the day-to-day raising of their children, as the world’s greatest living author was busy being just that. “I myself didn’t keep a close eye on all the details of the children’s lives — those had little place in my compressed, densely packed days—which made the responsibility and heartfelt anguish taken on by Alya all the greater. She was constantly reassuring them that our exile had a point and imposed duties on us,” Solzhenitsyn wrote.

Between Two Millstones offers a unique portrait of a Vermont in transition, as counter-culturalists “from away” took up residence alongside conservative rural New Englanders.

The apparent solitude of rural Vermont also seemed decidedly lacking in solitude. Solzhenitsyn was keenly aware of events in the Soviet Union, following and responding to them in a blow-by-blow fashion. The speed of the news cycle and pervasiveness of mass media in the 1980s as depicted by Solzhenitsyn seems more like 2020 than one might imagine. He was constantly responding to events far from his compound in the forest. When he did respond to happenings abroad, he often felt like his ideas were mangled in the media, not just in the Soviet Union but also by much of the Western press. “What is this flippancy on the part of newspapers?” Solzhenitsyn wrote. “Ideas that an author has laboriously brought into existence and shaped at length, slashed to pieces by fifteen minutes’ worth of cocksure pen strokes.”

Newsmakers themselves often came straight to the source, particularly in the early 1980s. Journalists, intellectuals, and politicos were frequent visitors at the home Solzhenitsyn christened “Five Brooks.” The author and his wife spent considerable time administering the Russian Social Fund, a trust Solzhenitsyn set up to support the families of political prisoners in the USSR. It proved to be a perpetual source of intrigue in their lives. He spent a fair amount of his time in exile traveling as well, making highly publicized visits to the United Kingdom, Taiwan, and Japan. Solzhenitsyn met his fair share of celebrities, too. He found Princess Diana radiant and kind, while Margaret Thatcher, whom he admired greatly, was courteous but all business.

Between Two Millstones provides interesting insights into not just Solzhenitsyn but also the landscape he inhabited. It offers a unique portrait of a Vermont in transition, as counter-culturalists “from away” took up residence alongside conservative rural New Englanders. The experiences of the Solzhenitsyn children in local schools exemplifies this. Initially, they sent their children to the nearest private elementary school, a hippy-dippy experiential academy where the students addressed the adults by their first names. “Dick,” the school’s headmaster, was a great admirer of Lenin and Stalin, a fact that drew stern rebukes from the Solzhenitsyn boys. Soon thereafter, the boys found themselves in the local public schools, where the political sensibilities were a bit different. The Solzhenitsyn children found themselves accused by their small-town classmates of being “Russian spies.” Nevertheless, Solzhenitsyn admired the local public school as well as the other institutions of his small town, which he regarded as demonstrative of a robust and active civil society.

Solzhenitsyn’s efforts to render the demise of Tsarist Russia in full in The Red Wheel seems to have been a Sisyphean task, occupying a quarter-century of his life and never quite meeting the author’s ambitions for the book. Between Two Millstones will be instructive for writers who are considering taking on an ambitious literary project. Solzhenitsyn often weighs in on the logistical difficulties of writing a multi-volume work of historical fiction, particularly the difficulties of fitting a story into the historical cycles, or “nodes,” into which he divided the book. The psychological perils he faced while completing the four-volume series are particularly evident. The more he immersed himself in Russia’s ill-fated venture on the Eastern Front and the Empire’s subsequent domestic collapse, the more angst he felt as he tried to shoehorn the era’s countless twists and turns into the book.

Despite his seclusion in Vermont, the degree to which Solzhenitsyn’s private ruminations and public pronouncements were shaped by outside criticisms is striking. He was continually fighting off accusations that he romanticized Imperial Russia, trucked in anti-Semitism, and carried water for unredeemed Cold Warriors. Solzhenitsyn does seem to have been particularly sensitive to critiques from Western literary critics, whose criticisms often fell into one of the aforementioned categories. Considering the frequent public denunciations he faced in the Soviet Union, long before and long after his expulsion, this personality trait is quite understandable. His sensitivity towards criticism is also likely attributable to the prominent position that literary critics have enjoyed in the Russian intelligentsia ever since such a class of men and women came into being in the 19th century.

Between Two Millstones is far from Solzhenitsyn’s most significant work. That would be quite the task, even if Between Two Millstones were a masterpiece on par with The Red Wheel, Cancer Ward, One Day in the Life of Ivan Denisovich, or The Gulag Archipelago. Yet it may be the most pleasurable read in his catalog — an opportunity to spend time with the writer in pleasant refuge.

Clayton Trutor holds a Ph.D. in History from Boston College and teaches at Norwich University in Northfield, Vermont. He’d love to hear from you on Twitter: @ClaytonTrutor.