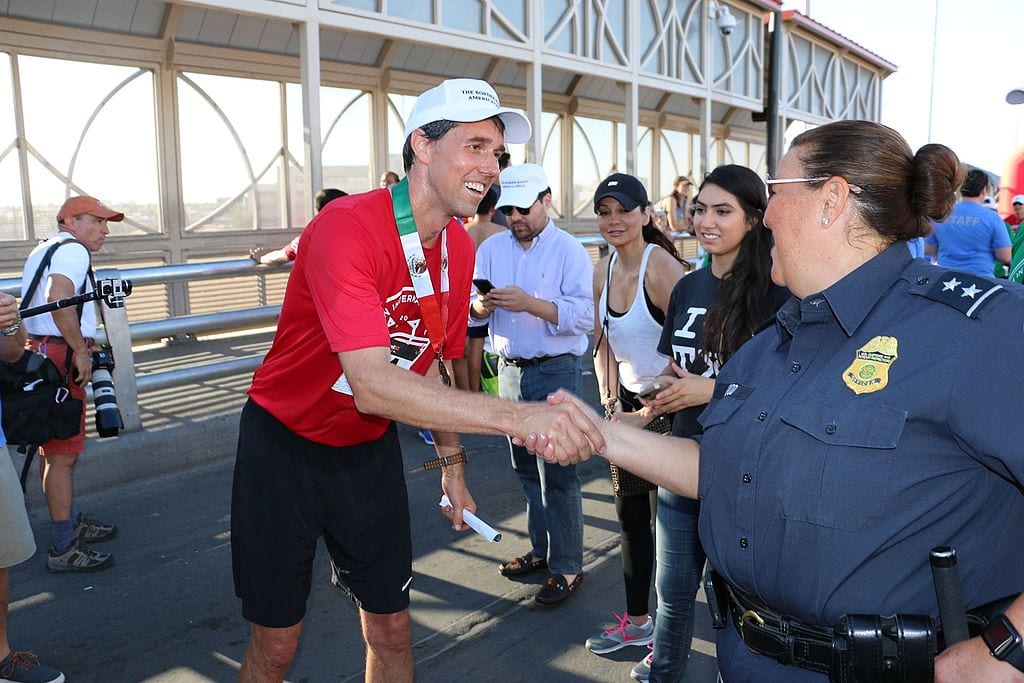 Some weeks ago, I started noticing, in my bright red — I had supposed — neighborhood, small yard signs reading “Beto for Senate.” The first one I noticed, in fact, was two doors down from my home. Beto — supposedly the Spanish diminutive for Roberto — is Congressman O’Rourke’s ID: relaxed, jaunty, like the shirt sleeves the three-term congressman seems perpetually to wear rolled up, in let’s-get-down-to-business mode. Over the past couple of weeks, Beto yard signs in my part of the galaxy have come to seem as everyday as fire plugs. One belongs to a dear friend who long worked for a onetime Republican U. S. senator. Meanwhile, Cruz’s lead in the polls is shrinking. He has in the bank 50 percent less money than O’Rourke.

What goes on, I think, in the marvelous manner made possible by lower-case “d” democratic politics, is swelling evidence of how fast a political balloon, mishandled, can lose its air. In other words, the supposition that all we had to do to make America great again was hold a tea party and elect Donald Trump to preside at the samovar — well, there was some exaggeration here. As we might have figured out by reading some history and noting the instability of victories.

Ted Cruz didn’t so much rise to fame and success as tough-guy his way forward. He wasn’t going to take no nonsense, see? Not even as a newly elected senator learning the craft. If it came to it, he would maneuver to deny the government the money to operate — as an incentive to wipe Obamacare off the books. It — ah — didn’t quite work out that way. Cruz earned himself more opprobrium than admiration for working, with other Republicans, to shut down the government. Nor did his tough-guy persona secure him the presidential nomination for which he unaccountably lusted. He lost to the ultimate tough guy. And Ted went back to being senator from Texas; quietly, non-belligerently.

The way, way, way belligerent style of Donald Trump, since 2017, has had several effects that weigh on the politics of 2018. First, the hallelujah-hooray effect. He’s remaking the federal judiciary through the nomination of jurists who don’t see the courts as their own private legislatures. He’s reducing unproductive, often counterproductive, regulations. His economic policies in general have kindled optimism, business profits, and higher pay. Obamacare remains: but no longer with mouth open, ready to swallow all of American healthcare.

Then there’s the downside, and I don’t mean just the tariff wars. The cost of Trump’s successes has been the further toxification of politics. It was bad before; now it’s worse — Americans operating in active dislike of each other; a cultural civil war that can’t go on forever because no war lasts forever. You find eventually you can’t remember what the war was all about; you remember instead how peaceful it was before the firing of the first volleys.

Battle fatigue, I would say, is in the air. I sense a restiveness, a readiness for things new and fresher-smelling. Things like turning on the morning news without fear the anchorperson will report another Tweet barrage. Things like — like Beto for Senate?

Ah. The congressman — whom I just can’t see beating even a self-admiring conservative senator — is a pig in a political poke: as liberal politically as Cruz is conservative; a supporter of abortion and universal health care. But friendly, smiling. Above all else, new! Unspoiled! With shirt sleeves rolled up, and a boyish smile; and a look about him of we-can-do-this-job-together. “Together” is not a word you hear often today.

We have adopted, politically speaking, Mark Zuckerberg’s charmless advice: “Unless you are breaking things, you aren’t moving fast enough.” No matter their ideology or politics, the breakers of civilizational safeguards like rules, like manners; like good judgment and the capacity for human outreach, have hard lessons in store for themselves. Likely not just for themselves, either.