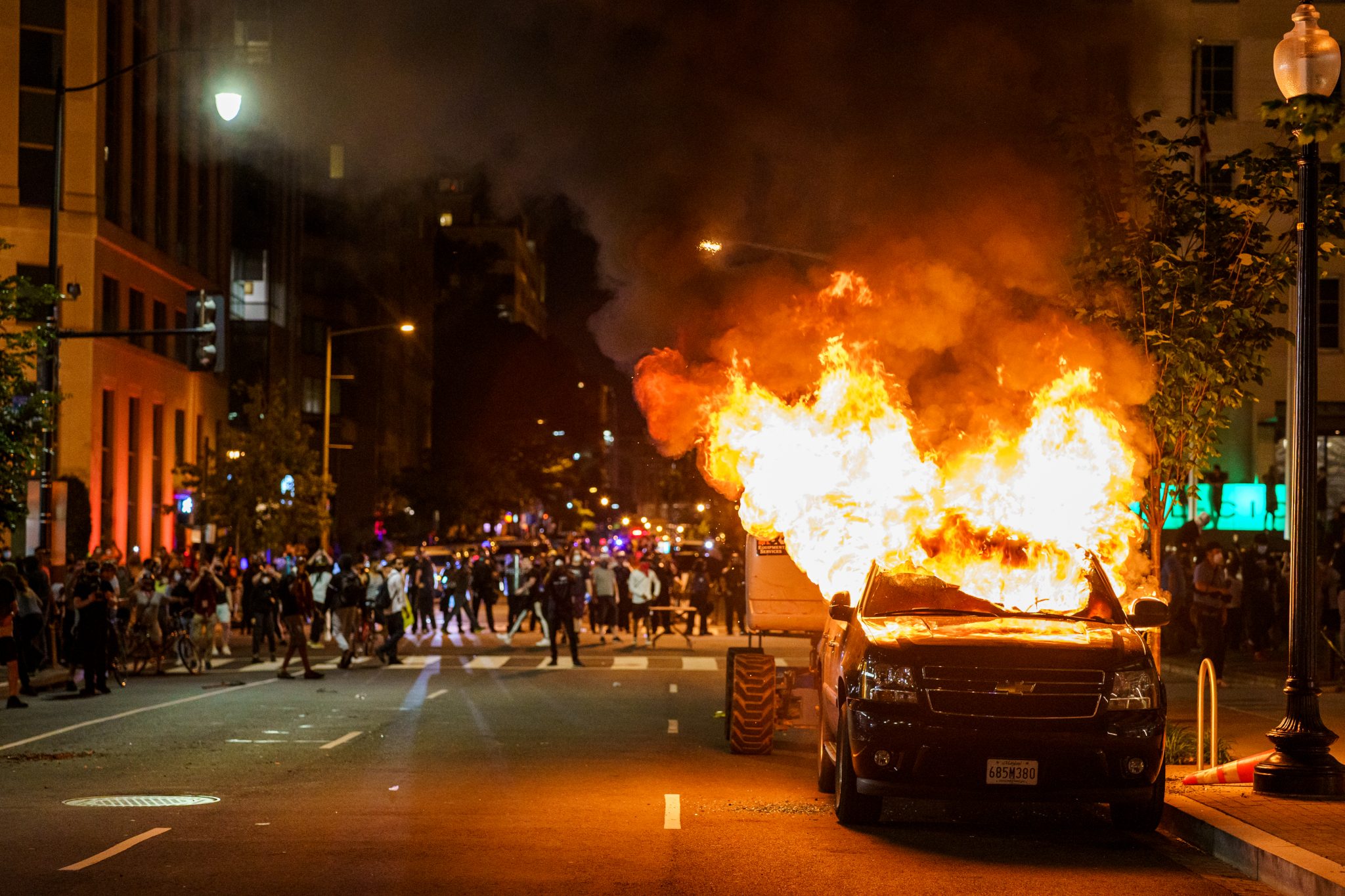 When Ben Shapiro began writing his latest book, How To Destroy America In Three Easy Steps, last December, he knew there was danger lurking, but he probably did not realize just how quickly it would emerge. Before the coronavirus came over from China, leading to over 152,000 deaths in the U.S. so far, a crushing economic retraction, including 40 million Americans filing for unemployment, the destruction of property, and violence and rioting in our city streets, Shapiro was already warning us that a full-blown assault on our basic liberties and egregious government overreach were threatening our democracy, and leading us into increasing polarization. Now it appears that the virus has only hastened Shapiro’s prophecy, which is playing out before our eyes. 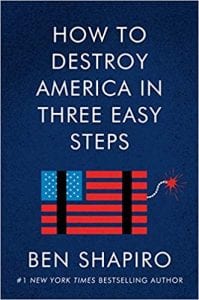 Shapiro’s book juxtaposes two groups of people that are vying for control over the country. He refers to the first group as the “Disintegrationists,” or those who seek to purge our history, destroy our heritage, and dismantle our institutions, with that of the “Unionists,” or those who wish to preserve and honor our history, take pride and respect our shared values and culture, and protect our fundamental liberties through God-given rights.

According to Shapiro, the Disintegrationists believe in three fundamental principles about American history: “First that America was founded in evil; second, that America is irredeemably divided and can never escape her past absent dismantling her principles; third, that America has been, on net, terrible for her citizens and terrible for the world.” The “Unionists” on the other hand believe that “America was born with glorious ideals; second, that America has been united by those ideals more and more universally over time, rather than divided by sectarian interest, and that adherence to those ideals has been at the center of America’s progress; and third, that the world has benefited from America’s greatness.”

Shapiro argues that the Disintegrationist culture “sees individual rights as a challenge to collective power, and that treats government as the only institution worth protecting. The Disintegrationist culture warns that freedom is a rough business, cruel and despairing,” and that “social institutions that inculcate duty are in fact merely instruments for separating us from one another — that only a unified rule from above can instill a sense of true, broad duty sufficient to maintain unity.” Shapiro correctly notes that this view is sheer nonsense.

In the early days of the pandemic lockdown, as we tried to slow the spread of the virus, much of the country initially came together in a way that we had not seen since the days after September 11, 2001. The peace did not last very long. As the shelter-in-place orders waged on, anti-lockdown protesters and business owners began defying government mandates out of fear of losing their entire life savings and careers. The chaos culminated on May 25, 2020, with the horrific killing of George Floyd by a Minneapolis police officer. Suddenly lockdown orders and social distancing were no longer deemed essential by health experts or liberal governors for protests that soon turned violent. These same governors and mayors, who pontificated for months about all the reasons why it was not safe to leave the home, reopen a gym, or sit on a beach, were now “First Amendment” advocates for mass gatherings by the tens of thousands.

We watched in horror as the Disintegrationists looted and smashed windows of businesses, graffitied and set fire to the nursery at the historic St. John’s Church in Lafayette Square, toppled statues into the harbor, saw autonomous zones being set up by “Antifa and Black Lives Matter” protests in Seattle, and Portland, leading to shootings, which in some cases were fatal. We saw violent mobs build a barricade around the Hatfield Courthouse, while attempting to set fire to it with federal officers inside.

We watched the media excoriate a couple in St. Louis for attempting to defend their home with legally purchased firearms after an intrusion by an angry mob, and we’re now seeing crime and homicide rates surge across virtually every major city. As Shapiro notes, “Disintegrationist culture claims, too, that Americans’ stubborn willingness to defend their rights represents a pig-headed defense of a corrupt and hierarchical system.” After months without having any sports to watch, we now have the privilege of seeing millionaire athletes kneel in lock-step before our national anthem. Anyone who pushes back against the Disintegrationists’ orthodoxy, defends standing for the national anthem, or dares to say that they love and respect our country, our flag, and our history is now at risk of being canceled.

Does Shapiro believe the Unionists will prevail over the Disintegrationists? It is not clear, but he does offer hope. Shapiro believes that in order to heal the country, we must find unity over commonality, and not over the areas where we may differ: “A people must share a history if they are to be a people. And as the American people grew, encompassing new groups, our history changed, too. But that history does belong to all of us, which is why we must remember it. Either we share that past, or we let it divide us.”

He invokes Abraham Lincoln and says that in order to restore faith and order in each other and in our institutions, we must sow our wounds together, not tear into them. “Yes we are cruel and generous and brutal and gentle and cynical and idealistic,” Shapiro writes. “But most of all, we must not be enemies. We must be Americans — Americans together — and we will be so again, when we are touched by the better angels of our nature.”