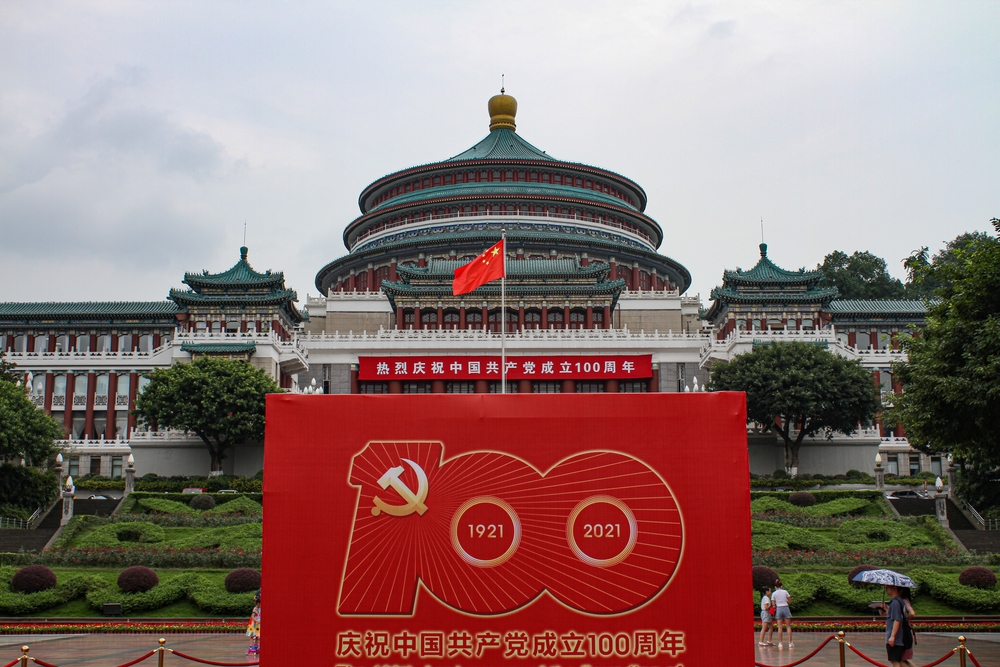 Veteran journalist Robert Bartley (1937–2003) was the editor of the Wall Street Journal’s editorial page for over three decades. He used his mighty pen to advocate for the free market and political freedom and had a huge impact on American public opinion. He won a Pulitzer Prize for opinion writing and was awarded the Presidential Medal of Freedom. Bartley was a senior editorial adviser at The American Spectator at the time of his death in 2003. Former President George W. Bush, in his eulogy for Bartley’s death, called him “a great journalist who influenced contemporary America.”

As The American Spectator’s 54th Annual Robert L. Bartley Gala approaches, I want to share a story about my family in his commemoration.

I was born in Mao Zedong’s China and was taught that the American masses were suffering and starving, waiting for us to liberate them. In 1982, I came to the United States, not to liberate the American people but to study. As I read more, Mao’s lies began to crumble. What I witnessed in the United States was the success of capitalism, and I began to absorb the theories of the free market and democracy in my doctoral study. Especially after studying Taiwan’s experience, I was convinced that only capitalism could save China. In 1989, I wrote a commentary titled “So Taiwan Was Right All Along,” which was published in the Wall Street Journal.

Soon I received a call from Mr. Bartley. He invited me to a small gathering to discuss the situation in China. At that time, the democracy movement in Beijing’s Tiananmen Square was in full swing. Finally, the Chinese Communist Party ordered armed soldiers and tanks to shoot and crush the demonstrators at the square, committing the 1989 Tiananmen Massacre. (CLICK HERE for more from Shaomin Li)

My father, Li Honglin, was a prominent intellectual who supported the pro-democracy movement at Tiananmen. After the massacre, he was secretly arrested by the CCP. My father’s arrest made my whole family extremely worried. In a totalitarian society such as China, where the law is unjust, families can only pray silently for their loved ones who are arrested by the authorities, and there is nothing they can do.

I was the only one in the family outside of China. So, I made his illegal arrest public in the hope that the global attention would deter the CCP from torturing him. I immediately thought of Mr. Bartley, and I hurried to tell him the sad news. Mr. Bartley then asked Ms. Claudia Rosett, a senior editor at the Wall Street Journal, to interview me about my father’s arrest. Soon, the WSJ published a front-page story titled “Lost in the Chinese Gulag,” about several prominent intellectuals who were arrested in the aftermath of the 1989 massacre, including their portraits in the WSJ’s famous Hedcut style.

The Wall Street Journal report had a significant impact. My father’s conditions were improved. Ten months later, under international pressure, the CCP released him.

Twelve years later, in 2001, I went from Hong Kong to Shenzhen, China, and was secretly arrested by the CCP at Shenzhen’s Luohu checkpoint on charges of “endangering state security.” My “crime” was urging China to learn from Taiwan. The Wall Street Journal also spoke out about my unlawful arrest. The WSJ published Rosett’s article, “The 25th Hostage” (China detained 24 American crew members at the time of the Sino-American plane collision), condemning the political persecution and calling for my release. My portrait was published in Hedcut style, too. The WSJ also republished my commentary about Taiwan to show its support for me. I am probably the only author who got his article published twice in the WSJ! Five months later, being under strong protest from the international community, the CCP released me.

The pen is mightier than the sword. The pens of Bartley, Rosett, and their colleagues at the Wall Street Journal are more powerful than the CCP’s tanks; they saved two generations of my family.