by Ben Stein
View of Lake Pend Oreille from above Sandpoint, Idaho (Amehime/Shutterstock.com) 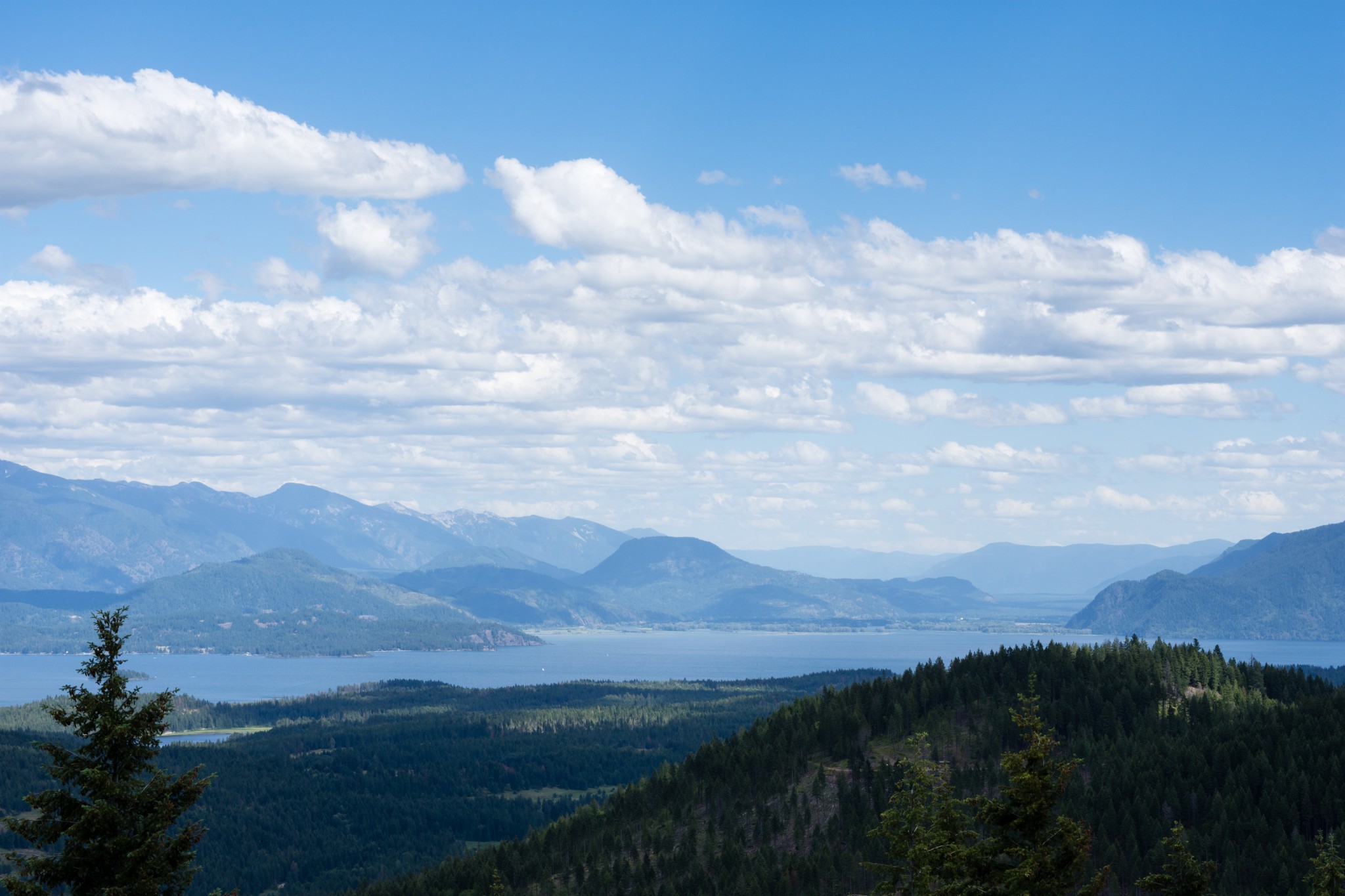 I’m back from North Idaho. It was fabulous. I lay in my bed and listened to Warren Buffett’s BNSF trains rumble by at all hours of the day and night. There are more trains than ever and they are fuller than ever. Prosperity.

Sandpoint has changed a lot. Really, a LOT. On City Beach, there are many Asians. They are from the Gilberts and the Marianas. They are from India in huge numbers. Apparently, the Spokane-Coeur d’Alene-Sandpoint axis is becoming a high tech mecca.

The days of the all-white beaches in Sandpoint are now weekdays only. There are almost no blacks, but the Asians are there doing whatever Asians do. I am happy to see them there. This country got to be the greatest country in history because of the hard-working, intelligent, family-oriented immigrants who came here and their descendants.

Now, as all of you know, I often get in my car and drive my little group along highway 200 to Priest River and stop for gasoline and milkshakes at a local cafe/variety shop called “Mama Mac’s.” It’s been there forever.

Now, Mama Mac’s is owned by an Indian (East Indian) family called (of course) Singh. They do a great Je running the place and the milkshakes are better than ever. The Singh family apparently own several HUND- RED of these small town shops and are making an empire of them — and why not? This is how Americans get to be rich.

Now, Mr. Bezos capitalized on a titanic arbitrage in American life. Thanks to the Internet, he could allow Americans (and others) to buy whatever they needed without traveling to the store, standing in aisles, and checking out. It could all be done almost magically by pressing a few buttons. The saving of human life was fantastic, maybe on a larger scale than the invention and development of electricity. Will the Singhs be able to save time and money for people like that? I don’t see how. But they may be able to replace slothful workers with diligent workers and thus make the Singhs wealthy. One thing is likely: the small town ambiance of small stores in red states is likely to change.

I bought ice cream sandwiches and brownies at the Singhs’ place, then raced north on Route 57 to Priest Lake. I was driving a Chevy Equinox. It is a four-door, incredibly inexpensive SUV. It handles well, has a solid feel, and costs almost nothing. Chevy has a major winner here.

We zoomed north for about twenty minutes on route 57 through dense forests and along the virtually pristine Priest River banks. It is heaven.

We came to a small tavern called the Falls Resort. It is located exactly above a tiny waterfall of a tributary of Priest River. It has a bar, a pool table, and a restaurant. Some thoughtful owner put in a thick glass floor over the falls. So, you can sit at the bar and watch the water cascade below you. This place is remote, but charming and staffed by friendly men and women.

I don’t drink alcohol so I sat there and drank ginger ale. By an amazing coincidence, the only other customer was a middle-aged man who is a professor of economics at Arizona State. We had a nice talk about “the dismal science.” It dawned on me that since we got “supply side” and the notion that deficits don’t matter, economics has become “the happy science.”

Yes, we can now spend our way to prosperity. Yes, we can burden our posterity with unimaginable debt and it won’t matter. We are in a Brave New World. Thank you, Arthur Laffer. Will it work? It hasn’t so far in that we were promised that lower taxes would lead to lower deficits. The exact opposite has happened. But no one pays attention to facts any longer in economics or anywhere else. We are living in fantasy land in many different ways.

Back into the miraculous little Equinox and up the highway to Priest Lake. We headed east off 57 and into Hill’s Resort. I have written about this place many times before. It’s a lumber-rich series of buildings on the shore of Luby Bay. There is a tiny lobby, a large restaurant and bar, and an outdoor restaurant. Then there is a shore and a volleyball court and a dock and many boat landings. There is nothing modern about it at all. NOTHING. Guests stay in family-size cabins.

The staff are almost all young college kids with fresh faces and great attitudes. If you could throw yourself into a time machine and go back to 1958, that would be Hill’s Resort. No tension. No anger. No envy. No violence. Peace and more peace.

We watched the kids playing volleyball and ate our goat cheese and shrimp. The sun slowly lowered over Priest Lake, an immense lake, but small compared with Lake Pend Oreille. Speedboats came in and out of Luby Bay. Two seaplanes circled, “landed” on the water and took on passengers and then took off again.

Dozens of diners thanked me for my work on Expelled and my lifetime of writing and “acting.” I was happy. I have hardly ever been so happy. Being recognized and appreciated in a super gorgeous outdoor setting is good stuff. A kind man paid for our dinner without my even knowing until we were leaving. I thanked him and he thanked me for my writing for The American Spectator and my show, The World According to Ben Stein, and for Expelled.

There were dozens of beautiful waitresses and hostesses around. They all thanked me, too.

On the way, my pal Bob drove. I slept and thought of how incredibly blessed I am to live in America. Beyond blessed. Elevated.

I spoke to my wife on the phone many times on the way home. She’s a goddess.

A thought keeps running through my mind: how can we survive as a nation with “leaders” and a media who tell us constantly what a horrible people we are and how ashamed we should be of ourselves? We should be the proudest people in history, but the Bolsheviks who run our media and our government teach us to hate America and ourselves. This is criminal sedition.

At home, I lay in the guest bedroom and listened to the massive BNSF trains roll by. How long, O Lord. How long?

I watched Perry Mason until three a.m. and watched an immense gold moon rise over our marina.

Stendahl wrote long ago, “Hardly anyone who is now alive can know how sweet life was before the Revolution.”