by Larry Thornberry
The Vennel, a street in Edinburgh (Scotland’s Scenery/Shutterstock.com) 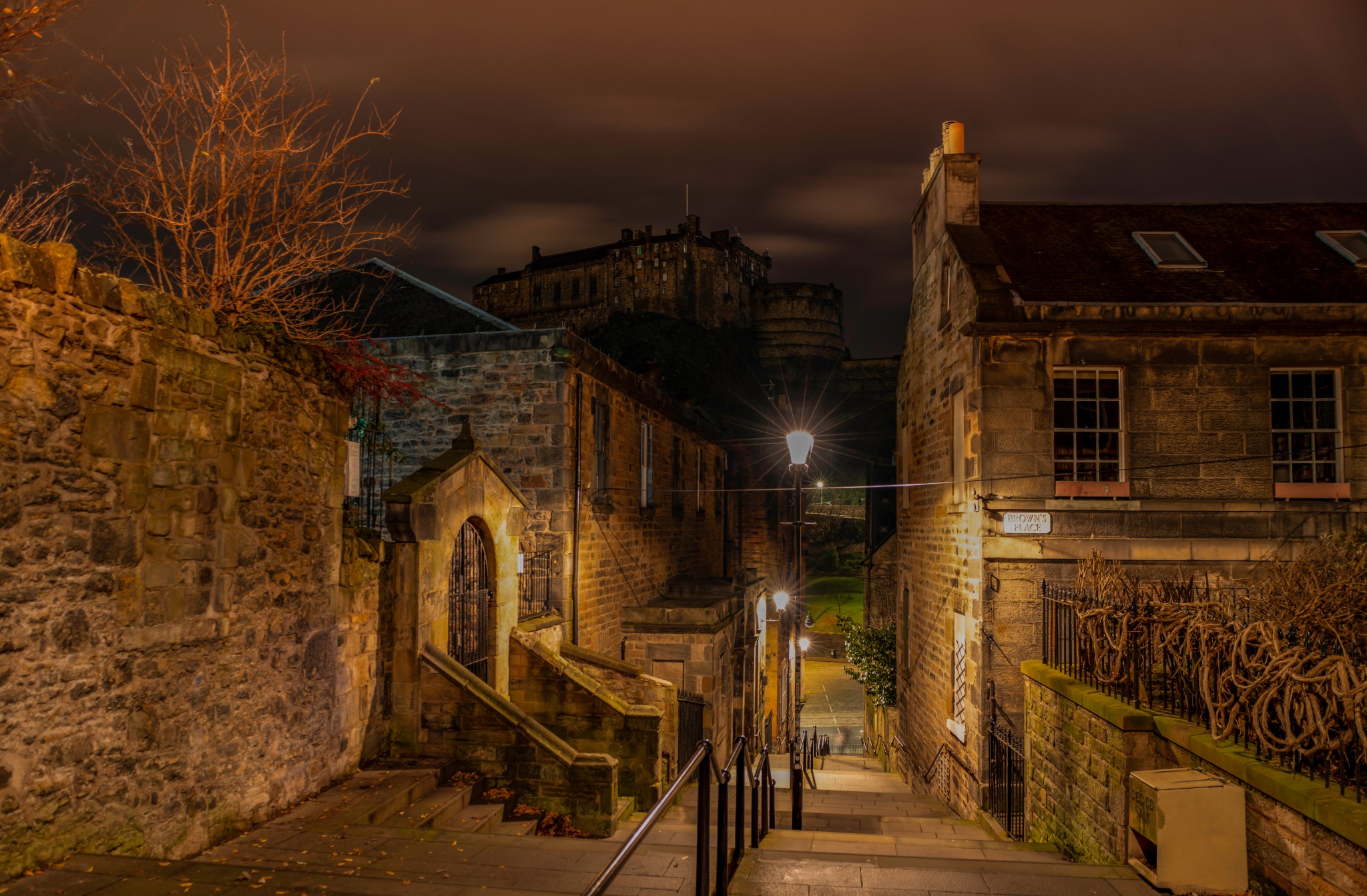 After over-dosing on political reading, writing, and viewing for weeks (it seemed much longer, and it starts again soon), I felt justified in taking a break and indulging my life-long taste for detective fiction. If you share this innocent pleasure, I have a good one for you.

It’s not easy for any writer to keep a long-running series character fresh and compelling. Too often the later books seem a bit flat. Not quite delivering like the earlier ones. Even the late, great Bob Parker, creator of the tough an amusing Boston PI, Spenser, seemed to be mailing it in toward the end. But this is not the case with Ian Rankin and his creation, the irascible, unorthodox, and entirely inner-directed Inspector, now retired and a PI, John Rebus. A Heart Full of Headstones, the 37th edition of Rebus — hard to believe he’s been around since 1987’s Knots and Crosses — is just as readable as the early stories.

The maverick detective who bends the rules to the breaking point, is insubordinate, sometimes walks a line just short of criminality himself, but is tolerated because he really likes to nick villains and gets results, is well-traveled territory in books and on the screen. But Rebus is one of the finer examples of the form. This is down to Rankin’s flawless plotting, his use of suspense, his deft portraits of the gritty side of Edinburgh, his ability to back-foot readers with surprising but plausible twists. Then there’s his ability to continue to reveal new sides to his central character, who you wouldn’t want your single, adult daughter to bring home, but who is fascinating nonetheless.

Not everyone is on board with Rankin and Rebus. Some smarty-pants reviewers refer to Rankin’s work as “tartan noir.” But while Rebus respects neither manners nor procedure, he’s no cynic. And the plots and endings tend not to be the dark downers that noir requires. Leave this stuff to the many Scandinavian depressives writing crime stories now. Rebus has his own kind of off-beat charm (an acquired taste, defense stipulates), and he can be funny. Search any 10 noir novels or movies looking for a laugh line. Diogenes, a right noir character himself, had an easier search.

The cast of Headstones is large, including many characters seen in previous stories along with some new ones, and the novel opens in a way no Rebus regular could possibly anticipate. Over the decades Rebus’s dogged detective work has put many a villain in the dock, looking at prison time. But this story opens with Rebus himself on trial for a serious crime, the nature and disposition of which readers won’t learn until the final pages of the book. (I’m not going to tell.)

After the courtroom setup, PI Rebus, now in his sixties, a grandfather, and suffering from COPD after countless cigarettes over the decades, takes on an unusual commission from an old foe. Career criminal Morris “Big Ger” Cafferty, with whom Rebus has sparred over the years without ever quite taking down, is getting on himself and is now confined to a wheelchair. He wants Rebus to find a man that he wronged long ago so that he can patch things up with him. Or so he says. The assignment sounds fishy to Rebus. It only slowly becomes clear why Rebus takes on a job he has every reason to be skeptical of, especially as the talk in criminal circles is that Cafferty had the man he sends Rebus after murdered years ago.

While Rebus conducts his manhunt in his usual pushy style, even though he’s no longer the intimidating physical specimen he once was, his former police partner, Siobhan Clark, now a detective inspector, has her own missing person case. Cheryl Haggard, wife of uniformed cop Francis Haggard, goes missing after a fight with her husband who, even before this last marital dust-up, had been charged with domestic abuse. In order to get the charges against him dropped, Francis is threatening to spill the beans on other officers of the Tyndale Station, where Francis worked. Tyndale is full of skeletons the police establishment would very much like to keep in the closet. We’re introduced to the Tyndale cops, most of whom are a bigger threat to honest Edinburghers than the villains they’re paid to pursue. No surprise, Francis does not live long after his blackmail scheme becomes known.

A nosy but competent reporter plus an internal affairs cop who has always wanted to get the goods on Rebus complicate matters.

The story lines converge and overlap in interesting ways before resolving, keeping readers entertained while guessing.

Headstones reads well as a stand-alone. But greater pleasure comes from picking up the story of the free-spirit Rebus and the straight-arrow Clarke early on in the series. Both characters are smart and competent, but as different in their approaches as it’s possible to be. They make a fascinating but unlikely team, whose stories repay the reading time.