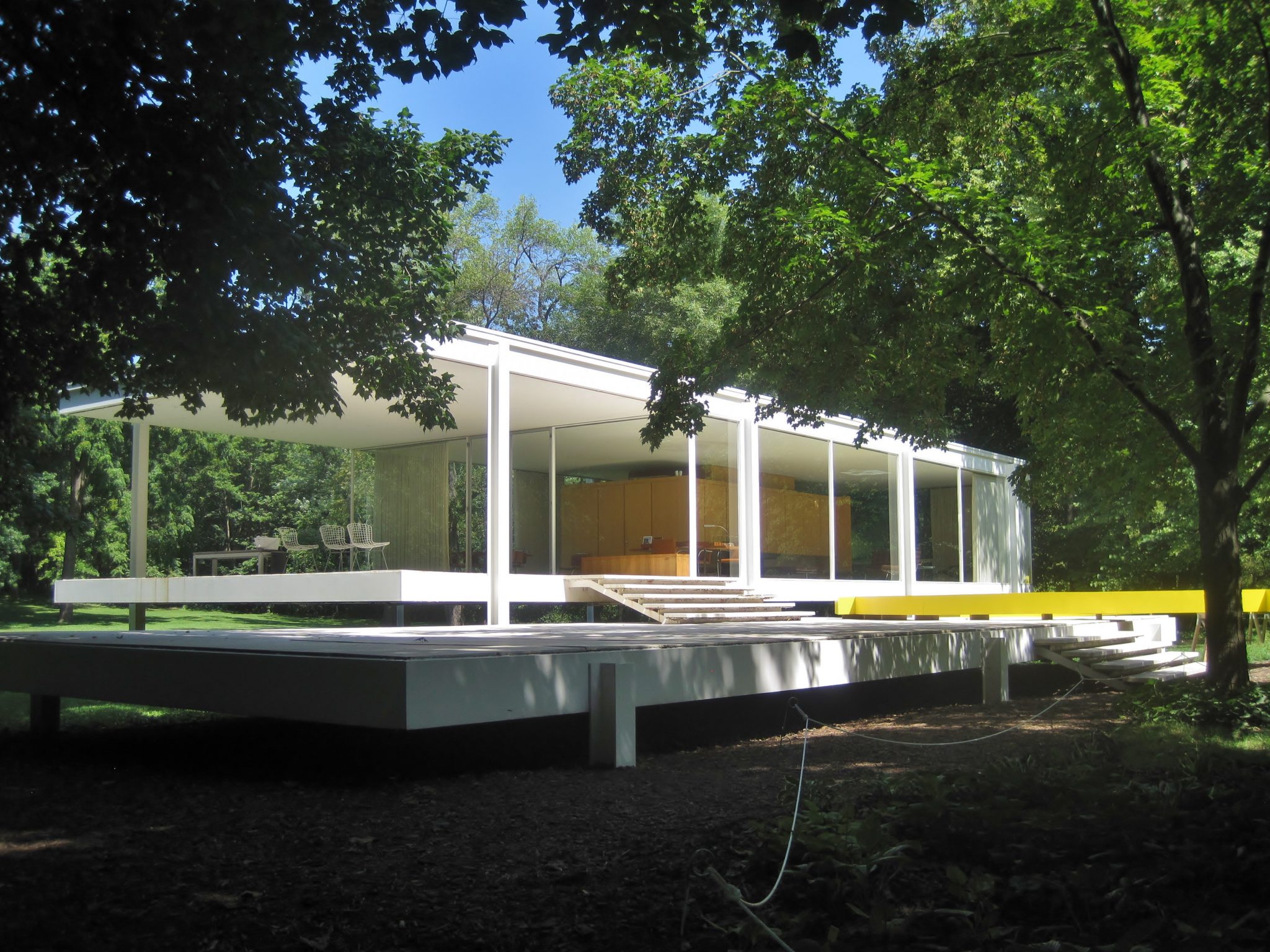 The story of architect Ludwig Mies van der Rohe and one of his lovers, Dr. Edith Farnsworth, begins with a mischievous sparkle as the two meet at a Chicago dinner party and make their first tentative connection. Neither had any inkling they would go on to create a modern architectural masterpiece and end up in court with their lawyers hurling insults at each other. The masterpiece survived, but their collaboration didn’t.

Many years later, Alex Beam, a veteran columnist at the Boston Globe, sensed a great clash of egos and much drama along the way as he looked into the project. His new book, Broken Glass: Mies van der Rohe, Edith Farnsworth, and the Fight Over a Modernist Masterpiece (Random House), tells the story with great panache.

Beam takes no shortcuts. For five years he dug into published archives, read and digested a 3,000-page court transcript, and interviewed about a hundred sources (he says he lost count) to piece together a largely overlooked theme of Mies’ much-chronicled life. Beam is the first to explore how Edith Farnsworth played a pivotal role in the creation of the “glass box” on the Fox River just an hour outside of Chicago. She rather casually hired Mies (without a contract) and financed it. Final costs exceeded estimates ten-fold. 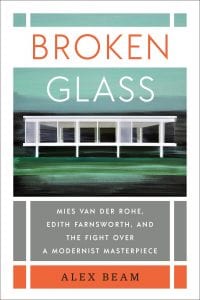 Beam paints a fascinating portrait of the elusive, German-born Mies and Edith, a physician and the most accomplished woman in his life — two strong-minded achievers in search of something big. They eventually made architectural history. Today, some 70 years after completion, Farnsworth House remains a milestone in architectural studies and a mecca for students eager to experience it firsthand.

Predictably, tensions grew, and the collaboration faltered during design and construction. Architect Karl Freund, who helped build the house, put it best: “Building is a very delicate thing and if there’s lovey-dovey stuff, it doesn’t work.”

Yet the result, before their relationship soured, was the iconic one-room glass box suspended on stilts, conceived in 1945 and completed in 1951 — long overdue. Beam shifts between the human story and the nuts-and-bolts detail of choosing materials, installing plumbing, and erecting a design that never had been tried before. (Actually, there were antecedents of one-room design, but none to match this.)

Even Mies had tried concepts close to Farnsworth House while still working in Germany. But architects often refine their experimental ideas throughout their careers. As Beam writes, “If architectural self-plagiarism were a crime, Frank Lloyd Wright would have spent his life in jail.”

As in any new concept, nothing works quite as expected. Farnsworth House had a leaky roof, interiors dependent on the extremes of American Midwest weather, and flooding when the Fox River decided to overflow its banks. The practicalities of keeping four walls of glass clean elicited this comment Farnsworth made to the Chicago American: “Believe me it’s a real job. You work outside with a hose and inside with a squeegee.”

Beam, who admires the house but keeps his story balanced, sums it up with one of his well-honed turns of phrase. Farnsworth, he writes, hired Mies to build a modest weekend cottage, and in the process she became “midwife to an innovative architectural masterpiece.”

The protagonists ended up in court, a six-week legal circus that produced vitriolic exchanges and a voluminous court record. Farnsworth was not worried about public exposure, however, because no one would read it, she said after the hearing. But Beam, a dogged reporter and rigorous researcher, read it, and the public courtroom clashes make up the centerpiece of the book.

Beam mixes irony and drollery with the stark verbatim courtroom quotes, showing Farnsworth playing the innocent, or, as he puts it, adopting the persona of the “Woman Who Doesn’t Know Much About This Kind of Thing.” Questioned about construction details, “she generally pleaded ignorance,” Beam writes.

He anchors his story amid the tumult of warring architects. The big names of the 20th century are all in here: Frank Lloyd Wright, Philip Johnson, I. M. Pei, Myron Goldsmith, Le Corbusier, László Moholy-Nagy.

As for the “glass box,” rarely has an architectural experiment aroused such extremes of hostility and admiration. One side is convinced the house is a masterpiece. The other expresses condemnation of the entire project. Farnsworth encapsulated her personal ambiguity in a comment to a Newsweek interviewer: “This handsome pavilion I own is almost totally unworkable.”

She told another journalist, “[A]ll I got was this glib, false sophistication. The conception of a house as a glass cage suspended in air is ridiculous.”

And yet the Farnsworth House stands proudly on the Fox River, battered by weather, restored and renovated by subsequent owners, and very much a milestone in architectural history. It is now the property of the National Trust for Historic Preservation.

In the end, Edith Farnsworth became one of the most relentless critics of the project, and she sold it. She then realized her real dream, leaving medicine and Chicago’s harsh winters and moving to Italy to start a new life writing and translating poetry. She died in 1977 at 74, eight years after Mies van der Rohe.