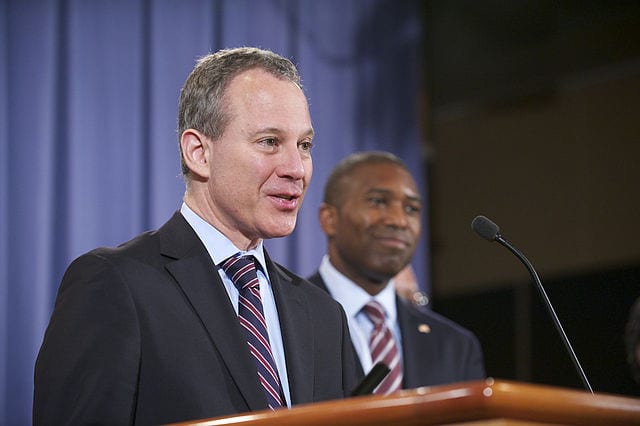 Hypocrisy is a hardy political perennial. It’s so common we hardly notice it anymore. Both left and right are guilty of it, though the left quite a bit more. But rarely do we see an example of hypocrisy so pure that it would probably damage your eyesight if you looked directly at it. Such an example is the lawsuit filed Thursday by the New York Attorney General against Donald J. Trump, his children, and the Donald J. Trump Foundation. The suit alleges the Trumps and foundation officials used the foundation for political and personal business purposes.

Well, we sure can’t have ostensible charities serving political ends or personal enrichment. For this reason, I can’t wait until the New York AG’s office takes out after the Clinton Foundation.

So who’s responsible for suing the New York Attorney General’s office for operating for political purposes? The available evidence suggests the office is a wholly-owned subsidiary of the New York Democrat Party.

In the meantime, avert your eyes from this peccadillo, lest it damage your vision.