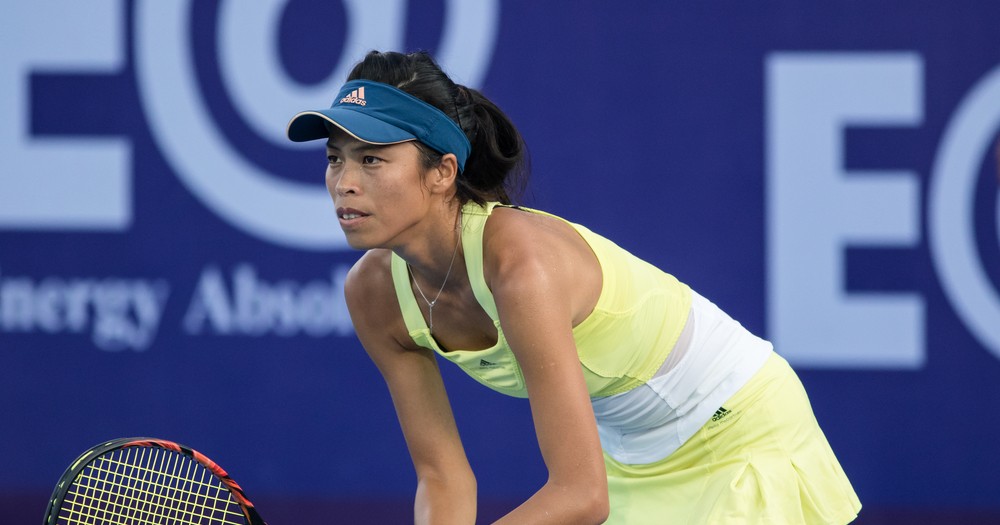 Naomi Osaka beat Su-Wei Hsieh in the quarterfinals at the Australian Open because she overpowered her opponent with a game plan devolved from the style of Serena Williams, the finest player of the age and Miss Osaka’s idol since she was a wee girl in New York and Florida.

Miss Hsieh is the finest and most famous person in China after Na Li and Xi Jinping, but Miss Li is retired now and Comrade President does not play pro tennis, though he is known to exercise. Miss Hsieh, at 35, goes her own way, content to be a free Chinese person even when the Reds offer her big bucks to become one of theirs, and she brings one or sometimes two tennis racquets in a shopping bag on the court and makes no endorsements.

Miss Osaka has been the face of Mastercard throughout the tournament, and Miss Williams is one of several famous endorsers of Nike apparel.

Miss Hsieh, who says she eats bagels to avoid bagels (when you get zero games in a set) in match play, is known to play with the same strings for as long as two or three years, or until they break. Most serious players restring their racquets several times a year, and the pros do it between tournament rounds or even during matches.

What she has, apart from joy and humor, is guile, fantastic tactical sense, and a wide variety of shots — drops, trick slices, sharp volleys, abrupt changes of pace and placement. She has the best feet in the game, the softest (meaning surest) hands, the quickest eye. Her groundstrokes, two-handed from both sides, and her stance are definitely not classic, but they work. She is a three-time Grand Slam champion in doubles.

But she lacks power. Miss Osaka was waiting at the quarterfinals, and she hits hard.

She never let the frail-looking Miss Hsieh (she is in fine shape, not to worry) get into the game, because she knew once that happened, as it did in this very place two years ago, she would be finished. In this sport making the other person lose is as important as willing yourself to win.

But it was a splendid run, and she observed after the match she loved Melbourne. None of the usual “I gave all I had, and my opponent just gave even more, but I’ll get back to work and try harder!” She said they have great Korean food, among other kinds.

Miss Williams (Mrs. Alexis Ohanian) is credited with having taken the women’s game to “another level,” to speak kid-ese, or, in more technical terms, to have improved upon the power game pioneered by the likes of Martina Navratilova, Steffi Graf, and her own sister Venus.

All things being equal, power is decisive, yes, but all things never are equal. That is why speed matters — Steffi Graf indeed — as do shrewdly placed shots, tactical setups requiring thinking several shots ahead, volleys, endurance, heart. Serena Williams displayed all in getting to the top of her class and staying there for an astonishing 20 years (and counting), despite serious injuries and health scares.

It was this mix — power, smarts and heart — that put Miss Osaka ahead after an unsteady start and kept her there for a little over an hour, to take the match in two sets.

Naomi Osaka’s power is evident, she hits deep high-speed groundstrokes, and the smarts can be seen, even when televised, in the way she repeatedly sets up her opponent to be on the wrong side of the court when she lets loose a cross-court winner from either wing. She also returns serves, including Miss W.’s fearsome first serves, with quick shots right down the line, which none but the most fleet-footed dare try for.

The baton may not have been passed yet; we do not know. But on this day at least, as at the 2018 U.S Open, Serena Williams met her match, as legends must.

Miss Williams, though visibly upset after the loss, which also represented yet another delay in her quest for her 24th Grand Slam singles title, has made several career comebacks, each one stronger than the one before. And Miss Osaka, currently on an impressive streak — which America’s Jennifer Brady hopes to stop in the women’s final on Saturday — has still to show that she can, not necessarily win everything of course, but consistently be the favorite on tour.

What is that extra ounce that makes a champion? Heart, nerves — you can look in different ways at the quality that makes you fight on through a bad scare when nothing seems to work. It may be described as tenacity and passion, endurance and courage — heart.

Or it may be seen in the closely related conquest of your own demons and insecurities — nerves. Miss Osaka, in fact, appeared early in her match with Miss Williams to be wrestling with those; her steadiness after dropping the first three games against so intimidating an adversary signaled that she, not unlike Iga Swiatek earlier in the tournament, can meet this challenge.

Su-Wei Hsieh is older than Naomi Osaka, indeed closer to Serena Williams in age, and, improbably, she may have lessons for them all — and for the men, too, in the matters of hearts and nerves. Her concentration on court is as total as any other player’s, but just as she is nonchalant about equipment, she is, reportedly, less than obsessed with “work” and gladly cancels practice sessions. She thinks of Paris, where she lives with her true love when not touring, and she stays close to her parents and many siblings on the brave little island whence she comes. You look at her and you know that, wacky and funny as she sometimes appears, she is happy in the (must I sound so corny?) deep, serene sense of the word.

Miss Hsieh has a life; her game is part of it, but not all. Maybe players — and their coaches, and for that matter anyone who is in the business of educating the young — should ponder that.