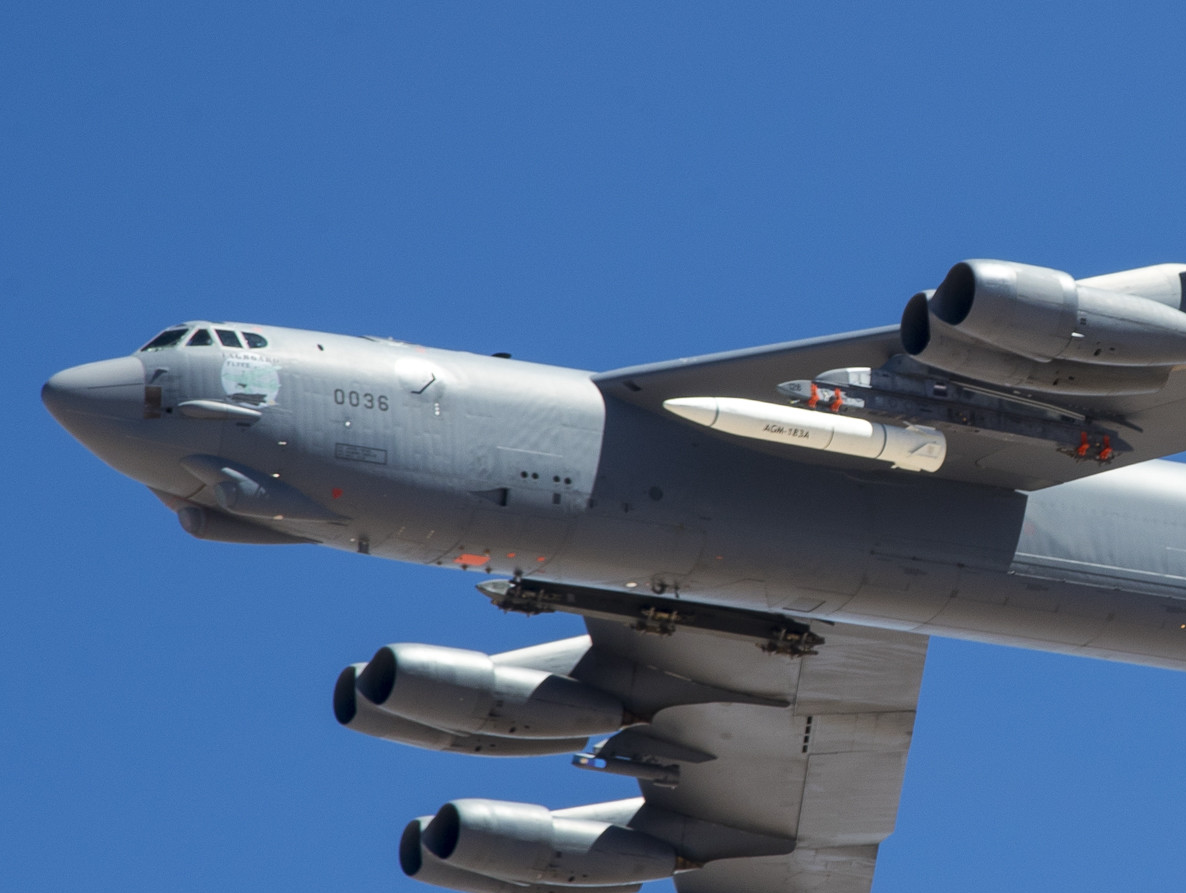 President Joe Biden, U.K. Prime Minister Boris Johnson, and Australian Prime Minister Scott Morrison said Tuesday that they will begin working together through their new security alliance, AUKUS, on the development of hypersonic missiles. The announcement comes just months after China stunned the intelligence community by testing two hypersonic missiles, both of which are nuclear-capable.

The trilateral security pact was created in September 2021 in response to growing concerns over Chinese expansion and military development.

Hypersonic missiles have become the focus of the defense community in recent months following the successful test by the Chinese and their purported use in the war in Ukraine. In March, Russia claimed to have used a hypersonic missile to destroy a western Ukraine arms depot, and reports from U.S. military intelligence suggest Russian forces have used them repeatedly since then, as the president confirmed their use on Monday. The Russian use of hypersonic missiles in Ukraine would mark their first use in the history of combat. These weapons travel more than five times the speed of sound and are much harder to defend against as they fly at low altitudes beyond the line of sight for ground-based radar and have the ability to maneuver mid-flight.

In an October interview with Bloomberg, Chairman of the Joint Chiefs of Staff Mark Milley confirmed the Chinese tests and warned that they were a “very significant event … and it is very concerning.”

At an AUKUS check-in meeting Tuesday, the three world leaders announced their plans to coordinate the development of hypersonic missiles. A joint statement from the meeting said they are “committed today to commence new trilateral cooperation on hypersonics and counter-hypersonics, and electronic warfare capabilities, as well as to expand information sharing and to deepen cooperation on defense innovation.” The Australian president went further, telling reporters, “The paramount goal is to ensure we get that capability as soon as we can and it’s in the best form that can be working with our partners.”

The Pentagon’s budget for 2023 includes a requested $4.7 billion for the research and development of hypersonic weapons as well as for the creation of a hypersonic missile battery next year, a sea-based missile by 2025, and an air-based cruise missile by 2027. Australian Defense Minister Peter Dutton announced plans in March to spend $2.6 billion to acquire long-range strike missiles for fighter jets and warships.

Hypersonic missiles are changing the way nations plan for their strategic defense for two reasons. Firstly, they are so fast there would be very little time – just minutes – between a launch being detected and a country’s leader having to decide whether to retaliate. There is almost no way of knowing whether that missile is nuclear-tipped or not. Secondly, their flight path, especially that of a hypersonic glide vehicle (HGV), is so hard to predict it makes interception extremely difficult.

Gardner further notes that “They can also be launched from either air, sea or land.”

The U.S. conducted tests of hypersonic weapons in late March; however, the Pentagon kept reports of the testing secret for several weeks in the hopes of not exacerbating tensions with Russia.