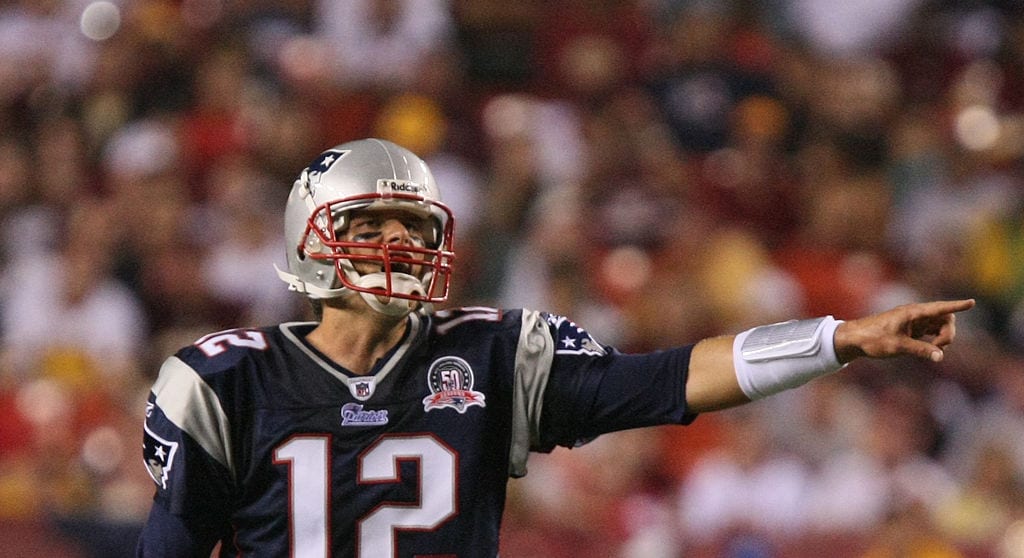 When Super Bowl LIII takes places in Mercedes-Benz Stadium in Atlanta on Sunday it will occur — stop us if you’ve heard this one before — in the house that taxpayers built.

In an ever-growing race to offer bigger subsidies to owners of professional sports franchises, Georgia taxpayers forked over nearly $700 million of the $1.5 billion it cost to build the replacement for the “ancient” two-decade-old Georgia Dome.

The amount of money that is handed out to National Football League (NFL) teams is so large that Atlanta isn’t even the biggest beneficiary of taxpayer handouts. That mantle belongs to the Raiders, to whom Las Vegas and Clark County are guaranteeing $750 million in taxpayer money for the $1.9 billion Las Vegas Stadium, the most expensive of its kind. It’s scheduled to open in 2020.

Other NFL teams aren’t far behind, with the Indianapolis Colts getting $619 million from taxpayers for Lucas Oil Stadium and the Minnesota Vikings benefiting from $500 million in handouts for U.S. Bank Stadium.

Federal taxpayers are also footing the bill. The NFL has reaped $1.1 billion worth of subsidies for the funding of stadiums via tax-exempt municipal bonds according to a study by the Brookings Institution.

What did taxpayers get for their alms? The niceties of Mercedes-Benz Stadium include a 1,100-foot-long, 360-degree scoreboard along the inside perimeter of the roof, a 16-story window with a stunning view of downtown Atlanta, 1,264 beer taps serving 40 varieties, and a 61,000-square-foot plaza outside that includes a 73,000-pound falcon sculpture from a Hungarian artist.

Mercedes-Benz Stadium will reap 39.3 percent of Atlanta’s hotel tax revenue through 2050. That includes $200 million for the construction of the stadium and an estimated $500 million in additional revenue that will pay for financing, operating, and maintaining the stadium over three decades — though it should be noted that the demolished Georgia Dome was built in 1992. Across town, the Major League Baseball’s Braves began play last year in the new Sun Trust Park, funded with $400 million from taxpayers. The Braves left behind Turner Field, which was initially built for the 1996 Summer Olympic Games and converted into a baseball park the next year.

So take that 30-year-plus life span of Mercedes-Benz Stadium with many grains of salt.

In addition to the cost for the stadium, local taxpayers also get to foot the bill for tens of millions in nearby infrastructure improvements.

Despite concerns about the economic benefits of such subsidies, the handouts only continue to grow. A 2015 Taxpayers Protection Alliance report noted that nearly every NFL team had benefited from public subsidies, a total of $7 billion between 1995 and 2015. In just the past few years, three cities (Atlanta, Las Vegas, and Minneapolis) and their respective states have committed nearly $2 billion in taxpayer funds toward NFL stadium projects.

The TPA study found that a majority of areas saw a decrease in median income and an increase in poverty rates in counties in which taxpayers paid for football stadium construction costs between 1995 and 2013. During that span, national median household income rose 0.3 percent, inflation-adjusted, while median household income decreased 5.7 percent in the 12 counties that footed most of a stadium bill.

Sports fanatics may love having a hometown NFL team, but citizens in general are harmed by the subsidy wars between cities with an itch for professional sports franchises and plenty of taxpayer money at their disposal to attempt to lure them – or keep them – there.

No matter who wins in the match-up of the Patriots and Rams on Sunday, taxpayers will be the biggest loser.