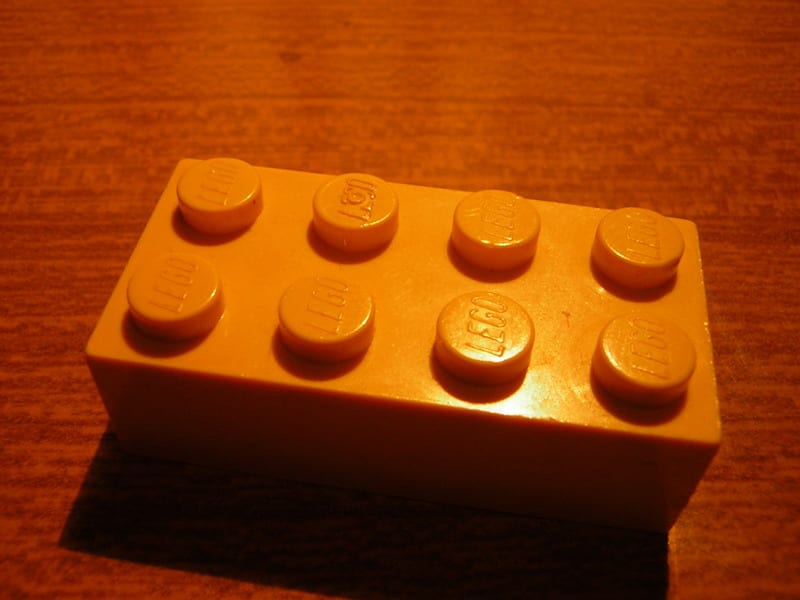 We needed no further evidence, what with so many episodes of utterly daft behavior on the part of public school officials across the land. But it should be clear now that while it’s not absolutely necessary to have no sense of proportion whatever to complete an advanced degree in education, it certainly helps.

The latest example of administrative overreaction and incoherence comes from New Haven, Connecticut, where police were called when a student at Jepsen Magnet School made a likeness of an AR-15 out of Legos. A pretty good likeness, which, it is reported, he pointed at classmates. In more sensible times this example of typical and harmless boy behavior would have been handled by the teacher, in her best command voice, demanding, “SKYLAR! (Not the kid’s name in this case.) Sit down right now and dismantle that thing or you’ll be staying after school until you’re old enough to vote.” Skylar would have complied, though perhaps with minimal enthusiasm. End of problem.

But now, in our frenzied, post-common-sense state, we’ve modified Newton’s Third Law to read: “For every action there is an unequal and opposite overreaction.” So local police were called to deal with a matter previous generations of teachers would have handled themselves without breaking a sweat. It makes one wonder. Had this student pulled the hair of the girl sitting in front of him in class, who would have been called? The 82ndAirborne? Seal Team 6? The Foreign Legion? The League of Women Voters?

News reports don’t say who overreacted and called in the fuzz. (It also doesn’t say if New Haven Police answered this call with blue-lights and siren.) It would seem to have been easy enough for the local school system to say that someone at the school momentarily lost his/her head and called the cops. And that this official, as well as Homer (not the kid’s name in this case), have been counseled and so there is peace at Jepsen Magnet School again. Not to worry.

But no, no, no. This would have been too easy and sensible. New Haven school officials took the insane course of trying to act like what happened here was not totally insane. New Haven Public Schools chief operating officer Will Clark released some bureaucratic gobbledygook designed to suggest to the good burghers of New Haven that their school officials have not gone, as the Brits would put it, totally off the latch.

Parse this if you can:

School leaders and local police partners were able to investigate and resolve the issue internally with use of restorative practices. Appropriate steps were taken at the school level to insure [sic] the safety of all students and to impress upon the students the seriousness of engaging in positive peer interactions while avoiding conduct that may pose a risk or concern to others.

Huh? “Restorative practices”? What on earth could this possibly mean? “Police partners”? Was this a crime scene or a square dance? “Investigate”? The boy made a plastic gun because young boys like guns. What’s to investigate? And my favorite, “positive peer interactions.” When did teachers and principals (now known by the preferred and more abstract “educators”) begin talking in this clunky and meaning-free manner? It’s hard to tell in this case if Clark is deliberately being obtuse or if he just doesn’t speak English well. I suspect the former. He appears to be trying to put, if not lipstick, at least bureaucratic bilge on this pig.

What did Clark and his merry band think the kid was going to do? Shoot his classmates full of plastic? Don’t look for the full-auto Lego-gun to appear at gun shows any time soon. The whole silly business puts me in mind of Yossarian in Catch-22 leading his mess-mates on about the German’s new LePage gun, which, he told them, clued entire formations of bombers together. About as much reality in both “guns.”

By the way, doesn’t the New Haven Schools curriculum include anything more rigorous than playing with Legos? (Legos is new to me. It wasn’t around when I was school-age. I only recently learned that it’s not a brand of panty-hose.) Isn’t this something kids should be doing at home after school? And are other forms of harmless boy behavior to be criminalized in New Haven? I fear the answer to this last one is yes — and not just in New Haven. Had my teachers dialed 9-1-1 (or the equivalent back then) when my classmates and I did something boyish, we would have kept the Tampa “police partners” hopping.

We send kids to school to ensure they don’t grow up ignorant and stupid. Fat chance they’ve got when the people in charge of their schools are dumber than a bag of hammers.