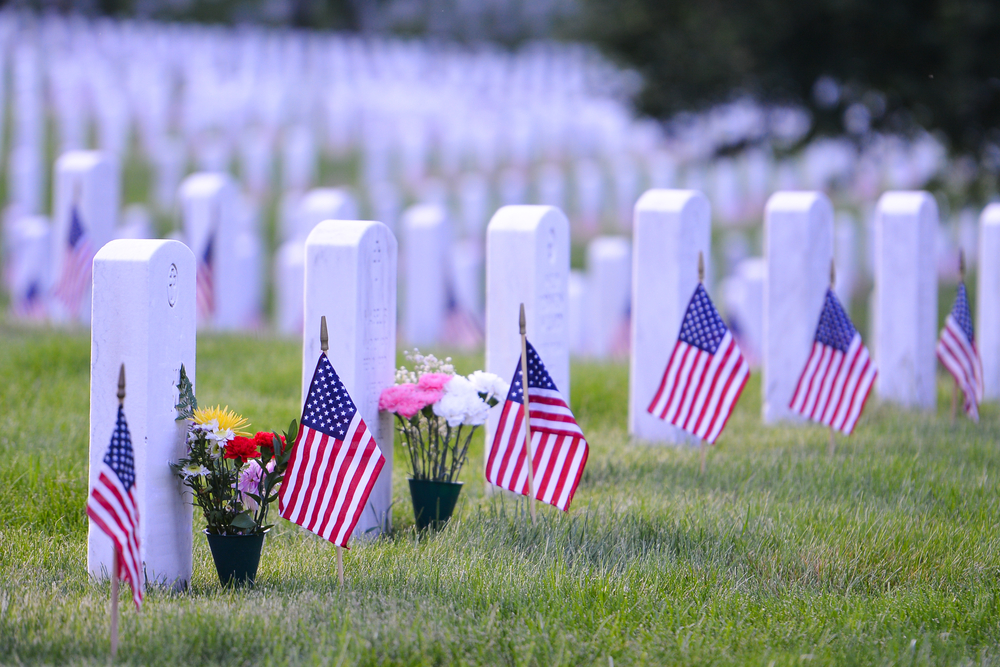 On Friday, Nov. 11, 2022, the 69th annual National Veterans Day Observance will be celebrated at Arlington National Cemetery. At the Memorial Amphitheater, the secretary of Veterans Affairs will host the observance ceremony following the wreath-laying ceremony at the Tomb of the Unknown Soldier. According to the cemetery’s website, Vice President Kamala Harris will lay the wreath. That’s right, Kamala Harris.

It’s high time we stopped the practice of politicians using the backdrop of this hallowed ground to score political points by “honoring” those who served, and still serve, our country in uniform. Both parties have been guilty of this. Why don’t we depoliticize this event by each year selecting a retired member of our armed forces to read aloud the speech that still stands as the greatest tribute to the members of our armed forces? I’m referring to Gen. Douglas MacArthur’s “Duty, Honor, Country” address, given to the cadets at the U.S. Military Academy at West Point in 1962.

MacArthur was 82 years old in 1962, and he returned to West Point to receive the school’s Sylvanus Thayer Award for outstanding service to his country. He had graduated first in his class from West Point in 1903, fought courageously in Mexico during U.S. interventions there a decade later, earned seven Silver Stars and other decorations for bravery in World War I, led American forces in the southwest Pacific in World War II (and was awarded the Congressional Medal of Honor), and led U.S. and UN forces during the Korean War, where he conceived and led one of the most daring and successful amphibious operations in military history at the port of Inchon. He was later relieved of command for his outspoken opposition to the Truman administration’s unwillingness to seek victory in Korea.

MacArthur chose for the theme of his speech the code of West Point: “Duty, Honor, Country.” But his remarks that day were not limited to the West Point cadets or even to members of the U.S. Army. He spoke about the American “man-at arms” in every branch of our armed services. His timeless words speak to the memories of past veterans, today’s veterans, and future veterans.

In unforgettable words, MacArthur explained how those simple yet profound guideposts — Duty, Honor, Country — shaped and still shape those who serve in our armed forces:

They build your basic character. They mold you for your future roles as the custodians of the nation’s defense. They make you strong enough to know when you are weak, and brave enough to face yourself when you are afraid. They teach you to be proud and unbending in honest failure, but humble and gentle in success; not to substitute words for actions, not to seek the path of comfort, but to face the stress and spur of difficulty and challenge; to learn to stand up in the storm but to have compassion on those who fall; to master yourself before you seek to master others; to have a heart that is clean, a goal that is high; to learn to laugh, yet never forget how to weep; to reach into the future yet never neglect the past; to be serious yet never to take yourself too seriously; to be modest so that you will remember the simplicity of true greatness, the open mind of true wisdom, the meekness of true strength. They give you a temper of the will, a quality of the imagination, a vigor of the emotions, a freshness of the deep springs of life, a temperamental predominance of courage over timidity, of an appetite for adventure over love of ease.

MacArthur, recalling the “enduring fortitude,” “patriotic self-abnegation,” and “invincible determination” that he witnessed in 20 campaigns and “a hundred battlefields,” opined that the American soldier was “one of the world’s noblest figures” and an example of “successful patriotism.” “In battle and in the face of danger and death,” MacArthur said, “he discloses those divine attributes which his Maker gave when he created man in his own image.” And “the soldier who is called upon to offer and to give his life for his country is the noblest development of mankind.”

MacArthur then reviewed the remarkable changes in science and technology and knowledge that had occurred during his lifetime, but he reminded the cadets that “through all this welter of change and development, your mission remains fixed, determined, inviolable: it is to win our wars. Everything else in your professional career is but corollary to this vital dedication.” The American soldier must have the “will to win, the sure knowledge that in war there is no substitute for victory.”

The American fighting man, MacArthur said, is “the Nation’s war guardian, … its gladiator in the arena of battle.” The members of our armed services, he continued, “have defended, guarded, and protected [the country’s] hallowed traditions of liberty and freedom, of right and justice.” He rejected the notion that the nation’s warriors were war mongers. “[T]he soldier, above all other people,” he said, “prays for peace.” But he also reminded his audience of the words attributed to Plato: “Only the dead have seen the end of war.”

So let’s begin a new tradition of reading MacArthur’s “Duty, Honor, Country” speech at Arlington National Cemetery’s Memorial Amphitheater each year. Our veterans deserve it. Our divided country needs it.