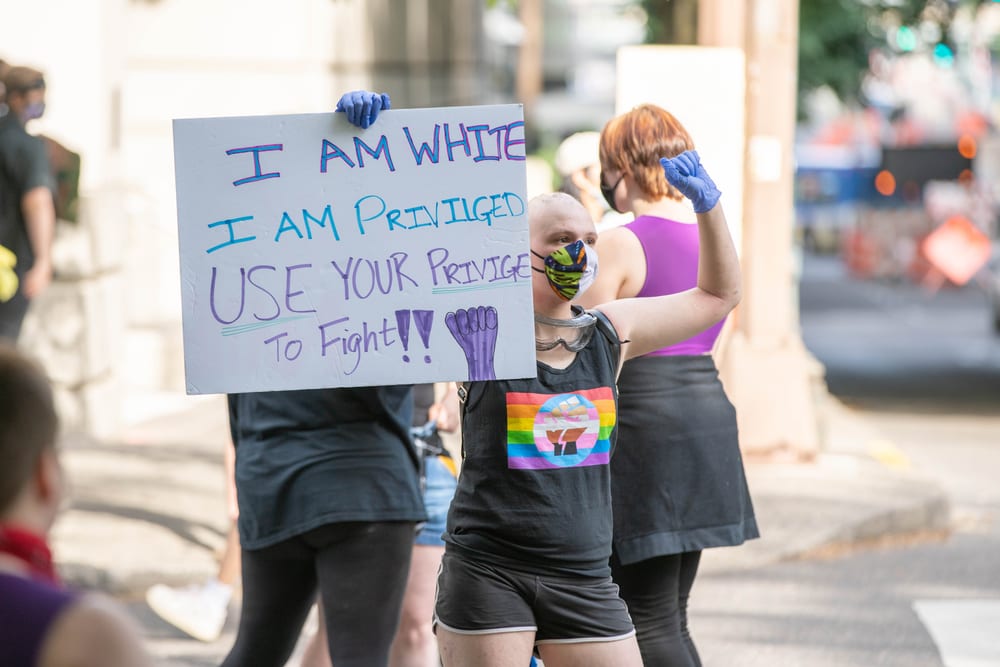 Most of us are the offspring of people who came here during the great waves of unrestricted European immigration between 1880 and 1920. Our forebears did not own slaves.

They were mostly peasants who could no longer eke out an existence on the small piece of land that was their inheritance. Some among the Irish came as indentured servants.

Nancy Pelosi and her Democrat colleagues take a knee and drape themselves in kente cloth to fashion their own agenda onto the killing of George Floyd.

They did not have a single culture. The idea that a Sicilian Catholic and a Norwegian Lutheran share the same culture because their skin is white is as obscene as it is absurd even if it is taught as such in “studies” classes in our universities.

There is no such thing as white-European culture. The notion that a British industrialist and a Polish peasant shared a common culture is laughable.

Most of the uprooted were transported here under conditions unworthy of transporting animals. When our forebears arrived here, they faced discrimination.

Protestants who arrived earlier had made it to the higher rungs of the economic system and resented poor Catholics and Jews who ended up as laborers in their factories. They were content to employ them but did not want them as their equals.

The history of the labor pains of the late 19th and early 20th century in this country could easily be cast as a struggle between Protestant factory owners and Catholic and Jewish laborers.

On the West Coast, Asians were useful for the dangerous work of building the transcontinental railroad, but not valued enough to become citizens. Many were sent back once their exploited labor was no longer needed. Those that remained found many occupations closed to them. There is a reason for the proliferation of Chinese laundries.

None of these groups suffered the inheritance of slavery and systemic de jure segregation. But they did suffer, and prejudice persists.

As late as 1960, John F. Kennedy’s Catholicism was a major issue in the presidential election as it had been for Al Smith in the election of 1928.

From aspiring to become less tribal and more unified as citizens of a common political culture, we have now devolved into a greater and even more palpable tribalism.

Thus the horrific image of a cop killing George Floyd becomes a conflict not between a bad cop and a social order based on common decency, but rather a conflict between races.

This searing political symbol has served a variety of agendas, each trying to hijack it for its own political purposes.

Nancy Pelosi and her Democrat colleagues take a knee and drape themselves in kente cloth — a symbol of rich African slave traders — to fashion their own agenda onto the killing of George Floyd. If pandering required a definition, this is it.

The white anarchists whose Paris Commune fantasy is being played out in the streets of Seattle are doing so in the name of George Floyd, but what anarchism has to do with racial justice is questionable. Antifa has its own agenda. George Floyd is a useful symbol.

White people are taking a knee in solidarity with the Black Lives Matter movement and marching through the streets of America and parts of Western Europe, championing the cause of racial justice. But many of these protesters want a wholesale change in the social order. George Floyd is a means to create the divisions to bring that about.

White people are supposed to feel guilty because a rogue cop killed a black man. Am I responsible for Derek Chauvin’s behavior because we share the same skin color? After all, our hair color doesn’t match, not to mention the size of our ears.

Are we all different tribes with collective guilt? If so, all of us have some claim for the plight of our ancestors — the uprooted immigrants whose labor and industry transformed this country into a world power, the exploited Asian and Latino labor that built the railroads and harvested our crops, and the Native American whose land was seized in a cultural clash lasting 400 years.

Are we a nation-state or are we a mere collection of different groups with different claims on the body politic without a central, unifying ideology or history — which is being destroyed and rewritten? If we are the latter, we will not survive. Indeed, that is the agenda of many in the streets.

George Floyd was killed at the hands of a rogue cop. We should understand that for what it is and not as a symbol that will lead to political and social chasms that could tear our nation asunder.