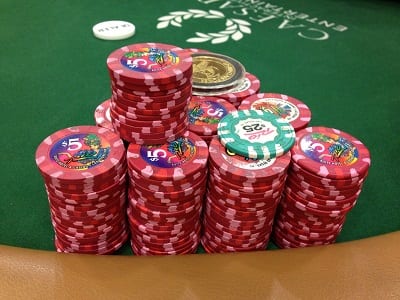 We’ve all been there if we’ve played enough hands of poker in casino card rooms: the table full of “rocks” who only play the best hands or the wild and crazy table full of drunk tourists ready to gamble it up during a long night of imbibing.

How do you handle these situations? You’ll certainly have to make adjustments for each situation if you want to come out a winner.

The makeup of a no-limit Texas Hold’em game can vary greatly from table to table depending on the lineup of players in each setting. Oftentimes, only the addition of one reckless player can cause the entire game to change from a relatively tight and conservative match to one in which all the players begin to loosen up and the chips start flying as they all try to win the money of the reckless player. Here are some general characteristics of tight and loose games:

What are the advantages of each game type? If you’re hoping to win big pots, you’d much rather play in a loose game because you are more likely to get paid off on your big hands. But to be successful in a loose no-limit hold’em game, you must be like the Tin Man after a visit to the Wizard of Oz — have a lot of heart.

There will be plenty of tricky situations when you’re facing a big bet. If you can learn to figure out who’s bluffing and who’s not and have the courage to act on your convictions, you will do very well in loose games. And on the flip side, you’ll have to figure out when to pull your own well-timed bluff to steal some pots yourself. A caveat, though — you shouldn’t bluff often in these types of games because big bets are more likely to be called.

Just be cognizant that you will need a bigger bankroll to play in these games where the chips are flying into the pot as the variance can be very large. I’d say you should keep a bankroll twice the size of a player who is playing in those more conservative games, somewhere in the neighborhood of $5,000 to $6,000 in $1-$2 NLHE, to fade the variance.

On the other hand, tight games also have their advantages. In these games, an aggressive player can steal a lot of small pots. This strategy is most effective in games with decent blinds. If you’re playing $1-$2 there’s not much in the pot to steal, but if it’s a tight $2-$5 or $5-$10 game, then there’s more worth going after. Make your standard raise of 2.5 to 3 times the big blind and you’ll take a lot of pots. Those not won pre-flop can usually be snatched on the flop with a standard continuation bet of half to two-thirds the pot size.

Players in tight games also tend to play more straightforward. You’ll face far fewer check-raise bluffs than you would in loose games. When someone pushes back with a check raise or re-raise in a tight game, it’s best to let your mediocre hands go.

If you’re looking to eek out smaller profits with less variance, then you should look for tighter games.