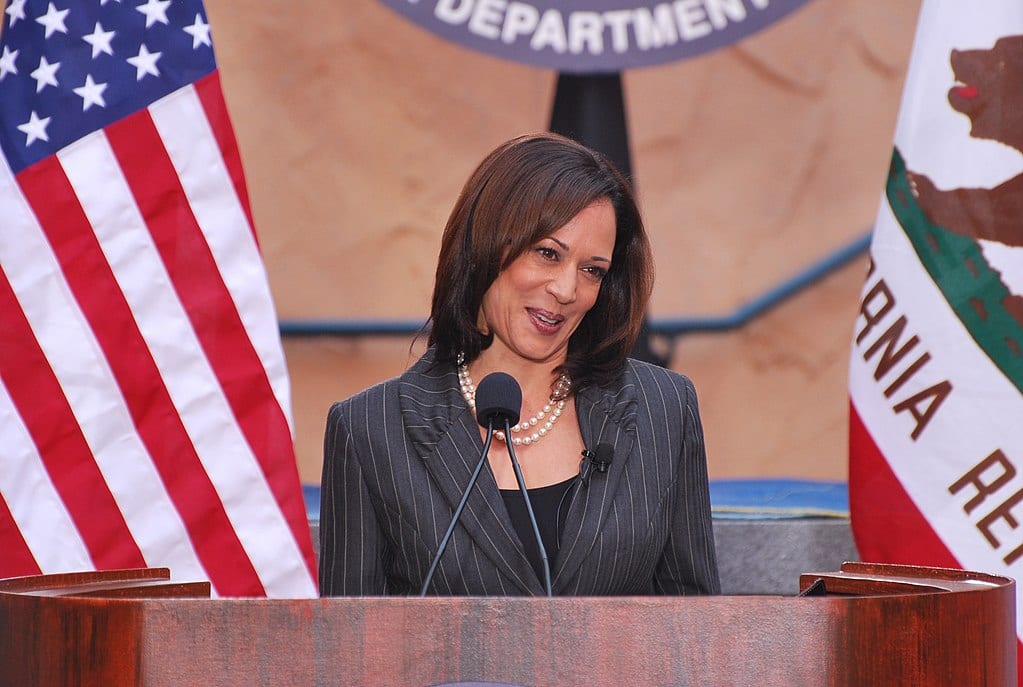 One of my favorite scenes in Breaking Bad, the hit cable series about high-school teacher Walter White morphing into a meth kingpin, is when White’s associate Jesse Pinkman gives him advice on choosing the right attorney: “Seriously, when the going gets tough you don’t want a criminal lawyer, you want a CRIMINAL lawyer.” In other words, White doesn’t just need a lawyer who defends criminals but one who is a criminal himself. The proper word emphasis matters.

This scene reminded me of a new debate on the political left as U.S. Sen. Kamala Harris, D-Calif., announced her bid Monday for the 2020 presidential nomination. Harris, who was California attorney general from 2011 to 2017 and San Francisco district attorney for the prior seven years, is trying to burnish her left-wing credentials. However, Democrats are not sure if Harris was a “progressive prosecutor” or a just a PROGRESSIVE prosecutor.

The term “progressive prosecutor” has a specific meaning as reformers, including a handful of district attorneys, push for changes in the way the state administers the criminal-justice system. Some of these ideas are long overdue, and embraced even by some conservatives who fear the abuse of liberties and wasteful spending inherent in the current system. Policies range from reducing sentences for non-violent drug offenses to creating better re-entry programs.

By contrast, Harris’ record shows that she was not that type of progressive prosecutor. However, she was a “progressive” prosecutor in that she used her powerful public positions to promote a highly partisan, left-wing political agenda. She wasn’t known for her concern about the misuse of government power or the rights of the downtrodden when she had the power to do something about those problems, but she did promote the causes of liberal interest groups such as Planned Parenthood and California’s public-employee unions.

We should examine the record as she attempts to remake herself in a reformist light. For instance, she championed a bill, cosponsored by Sen. Rand Paul, R-Ky., that would reform a cash-bail system that allows wealthy people accused of crimes to await trial at home while poor people languish in jail, or accept unfavorable plea deals so they can go home.

And her recent campaign book, The Truths We Hold, “is a rather clear attempt… to pre-emptively defend her record on criminal justice, which has emerged as important issues, especially on the left flank of the Democratic Party,” wrote C.J. Ciaramella, Reason’s criminal-justice reporter. The book includes many passages pointing to the outsized power of prosecutors and makes it sound as if she were on the front lines battling against misconduct and abuse.

Yet, as Ciaramella added, the “book glosses over numerous instances where her office defended prosecutorial misconduct.” These include a Kern County case where her office appealed a court’s decision to drop charges after a prosecutor was accused of falsifying “an interview transcript to add an incriminating confession.” In another case, her office “challenged the release of a man who had been exonerated by the Innocence Project and had his conviction overturned,” he wrote. He offers a variety of other troubling examples.

So does law professor Lara Bazelon, who opined in the New York Times, “Time after time, when progressives urged her to embrace criminal justice reforms as a district attorney and then the state’s attorney general, Ms. Harris opposed them or stayed silent. Most troubling, Ms. Harris fought tooth and nail to uphold wrongful convictions that had been secured through official misconduct that included evidence tampering, false testimony and the suppression of crucial information by prosecutors.”

Instead of serving as a champion of justice, she seemed unwilling to upset powerful public-safety unions. In an appalling Orange County scandal involving the district attorney’s use of jailhouse snitches — something that delayed justice in the county’s worst mass-murder case and led to reduced charges in several other criminal cases — Harris’ office sided with the DA’s office after a judge removed it from the case. She promised to open an investigation into the worst alleged abuses by police and prosecutors, but, after three years, nothing came of it.

Harris might still excite Democrats with her embrace of a wide-ranging progressive political agenda. She now is championing a grab bag of programs, including a $3 trillion tax increase, Medicare for all, and tax credits for renters, but none of that is substantially different from what others will propose on the Democratic campaign trail. Nevertheless, she really did stand out in her willingness to flex her prosecutorial power on behalf of that agenda.

In 2012, Harris, as attorney general, was responsible for writing a title and summary for a statewide ballot initiative that would have reformed the state’s overburdened pension system. Those are the only explanations that most voters read. Instead of acting impartially, she wrote descriptions that even the liberal Sacramento Bee said were “like talking points taken straight from a public employee union boss’ campaign handbook.” By making it sound as if it would cut pensions for teachers and peace officers, Harris doomed an initiative opposed by her union allies.

Progressives were thrilled. They were thrilled, too, when in 2014 her office, which collects registration information from nonprofit groups operating in California, demanded that a conservative foundation provide its private donor lists. She claimed the lists would be confidential, but who would willingly hand over that information? The group, the Americans for Prosperity Foundation, filed a lawsuit that challenged this on First Amendment grounds. Unfortunately, the U.S. Ninth Circuit Court of Appeals sided with the state.

After the Center for Medical Progress in 2015 released undercover videos of top Planned Parenthood executives allegedly discussing the fees and marketability of the body parts of aborted fetuses, the attorney general did not investigate the group’s California operations. Instead, Harris agreed with demands by Democratic legislators to investigate the undercover videographers for potentially violating California’s Invasion of Privacy Act and her successor filed 15 felony charges against the videographer, which is sure to chill undercover journalism.

As I wrote at the time, her “tenure as attorney general already is an instructive lesson in what happens when a partisan takes over an important constitutional office and seems to put the demands of her political supporters above any pretenses of even-handed justice.” In that sense, then, Harris is the opposite of a “progressive prosecutor,” even though she was one of the most progressive prosecutors in state history in the other sense of the word. The reality is she champions the raw exertion of government power, which might make her the odds-on favorite in the party of big government.