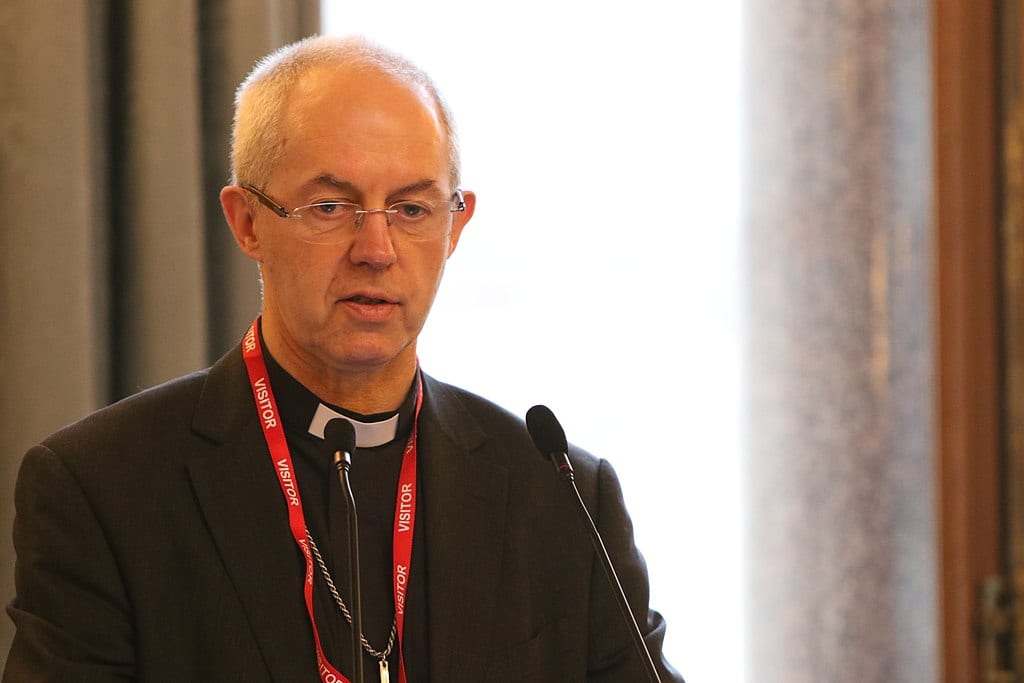 Amazon recently announced that it is raising the wage of its lowest-paid U.S. workers to $15 an hour, and above the proposed “real living wage” in the UK. Jeff Bezos also plans to lobby Congress to raise the minimum wage. This is bad news, not merely for his less prosperous competitors and most vulnerable workers, but for the Christian church and the lessons it teaches young priests.

Bezos’ actions come shortly after the Archbishop of Canterbury, Justin Welby, excoriated Amazon in a speech before the Trades Union Congress. Hollywood defines “courage” as telling a hive-minded, well-to-do audience exactly what it wants to hear. One is tempted to believe the archbishop defines it the same way.

The Cantaur unleashed a vicious jeremiad that compared Amazon to cannibals and leeches, called zero-hour contracts “an ancient evil,” and hailed “Christian socialism.” He accused Amazon of (legally) avoiding taxes — and “not paying taxes speaks of the absence of commitment to our shared humanity, to solidarity and justice.” (The very woke Welby proceeded to condemn Brexit and “the rise of ancient demons of racism, anti-Semitism, Islamophobia, and xenophobia” before quoting Martin Niemöller.)

Much of the media coverage focused on his hypocrisy. As it turns out, the Church of England invests heavily in Amazon and has churches that offer zero-hour contracts — on the advice of Church of England administrators. Yet the most significant problems stemmed, not from Archibishop Welby’s stinging condemnation of financial practices that directly feed his parishes’ bottom line, but from his plea for the church’s perpetual irrelevance.

“Today I dream that governments, now and in the future, put church-run food banks out of business,” Welby told TUC. In addition to betraying a certain spiritual indifference — The poor I shall have with me forever, but so what? — it reads as an entreaty to outsource acts of Christian philanthropy to the government. And this is precisely the dividing line between how ancient Christians and pagans viewed charity.

When the neo-pagan emperor Julian the Apostate came to the throne in 361 A.D., his first order of business was crushing Church philanthropy. “Julian feared that Christian practices were causing many citizens to look to other sources than the emperor for protection and security,” explained Walter Roberts of the University of North Texas and Michael DiMaio Jr. of Salve Regina University. Julian wanted to use government handouts to make the poor dependent on him.So,he sent several thousand bushels of grain and pints of wine to be distributed by his appointed pagan administrators, at public expense.

Talk about “the reincarnation of an ancient evil.”

Aside from this pedigree, Welby’s sermon follows more than a century of Anglican bishops clamoring for social welfare to displace church charity. Thesebecame calls for their own cultural displacement. “Christian leaders failed to appreciate the consequences of endorsing a collectivist secular world without redemptive purpose,” wrote Frank Prochaska in Christianity & Social Service in Modern Britain.

“Rarely has a British institution so willingly participated in its undoing,” he wrote. “The bishops blew out the candles to see better in the dark.”

That darkness has intensified to the point that less than two percent of the UK’s population worships in the Church of England every Sunday. The government cannot shine the light that illumines every man who comes into the world, a message entrusted only to the Church on the condition that She not hide it under a bushel.

The Church must speak prophetically on moral and ethical issues. In traditional Christian teaching, however, this is a rather limited portfolio about which Welby has been relatively silent. He had little to say when unelected judges and Amnesty International campaigned to foist taxpayer-funded abortion on Northern Ireland in the name of “human rights.” This issue, if divisive, has a clear and unequivocal teaching in the scriptures and in the Church Fathers. Jesus’ words about proper corporate tax rates were, shall we say, few.

Bishops, above all, must take care to assure the Gospel is not eclipsed by purely personal imposition, on politics or any other topic. This is precisely the kind of censorious moralizing that gives Christians a bad name. When Christian pastors refer to authentically extant elements of our moral teaching, the public’s ears are closed because it is assumed to be “personal interpretation” — merely the opposite number of Archbishop Welby’s leftist grandstanding. It is its opposite number only in the sense that it is based on Christian revelation. And the Church’s already eroded moral authority, further diluted by confusion from within, retreats before an ever-advancing secular state.

Worse yet is the message the archbishop’s sermon and Amazon’s announcement send to young priests. The Anglican Communion News Service noted the correlation of Welby’s speech and Bezos’ action, implying some level of causation. In part, this is to justify Welby’s contention that he purchased millions of dollars of Amazon stock only in order to influence its decisions. But this tells beleaguered priests and ambitious prelates that bashing corporations is the way to impact the broader culture, that political posturing leads to renewed relevance, and that demanding government programs replace church ministries pays off in the short-term. And thus is born a generation of budding, statist Savonarolas.

From endless sermons of class envy, hatred, and malice, and all uncharitableness, Good Lord, deliver us.

Rev. Ben Johnson is an Eastern Orthodox priest and senior editor of the Acton Institute’s Religion & Liberty Transatlantic website. His views are his own.