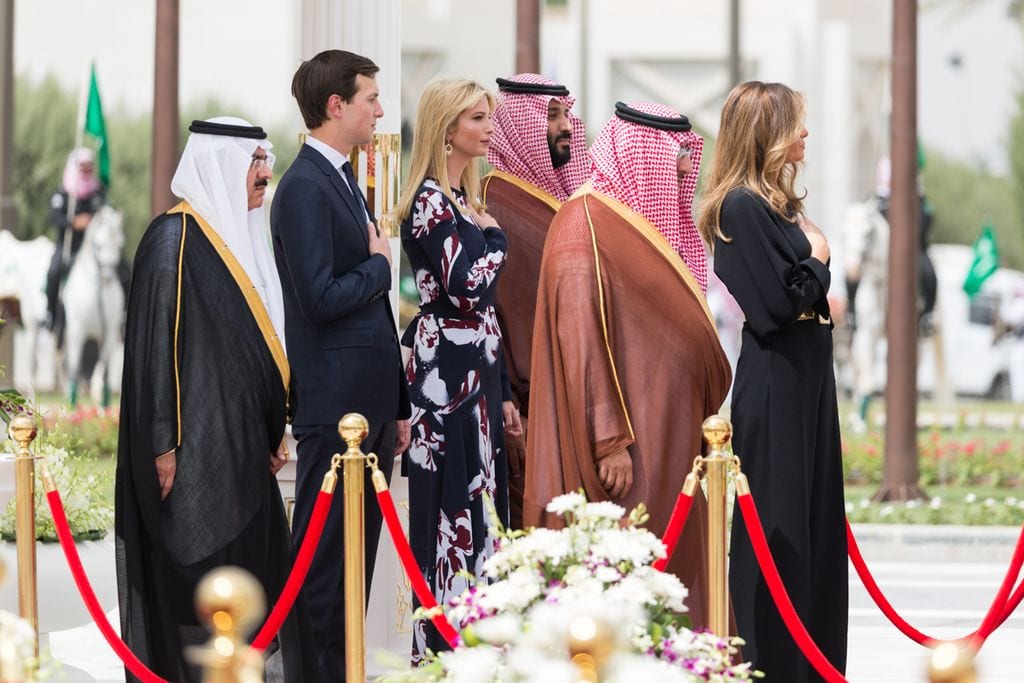 We’re being deprived of the summer doldrums by the tumult around caused us by such things as Bob Mueller’s endless investigation and cutie pie Alexandria Ocasio-Cortez’s imitations of Joe Biden’s malapropisms. Instead of dwelling on those things, we need to think about a lot of world events that are of real importance.

There are too many to account for in one column, but three deserve a bit of discussion under the banner of Summertime SGO. (For new readers, SGO is the acronym for “S**t Goin’ On,” created by my late friend and former Navy SEAL, the great Al Clark.)

On the world stage, there are the “A” players, such as Trump, Putin, Xi, and a few others. And there are “B” and “C” players such as Turkish President Recep Erdogan who believe that by trying to cause trouble they can make themselves into “A” players.

This week Erdogan has declared that, despite Trump’s request that all NATO nations cease the business they’ve been doing with Iran since the advent of Obama’s idiotic nuke deal, Turkey would refuse to stop buying Iranian oil. Erdogan has also bought S-400 anti-aircraft/anti-missile systems from Russia despite our sales of F-35 aircraft to Turkey, and has — we mustn’t forget — signed a treaty with Russia and Iran to preserve the terrorist Assad regime in Syria.

In response to Erdogan’s latest America-defying stunt, Trump has threatened Turkey with economic sanctions. They will be part of the sanctions that will go into effect on November 4, two days before the November election, as part of Trump’s next sanctions on Iran.

Turkey should not be exempted from those sanctions. Moreover, other more severe economic and military sanctions must be imposed on our worst ally.

Turkey’s purchase of S-400s from Russia moves it outside the NATO defense framework because the S-400 is part of the threat that NATO faces. Moreover, selling more F-35s to Turkey will ensure that some or all of its secrets will fall into Russian hands because Russia will learn how to track the sometimes-stealthy F-35 through Turkish exercises of the two systems together.

The Senate has been considering a measure to stop further sales of the F-35 to Turkey. The Pentagon is opposed to stopping sales to Turkey because the house of cards that is the price structure of that woebegone aircraft will fall apart, raising the already far-too-high price for allied customers abroad and probably for us as well.

There’s no hope left that the Pentagon will rein in spending on the F-35, which has already proven itself to be an undependable hangar queen. Nevertheless, because of a decade of bad decisions, we — and too many of our allies — are stuck with it for thirty or forty years. Nevertheless, the president should stop further sales to Turkey regardless of the price impact.

Erdogan’s economy is not as bad as Maduro’s in Venezuela (one million percent inflation, anyone?) but it could be. The president should make no exceptions to the sanctions on those purchasing Iranian oil, especially on those nations who pretend to be our allies and — like Turkey — obviously aren’t.

The debate over whether Turkey is in Asia Minor or the Middle East is philosophical. The ongoing negotiations over Trump’s still unpublished peace plan for Israel and the Palestinians aren’t.

For many months, presidential son-in-law Jared Kushner and special negotiator Jason Greenblatt have been quietly working with the leaders of Israel, Jordan, Saudi Arabia, and the Palestinians to craft a new peace plan to stop the endless war between the Palestinians, the Arab and other states that support them, and Israel.

There have been so many attempts to negotiate such a peace that it’s hard to believe one can ever be achieved. There have been so many “accords” — from Oslo to Camp David — and so many presidents have tried to make a lasting peace, only to fail — that permanent discord seems inevitable. But there are a couple of differences between then and now, and between the methods earlier presidents have tried and what Trump is attempting.

The first difference is that Kushner has been working, with some success, to get the major Arab nations and their leaders, such as Saudi Crown Prince Mohammed bin Salman, to agree to the nascent plan. In earlier years, our presidents have tried to work on that side only with the Palestinians, which has had the same effect as negotiating with the monkey instead of the organ grinder.

Crown Prince bin Salman met with heads of Jewish organizations in New York on March 27. In that meeting — a novelty in itself — he reportedly criticized the Palestinians’ leaders harshly and indicated that the Palestinians should accept Trump’s proposals and stop complaining. This is a sea-change in the Middle East.

Trump’s plan, according to a recent Breitbart report, will be the most detailed and specific yet and will include major financial aid to the Palestinians. On the other hand, Palestinian Authority President Mahmoud Abbas has already said he has “incapacitated” Trump’s plan. Abbas, whose presidency is more symbolic than real, supposedly leads only one segment of the Palestinians. The other is led by the terrorist organization Hamas, which rules the Gaza Strip.

The only way Trump’s peace plan can succeed, and probably with only temporary effect, is if Arab leaders such as bin Salman and Jordanian King Abdullah force the Palestinians to accept it. We have to wish the president and his allies luck because their likelihood of success is minuscule.

While we wait for the Trump plan to be publicized, Congress and the Pentagon are wrestling with Trump’s decision to create a new military service, the “Space Force,” which is an idea whose time has not yet come and probably never will.

The media are, as you’d expect, totally against the idea principally because Trump is in favor of it. The New York Times, which is trying its best to achieve the level of Trump Derangement Syndrome achieved by MSNBC and CNN, came out with a sputtering editorial this past weekend which concludes that Trump’s space force will cause an arms race in space and make war in orbit a near-certainty.

After referencing interviews by the Comedy Central’s Daily Show with Trump supporters, the Times writes, “Congress is making the situation worse by ordering the Pentagon, in the 2019 defense bill, to begin work on a space-based missile interceptor that experts say is provocative, technically infeasible and prohibitively expensive.”

That made me recall immediately comic genius Stan Freberg’s commercial which demonstrated the idiocy of relying on rented experts. Over fifty years ago, Freberg dispensed forever more with that idea in a hilarious commercial which contended — showing a picture of ten solemn white-coated men, nine of Chinese ancestry and one Caucasian — that nine out of ten doctors recommended Chun King Chow Mein.

The Times, in its anti-Trump hysteria, is comprehensively wrong about a space-based missile defense system. It is entirely practical, would be far more effective than our current systems, and would only offend possible aggressors such as North Korea, Iran, China and Russia. Just consider the physics of missile defense.

A ballistic missile, by definition, follows a ballistic arc. It is most vulnerable to interception and destruction from the instant it is launched until it reaches the top of the ballistic arc. Interception after it tips over and accelerates to its target is far more difficult.

We have, as I’ve written before, a satellite system called “SBIRS,” the space-based infra-red satellites. They detect missile launches almost instantly, classify the kind of missile, and track its trajectory. A space-based system called “Brilliant Pebbles” was proposed by President Reagan in 1983. It was practical, using technologies that existed then and would have been able to intercept as many missiles as there were defensive interceptors in space. A modern version would make our missile defenses almost proof against attack.

The opinion of the Times’ “experts” is certainly as determinative as that of Stan Freberg’s doctors who recommended Chun King Chow Mein — but less amusing.