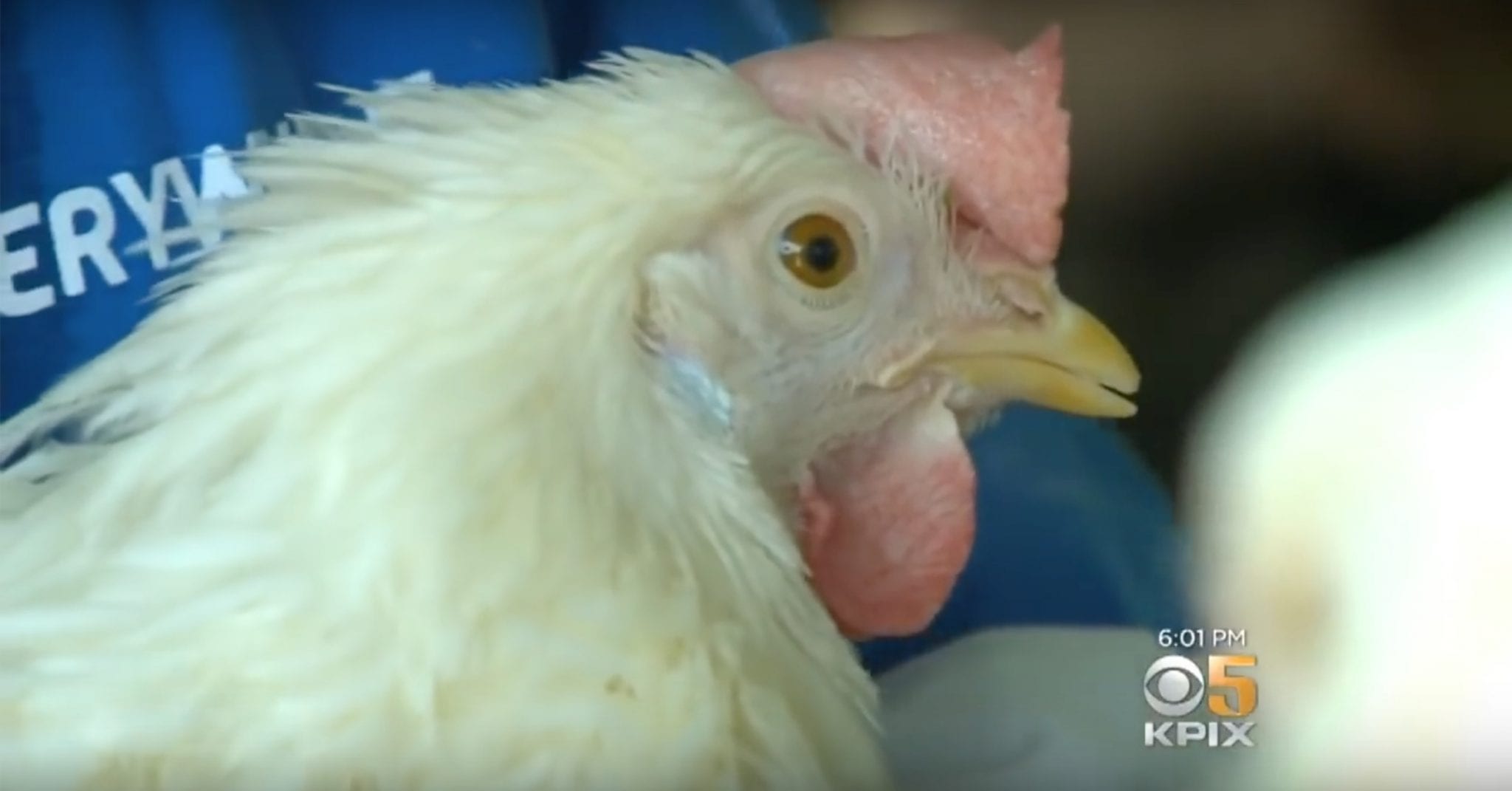 Animal rights activists forcibly broke into a farm supplying Whole Foods with eggs and stole chickens in broad daylight last week. Local farmers worry that in their zeal to save chickens the activists actually endangered them.

The Direct Action Everywhere “rescue,” which involved hundreds of activists transported to Petaluma, California, on seven buses on May 29, comes as the latest action targeting Whole Foods or businesses connected with the supermarket giant.

“They were bused in,” Toni Brooks, a neighbor of the targeted Sunrise Farms property, told The American Spectator of the estimated 300 to 400 activists descending on the city about an hour north of San Francisco. “They marched up the street with signs saying, ‘Funeral Procession.’”

Brooks’s husband Phil, also a local farmer, found the rhetoric confusing given that the poultry on the targeted farm produce eggs and not meat.

“All of them are for eggs,” Brooks told The American Spectator. “There are no meat birds here. They were yelling at us that we were ‘baby eaters’ because we eat eggs.”

The protesters came from Animal Liberation Conference 2018, an event hosted by the Save Movement and Direct Action Everywhere at the University of California, Berkeley. Wayne Hsiung, the cofounder of Direct Action Everywhere, laid out the group’s purpose to activists immediately before the event, cryptically labeled “Action #4” on the conference schedule. He told them that they traveled to Petaluma to rescue sick birds before leading a march up a road. The action resulted in 40 arrests.

“They got down into the chickens before the police got there,” Phil Brooks, who confronted the activists, explained to The American Spectator. “They pried the door open using crowbars. This is a steel building — brand new, million-dollar building. The employees inside tried to hold the doors closed.

“They barged their way in and there were women who were employees — they were grabbing the women and throwing them down, out of the way. The women tried to hold them back but they just kept pushing the women out of the way and they went right on in.”

In another building, the activists absconded with a dozen to several dozen chickens. They draped white cloths around the chickens they labeled sick or injured and black cloths around dead ones.

The farm houses several hundred thousand chickens. By entering the farm without a foot bath or other standard precautions, the activists, critics say, threatened with sickness the very birds they claimed to save from sickness.

“All farms in today’s world are very high biosecurity,” fifth-generation farmer Trent Loos explains to The American Spectator. “You cannot afford to let anybody to come on your farm. People can put the entire population of chickens in jeopardy.”

As they ignored farm-specific customs to protect animals, the activists dismissed civilizational ones to protect people, as well.

“The women and the guys were going in between these vans and using it as a bathroom,” Phil Brooks explains of the makeshift, open-air bathroom on the farmer’s property. “Oh, yeah. One guy, I yelled at him. I said, ‘Hey, what are you wiping yourself with?’ It was totally unsanitary and uncalled for. There was garbage all over, plastic bottles from water, and whatever they were eating.”

Brooks concedes that, after prodding from him and other locals, the protesters thoroughly policed their trash. But they drew a line, and flashed a “peace” sign, when asked to remove their excrement.

Apart from livestreaming the event, the protesters invited the local media and dispatched drones to document from the skies. But farmers say that, despite the extensive preparations to chronicle the action, the demonstrators never bothered to educate themselves on the proper hygienic protocols for close encounters with farm animals.

“In the United States and in California, cows, hogs, and chickens have received viruses from immigrants, where the people passed a virus to the animals,” Loos points out. “H1N1, for instance, was passed from the people to the animals.”

Local farmers find out in the coming weeks that if an action taken to save animals results instead in widespread animal deaths.