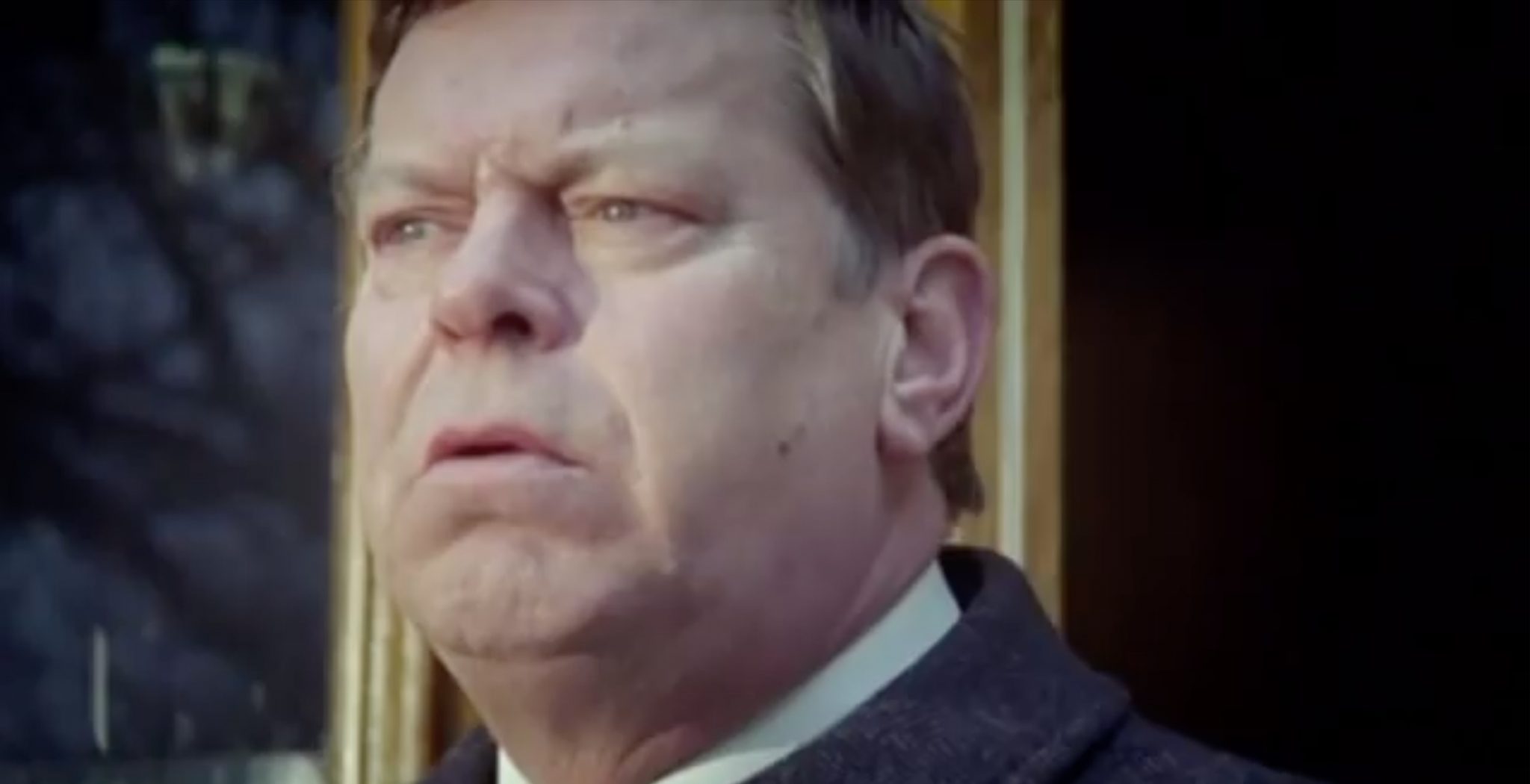 Dialogues of the Dead

Detective Superintendent Andy Dalziel (pronounced Dee-yell — hereinafter DL), the central character in the BBC series Dalziel & Pascoe, has this in common with the New York Yankees. Few familiar with the character or the team are neutral about them. Love ’em or hate ’em is the most frequent response. Put me down as a fan of “Fat Andy,” the most un-PC and the most entertaining cop in Yorkshire. (As for my affection for the pinstripes — not so much.)

One can enjoy DL and his bright but bland Cambridge-educated partner, Inspector Peter Pascoe, on the page or on the small screen. The TV series — one of the many fine cop shows out of Old Blighty — is easier for most to enjoy than the long, sometimes discursive novels, chockablock with literary allusions and wordplay, by the late Reginald Hill, on which the series is based.

The center and heart of the TV series, even more than in the books, is DL, brought to larger than life by the estimable Warren Clarke, who, sadly, went to his reward in 2014. If our Lord is a fan of good entertainment, Clarke’s reward could be considerable. While Clarke was best known for Dalziel & Pascoe, many will remember him from Poldark and Call the Midwife, to name just two from a long filmography. As DL, Clarke commands the screen in any scene that he’s in.

DL is a son of blue-collar Yorkshire, with all the prejudices and resentments that come with this pedigree. He has made it to the rank of detective superintendent without benefit (if such it is) of a university education, or anything else that would add what some would call polish. For the anti-DLs, the main charges and specifications against him are that he smokes extravagantly and everywhere, drinks athletically, sometimes yells at subordinates, makes fun of everything PC, can be profane, and scratches various body parts in public that would be better attended to in private. I stipulate all these charges while still rising to his defense.

All these faults are ameliorated by a keen intelligence, earthy humor (some of his comebacks are priceless), his relentless realism, his joy in skewering the pompous, his total lack of buy-in to psychobabble or crackpot theories of crime and policing. He also has no fear of, and defers not a lick to, anyone above him in the police and social food chains. He likes women and takes them seriously. But those with a black belt in feminist indignation, like Pascoe’s unendurable bride, do not get far with our Andy. These virtues turn his inherited resentments into something much more entertaining than what one would typically hear around the bar of any Yorkshire pub.

As a bonus, when one least expects it, viewers get a glimpse of the humanity behind the bluster. DL doesn’t suffer fools or “smartarses.” But those underlings whom he has yelled at soon learn that he values their work more than he lets on, and when time for promotion comes they know he will have their backs. After a few episodes the acute viewer spots the DL bluster for what it is. He’s a zircon in the rough. Even Pascoe, whom DL calls “Sunbeam,” thinks he has been dropped into hell when he’s first paired with DL. But he later parses DL and comes to like him, with reservations, though DL is always a high maintenance item.

The series ran from 1996 to 2007 and rarely pops up on the tube now. But the DVDs are available from the usual retailers, and the series can be streamed on services such as BritBox or Acorn TV. It’s well worth the viewing time.

Hill’s 24 novels featuring Fat Andy, the sometimes put-upon Pascoe, and several fine recurring secondary characters, are, like DL himself, an acquired taste. They are mostly long and, consistent with the British mystery tradition, complex with multiple suspects and red herrings. They’re also full of jokes, puns, and more literary allusions than some readers have a taste for. Much of this last a real DL would likely call “airy fairy.” But there’s enough reward in the novels to keep me — and many others — reading. Hill was an academic with degrees in literature, which explains the literary stuff. Fortunately he wrote better than 98 percent of academics. He was no dusty don. His prose can be elegant, his humor sly, his characters well drawn, and he keeps the storyline moving and the suspense building. Look out for unexpected twists too.

Harper has re-issued in paper two of Hill’s novels featuring the pair of detectives in the fictitious Yorkshire town of Wetherton: Dialogues of the Dead from 2001 and Good Morning, Midnight from 2004. Both check in just south of 500 pages, making them much more involved than the hour-and-a-half TV episodes made from them.

Dialogues is an endlessly inventive psychological thriller featuring a serial killer of considerable literary powers of his own. The suspect pool of librarians, journalists, and writers contains enough people who could have done it to keep readers guessing. The tension and danger to townspeople, as well as pressure on the cops, grows along with the body count. Unlike the TV episodes, which focus mainly on the detectives after whom the show is named, this novel gives a majority of the cop space to rookie Detective Constable E. Bowler (call sign, Hat), who, with youthful enthusiasm, at once pursues a killer and the romantic attention of a comely librarian. All’s well at the end, but it’s a close-run thing.

Good Morning begins with an apparent suicide, but an unusual one in that the dearly departed appears to have undone himself in the very same way that his father had done 10 years previously to the day. It takes a while for the death to be labeled suspicious, and DL especially resists the idea that it’s murder. Of course it is. And to solve it, the Yorkshire odd couple have to sort a family that the word dysfunctional doesn’t begin to cover and a family business with some really dark corners. Hill devotes lots of space to the family members, each of whom, up until the final unraveling, could be victim or perpetrator. It’s Hill at his sneaky and convoluted best.

These two books would make good stocking stuffers for anyone on your list addicted to detective fiction and good writing. (I hold my hand up for both.) Whether new readers or viewers find DL appealing or repellent, they will surely find him unforgettable.