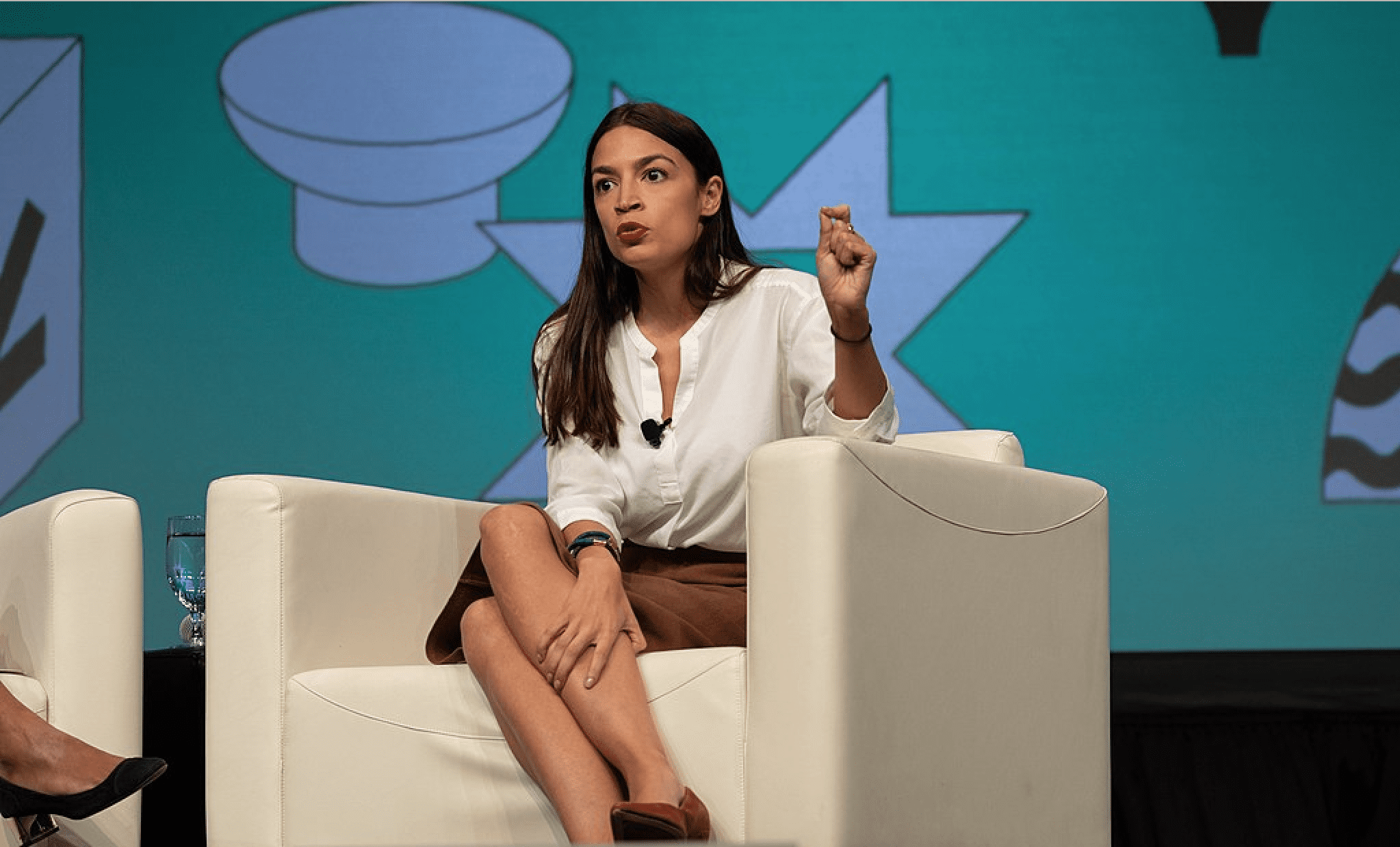 The Democrat Party and its persons and policies have been more than a bit off-plumb for decades. But only over the last couple of years have they been moonbat barking mad. (Affirmative action is a policy misdemeanor next to the felony fraud of reparations.) The current D lot makes the George McGoverns and Hubert Humphreys of yesteryear seem like measured statesmen and deep thinkers by comparison. There no longer appears to be an adult in that room.

The reinforced platoon of Democrats who’ve announced their intention to run for president in 2020 include a scrum of foul balls, short rounds,wingnuts, has-beens, never have beens, crazy uncles, fake Indians, and real nutters looking to be the head donkey. More will surely throw their clown hats into this dopey ring, visions of 1600 dancing in their heads (sharing space there with some really terrible ideas).

Name three things that would make America into a third world country faster than the Green New Deal.

Just kidding, it can’t be done. Kermit is right. It isn’t easy being green. In fact, it’s not even possible to be as green as the Green New Deal’s lunatic provisions. It’s a Sierra Clubbers’ wet dream, unachievable even if we were insane enough to enact it as the only forms of energy the green loonies will hold still for are solar and wind, which exist in trifling amounts. That is unless the U.S. Congress can outlaw night and order the winds to blow24-7.

The media spend a lot of time talking about how many trillions the GND would cost. This is a waste of time as Americanos are numbed to the incomprehensibly large numbers out of Washington. The plain fact is if 100 percent “renewable” energy is the law, the economy shuts down. Poverty, disease, death, and civil war follow. Life once again becomes nasty, brutish, and short. Bye-bye fossil fuels. Hello 18thcentury. The grinding poverty that a large chunk of the human race escaped just a couple of centuries ago wouldreturn without the use of large amounts of reasonably priced and reliable fossil fuel energy.

Take Beto “Happy Talk” O’Rourke. (Please.) The vaporous Beto, who appears to be totally free of any policy positions beyond all-we-need-is-love, is a current favorite among Democrats for reasons known only to themselves. After decades of covering politicians, I thought I would never encounter an emptier suit than Florida’s Charlie Crist. But Beto is about as light as Charlie. It’s a wonder he stays attached to the ground. You have to wonder if his image reflects in a mirror. (It’s quite possible that Beto and Charlie are both holograms that someone turns off at night and fires up in the morning.)

Beto fans are fond of describing him as a “visionary.” I’ve run across a few visionaries over the decades. Most of them have either eaten too little and seen God, or drank too much and seen snakes. Beto doesn’t fit either of these categories. But if either Beto or his supporters think he is in any way qualified to be president, they’re just as delusional.

I guess we should consider ourselves lucky that those tight-assed old white guys who wrote the Constitution long ago put in a requirement that a presidential candidate must be at least 35 years old. Otherwise we would surely have the Democrats’ current heart-throb, center-fold, and policy guru, Alexandria Ocasio-Cortez, in the mad mix. The Cortez girl, it’s been noted, is 29 going on 14. Always in error but never in doubt, La Cortez has moved the left goalpost so far out that what was considered politically lunatic and third-rail just a decade ago is now almost flavor-of-the-month among a large fraction of Democrats, and not just the more excitable ones.

La Cortez appears to have held a motley of jobs since graduating from Boston University in 2011 with a degree in international relations and — can you feature it? — economics. (Boy, does BU have some ’splaining to do.) But her main job, and the one she was probably best and most useful at, appears to have been as a bartender. The delectables she served up then were more agreeable than the crackpot ideas she serves up now.

AOC may draw a good pint. But it’s clear on the evidence of her pronunciamentos in her first months in office that what she doesn’t know about how the world works includes everything worth knowing about how the world works. Her degree in economics notwithstanding, it’s obvious that she not only doesn’t know how wealth is created, but, like so many other Democrats, doesn’t even realize that it has to be created. Wealth to this lot just exists. The only political question is how to divide it up. And we, the political class, will do the dividing, thank you very much.

One of the things 2016 taught those paying attention is that it’s damnable hard to tell who will succeed in politics and who won’t. Reputations, like those of O’Rourke and the Cortez girl, can pop up quickly and unexpectedly. Reputations can flame out just as quickly. So we don’t know if the mainstream media and a large fraction of Democrats will still love AOC like Romeo loved his Juliet when AOC is finally of presidential age. But if they do, the Dems’ theme for 2024 could well be “And a Bronx bartender shall lead us.” Cue Happy Days Are Here Again.