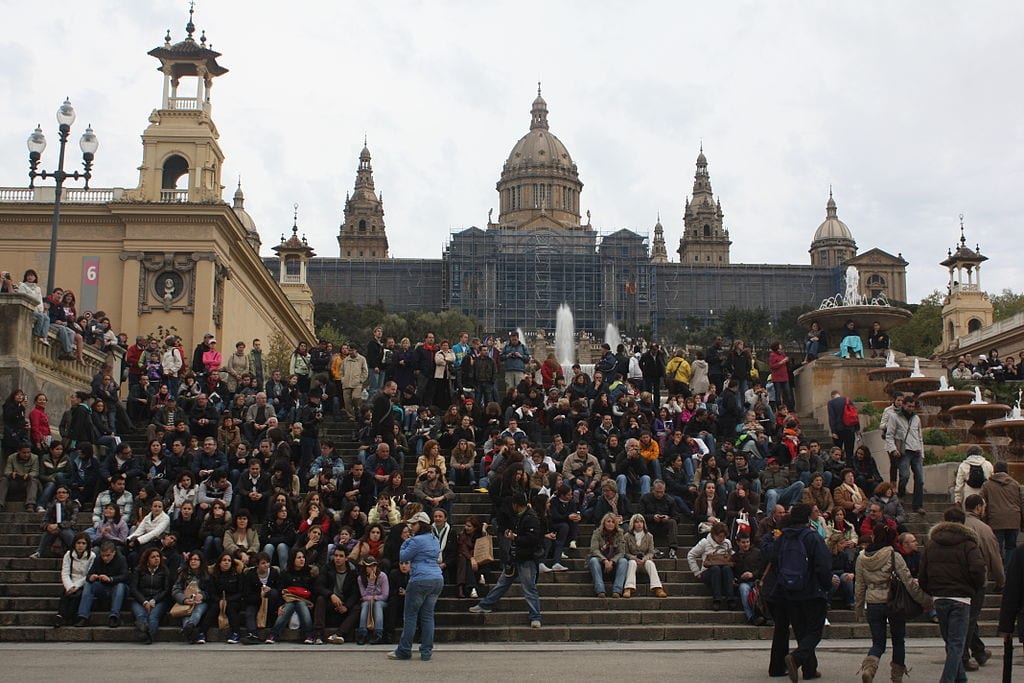 From the first day Donald Trump started running for president he has raged against America’s large and persistent trade‎ deficit. His tariff policies are designed to try to reduce these trade imbalances — it is the metric he uses to gauge whether other nations are playing by the rules of our trade deals. As a pure economic accounting measure, the U.S. GDP goes down when we import and it goes up when we export.

I have always suggested to Trump that what matters most is the overall volume of trade, not the trade deficit. But Trump is certainly right that if he can induce foreigners to buy more of our made-in-America products — our cars, our soybeans, our wheat, cotton, bourbon, baseball, and technology — this will greatly benefit American workers and businesses.

But Washington is ignoring one easy way to trim the trade deficit without new tariff threats or complicated trade deals that can take years to consummate. Get more foreigners to travel to the United States and buy things here.

I was recently visited by officials from the Visit U.S. Coalition — which is made up of owners of hotels, restaurants, airlines, amusement parks, shopping centers, and so on — and they alerted me to a lost opportunity here. The number of international tourists to these shores has fallen by about seven and a half million people since 2016. This trend didn’t start under Trump. Prior to 9/11 the U.S. was the destination for about one in six international trips, but now we are the destination for about one-in-eight. More people travel to Spain in a year than the United States. Is that a tear rolling down Honest Abe’s cheek in his memorial?

Travel industry economists calculate that this decline has reduced foreign purchases of American goods and services by some $32 billion. They estimate about 100,000 fewer jobs have been created as a result of fewer tourists arriving from abroad.

What does this have to do with the trade deficit? When a foreigner comes to the United States and buys goods and services here with the money that was earned overseas, this lowers the trade deficit. So just getting foreigners to visit Disney World, Pebble Beach, Yosemite, or Manhattan at the rates they used to could lower our deficit by $32 billion and it’s hard to see how tariffs could accomplish that.

So why aren’t the Brits, Germans, Japanese, and Chinese coming in the numbers they used to? And why is it that even as international travel is up worldwide, America’s share of the tourism traffic is falling?

There are three likely explanations. First, the dollar has strengthened, which makes it more expensive to travel to and shop in America. Second, the U.S. Government has made it more difficult to come into the United States and through customs and immigration enforcement, in order to keep terrorists and other bad actors out. And third, many foreigners don’t like Trump and his policies, so they spurn coming to America.

There isn’t a lot we can do about the first factor. The dollar is strong because the U.S. economy is roaring. We certainly don’t want to try to get rich by weakening the dollar — that would be a fool’s errand.

But expediting entry into the U.S. can and should help reduce hassles and delays for families and business travelers. This is tricky, because we surely don’t want to allow criminals, terrorists, or drug runners to slip through the cracks. But customs and immigration enforcement need to better target the potential troublemakers.

As for the so-called “Trump Slump” in tourism, the President could reverse this effect. He could issue invitations around the world, especially in public service announcements that lay out the welcoming mat for foreign travelers. The travel industry itself needs to do a better and more comprehensive job‎ marketing America and our natural and manmade wonders.

Stephen Moore is a senior fellow at the Heritage Foundation and an economic consultant with FreedomWorks. He served as a senior economic advisor to the Trump campaign.