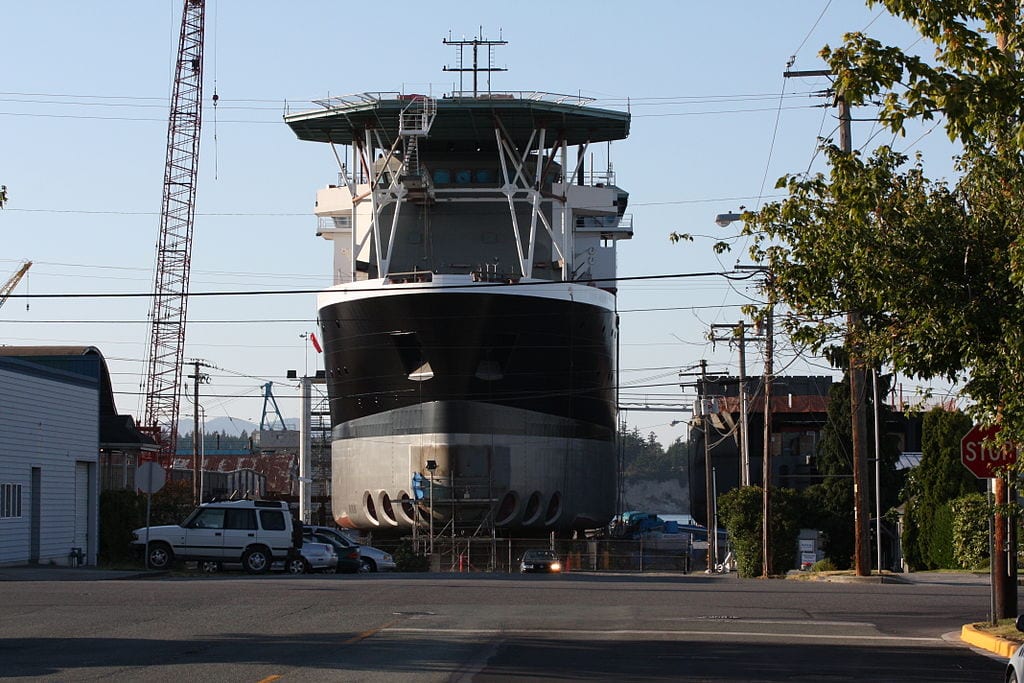 Thanks to the actions of the mayor of a tiny town in the Aleutian islands and a protectionist shipping law from the 1920s, American-built fishing trawler America’s Finest will not be hiring any American fishermen.

Fishermen’s Finest, an American fishing company headquartered in Washington state, commissioned the America’s Finest for $75 million from Dakota Creek Industries, a shipyard in Anacortes, Washington. Unfortunately, the process of building the vessel ran afoul of regulations under the Jones Act, which requires that ships that ply U.S. waters be built with no more than 1.5 percent foreign steel. America’s Finest contains 7 percent steel that was cold-formed in the Netherlands, a process that the Coast Guard currently interprets as “fabrication.” Thus, America’s Finest is legally unable to fish in American waters.

Fishermen’s Finest appealed to the Coast Guard for a waiver, but it chose a bad time to do so. Fishermen’s Finest intended to consolidate two other fishing permits into a permit for America’s Finest, retiring the two ships currently using those permits in the process. Those ships would be turned into “motherships,” ships which sit offshore and process fishing deliveries from fishing vessels.

The town of Unalaska currently processes the majority of fishing deliveries in the Bering Sea region, and would stand to lose if Fishermen’s Finest set up motherships in the region. Unalaska, a town with tax revenues just over $18 million in FY 2018, generated over $1 million in taxes on cod deliveries last year. Not wanting to lose out on that tax revenue, Unalaska’s mayor, Frank Kelty, has been active in petitioning first the Coast Guard then Congress not to grant Fishermen’s Finest a Jones Act waiver.

Because of this political pressure, Fishermen’s Finest failed to get a Jones Act waiver and will be forced to sell the vessel at a discount overseas. That means that the fishing jobs that Fishermen’s Finest would have provided are being, literally, shipped overseas. Meanwhile, Dakota Creek, the shipyard that built the vessel, has already laid off half its staff due to Fishermen’s Finest’s inability to receive a waiver, and its future is “uncertain.”

The irony here is that one of the most common arguments made in defense of the Jones Act is that it supposedly protects the jobs of shipyard workers. Dakota Creek may beg to differ.

This is hardly the first time the Jones Act has played a role as a job killer. The heavily protected American shipping industry has grown stagnant without competition or innovation, and the U.S.-flag fleet has shrunk from 16 percent of global shipping in 1960 to 1 percent today. Today, only 20 private shipyards remain in use.

Other elements of the Jones Act have even greater consequences. The Jones Act requires that ships traveling from one American port to another be built in the United States, crewed by American sailors, and owned by Americans. This arbitrary restriction hurts coastal and island areas in the country in particular. A 2012 Federal Reserve study found that the cost to ship items to Puerto Rico was nearly double that of the cost to ship to nearby islands such as the Dominican Republic due to the Jones Act. Hawaii suffers similar effects — shipping on the island can be so expensive, in fact, that some ranchers fly cows on planes rather than paying for shipping.

Half-baked restrictions on commerce like the Jones Act make for perfect fodder for tripping up businesses on technicalities. Yet that’s just one reason why the Jones Act should finally take its place in the dustbin of history. It’s a poorly conceived protectionist law that makes shipping (and therefore consumer goods) more expensive, and costs jobs in industries which rely on shipped goods in today’s highly interconnected global economy. Fishermen’s Finest is just the latest victim.