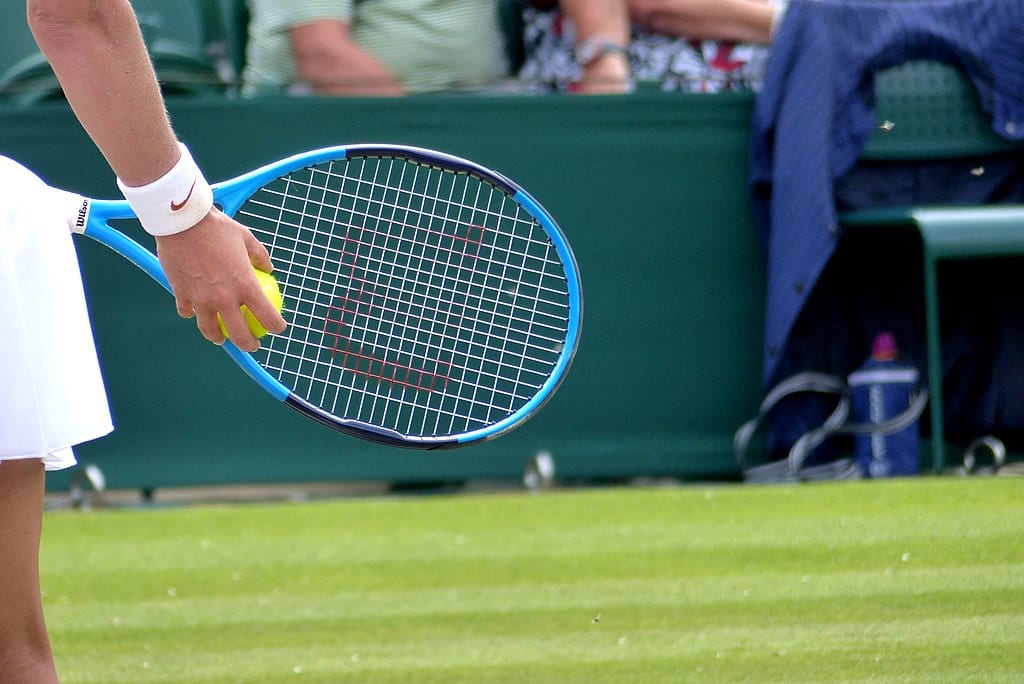 American tennis covered itself in Old Glory over the weekend at Wimbledon. The doubles team of Mike Bryan and Jack Sock, playing together for the first time, out-lasted and out-shot and out-clutched Raven Klaasen and Michael Venus in a five-set beaut at the Championships. It was the second trophy for Nebraskan Jack Sock, who won it in 2014 alongside Canadian Vasek Pospisil, and the 17th for Mr. Bryan, the previous 16 having been done in the company of his brother Bob.

Mr. Sock’s previous trophy was earned against the Bryan Brothers, and he acknowledged after the match that playing with half the most successful doubles team in history was a thrill and an honor. Mr. Bryan returned the compliment by referring to his partner’s superlative speed while calling his forehand one of the most feared shots on the Tour. With his brother disabled by an injury sustained at the French Open a few weeks ago, Mr. Bryan said he was keeping Mr. Sock “on speed dial” for the remainder of the season.

At 25 (the Bryan’s are 40) Jack Sock is one of the hopes of American tennis. A rather disappointing singles season is still viewed in the perspective of last year’s summer and fall successes, which saw his breakthrough into the top 10, from which he has since slid.

Nicole Melichar, who came to this country at age one from Brno, Czechoslovakia — like millions of other immigrants before her — teamed up with Viennese doubles star Alexander Peya to take the mixed doubles trophy with a two-set win over Jamie Murray and Victoria Azarenka. Mr. Murray’s brother Andy withdrew before the beginning of the tournament with a persistent hip injury but has said he hopes to take part in the American summer season, including the upcoming Washington classic currently known as the Citi Open.

It was a fine fortnight for the redwhiteandblue, considering our loss of stature as the Top Tennis Country since the passing of the Sampras-Agassi glory days. John Isner made it to the semifinals and an epic six-and-a-half-hour match against Kevin Anderson, who lost in the final to a resurgent Novak Djokovic. And MacKenzie McDonald, former Division I tennis star, had his best appearance to date in a major with a run to the round of 16 (lost to Canada’s Milos Raonic).

You had to feel that in a tournament rich in upsets and surprises, our side acquitted itself well and, individual sport though tennis may be, our athletes gave us reason to turn our eyes from the kick-ball tourney taking place in Russia around the same time, where we had nothing to declare.

For the record, France beat Croatia, which they might not have were Croatia still part of Austro-Hungary, were Austro-Hungary still on the map. The consequence was race riots and vandalism in several French cities throughout the night that was supposed to celebrate the national pride in taking a second world kick-ball trophy at the expense of a tiny country recently ravaged by war.

Serena Williams was beaten in the Ladies draw final by Polish-German star Angelique Kerber, whom she had beaten on the same Centre Court two years ago. That was the year of Miss Kerber’s first Slam, at the Australian Open, won the following year by Miss Williams, in a final against her sister Venus. Tennis is a small world.

The world itself, however, keeps getting bigger, more full of hope and possibility. It is up to us, fair-and-accurate sportswriters, tennis fans, and others, to keep the faith in the future. A future without rancor, but only clean competition, where a gentleman, no less than a lady, gives as good as he gets. Thus South Africa’s tall and oft-injured Kevin Anderson, hanging in against the finest player of his generation, Roger Federer, who was the popular choice to win his eighth Wimbledon trophy, into fifth set extra innings, 13-11, in the quarterfinals and finally pulling through to the consternation of all — and then repeating the feat against American ace John Isner in an unbelievable 26-24 fifth set in the semis.

And it looked for a moment like he would do it again against a resurgent Novak Djokovic, playing better than any time since his loss here two years ago, which kicked off a long and painful slump. After showing little resistance in the first two sets, Mr. Anderson very nearly pulled off a rally, taking the three-time, now four-time, champion to the distance before flagging in the tie break.

He gave it all, showing, as some three hundred athletes do every year at this beautiful green space — even as seen on TV — that,

If you can force your heart and nerve and sinew
To serve your turn long after they are gone,
And so hold on when there is nothing in you
Except the Will which says to them: ‘Hold on!’