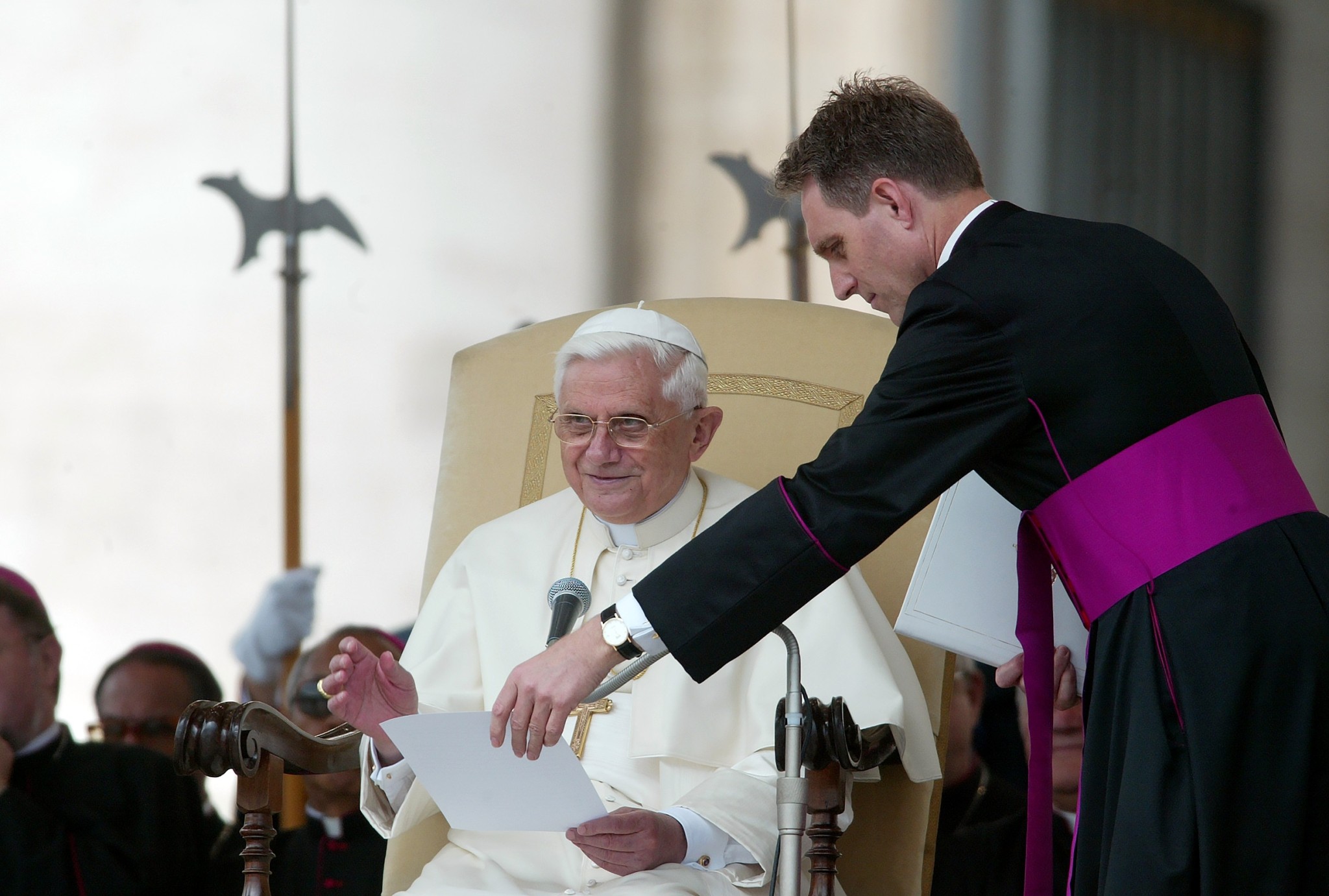 Paul Kengor, the editor of The American Spectator, appeared on Newsmax to discuss the situation in the Catholic Church from 2013 to 2022, during which there was one true pope as well as a pope emeritus who wore the pope’s clothing and lived at the Vatican.

“I’m seeing an interesting phenomenon now,” said Kengor, “and I’m thinking Father Murray is probably seeing it as well, where a lot of conservative Catholics who loved Pope Benedict and do not like Pope Francis are kind of bitter at Pope Benedict for his resignation because it led to Pope Francis.”

“Now of course that wasn’t the intent of Pope Benedict,” he continued, “but it did in fact lead to that and he became the first pope to resign since 1415. I think it was Gregory XII. That’s 600 years, that’s six centuries, and, as Father Murray said, when he chose the name ‘pope emeritus,’ that in a way sort of gave you ‘two popes.’ … There’s only one pope, but you had a pope emeritus and then Pope Francis.”

Kengor explained that it was announced in February 2013 that Pope Benedict XVI “would be living at the Vatican, would have an office at the Vatican, and that he would be addressed as ‘His Holiness.'”

“Benedict made some statements which seemed to imply that he still had an ongoing part in what was called the ‘Petrine ministry,’” said Kengor. “So in a way, to quote Jason Horowitz of the New York Times in a 2018 piece, it really seemed like he wasn’t totally no longer pope at all.”

“So what does 2023 bring us? Well, it brings us now indisputably to the position that there’s truly only one pope and that’s Pope Francis.”