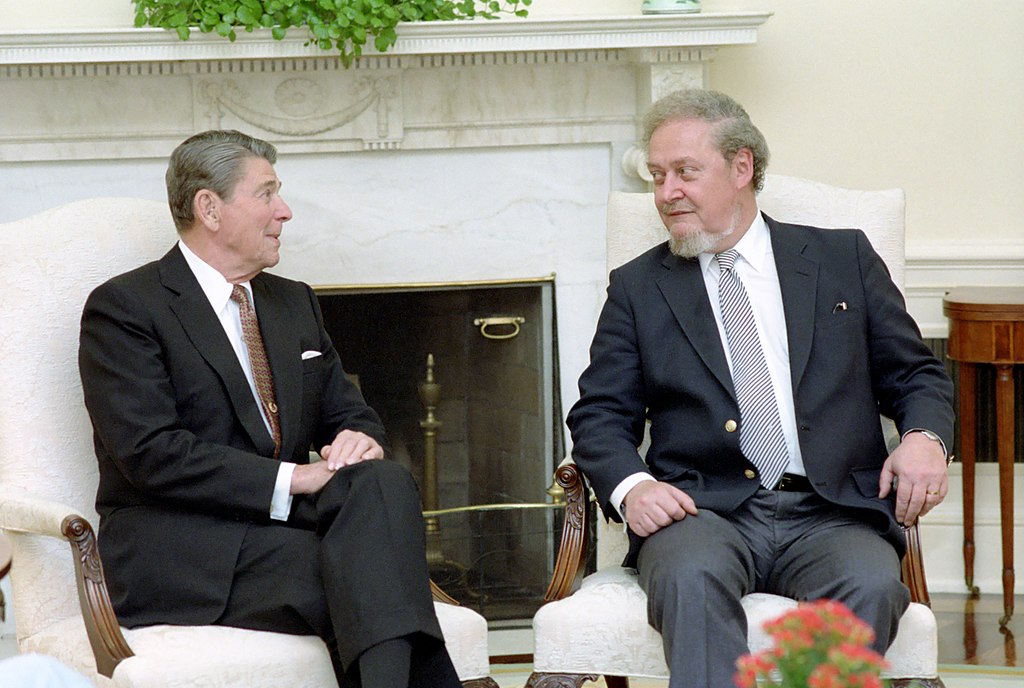 A good many years ago after Robert Bork’s opponents had turned his last name into a term for character assassination, I was sitting in an auditorium with Judge Bork at the lectern delivering his classic book-title Slouching Towards Gomorrah speech. Obviously, it was not optimistic about the future of America’s freedom and moral order, indeed despairing of all Western civilization.

A nice-appearing young man later rose to ask a question. “How can you be so negative about conserving our traditions? I just saw the statistics that conservatives and Christians are pretty much the only ones having children, so the future will be good for us.”

Bork hesitated for a few quiet seconds and in a deep voice answered, “Are you and the others going to send your children away to college?”

Even then the university was overwhelmingly left-wing, religion was verboten, and the faculties were voting overwhelmingly for Democratic candidates.

Seventy-two percent in the U.S. have also agreed recently that religion was “losing influence” in America; but 56 percent of these thought that this was a bad thing.

A large number of younger conservatives today think this is something new. This shock is turning them into opponents of leftist elites and they are fighting back politically. But they still send their children to the same top colleges with the consequent inability to get their own children to register Republican, much less to vote conservative or to attend church.

Center Left analyst Fareed Zakaria summarizes the resulting general decline of religion as demonstrating that the United States is finally losing its distinction of being both economically advanced and still religious. The U.S. first divided into blue states mimicking secular Sweden and France and religious red states mirroring “Nigeria and Saudi Arabia.” He relies on work by academic Ronald Inglehart — mostly dependent on international 2020 Pew Research Center data — to demonstrate both a world and U.S. decline in religion ever since 2007 and a future decline in religion in all industrialized nations.

Predicting the decline of religion has been at the top of secular intellectualism ever since the 17th and 18th centuries’ so-called Enlightenment. But, somehow, something always seems to get in the way. My last year’s book The Enduring Tension used much Pew and other historical data to question that thesis with data up to the year 2015.  By then the big historical events actually demonstrated the opposite, with the transforming of Russia, Turkey, the Middle East (and even China before the crackdown) from 20th century secularism to becoming more explicitly Christian and Muslim.

Worldwide Pew population estimates up to the year 2050 predict: Christianity will increase from 2.17 to 2.92 billion, Islam from 1.6 to 2.76 billion, Hinduism 1.03 to 1.38 billion, other religions basically stable at .06 billion, and those with no religious affiliation from 1.13 to 1.23 billion. By then, Christians would represent 31.4 percent, Muslims 29.7 percent, Hindus 14.9 percent — or two-thirds of the world population just from these — while the religiously unaffiliated actually would decline from 16.4 to 13.2 percent of the world’s population.

Of course, the intellectuals are really only interested in Europe and the U.S. as compared to Nigeria and Saudi Arabia, as Zakaria put it. Indeed, Pew confirms that four out of every ten Christians in the world will live in sub-Saharan Africa by 2050. Europe has indeed been declining in religious behavior but, interestingly, not so much in religious identification. Indeed, it seems that the increase of Muslims in Europe (perhaps up to 10 percent), has had limited effect on religious behavior, which is pretty much limited to baptism and funerals for many. But it has led to 71 percent of Europeans now specifically identifying themselves as “Christian,” 65 percent believing in God or a higher power, and 62 percent supporting a church role in national welfare activities (higher in Catholic than Protestant nations) rather than an absolute decline in European religion.

In the U.S., Christians are predicted to decline from 78 to 66 percent, although many of the new “unaffiliated” also identify as Christian. Gallup research shows that a “nontrivial” percentage of Nones say religion is at least fairly important in their lives. Pew Research similarly concluded that “a significant minority of ‘nones’ say that religion plays a role in their lives. Gallup end of the year 2020 data found three-fourth of Americans identifying with a religion (69 percent Christian) and 21 percent Nones without a stated religion. But 76 percent in the U.S. said religion was fairly or very important in their lives, while 25 percent said it was not important.

Still, when WIN-Gallup International statistics show that 59 percent of the world population says it is religious and only 13 percent is atheistic, almost all of the latter in China, Japan, the Czech Republic, and France, it is difficult to predict general decline. But there is change. In the U.S. both Zakaria and more Right-leaning experts like Daniel McCarthy note the importance of a blue/red political divide with a strong religious character. Gallup estimates 80 percent of white Evangelicals, 61 percent of white mainline Protestants, and a majority of more religious Catholics (including Hispanics) are on the red side. And Protestant blacks, and whites and Hispanics less attached to religion, are significantly more on the blue side.

McCarthy believes that religion is still important in the U.S. today and that it in many ways is split along the blue/red political division. Indeed, he says:

Christian voters are the backbone of the Republican Party, and Christian thinkers provide the right with much of its language, if not as much of its policy as they would like. Heartland patriotism is not just love of country, but love of “country” as opposed to city: a patriotism of regions and states, of American heritage and America first.

Formal church membership has declined during Covid, although was “slowly improving” according to Gallup. Seventy-two percent in the U.S. have also agreed recently that religion was “losing influence” in America; but 56 percent of these thought that this was a bad thing.

McCarthy predicts that reds will continue opposing blues but that the reds will despair over the lack of Republican dedication to and political success in promoting the values they support. “Sooner or later their plight will be articulated by new philosophers, who will offer prescriptions for a social order no longer in fact grounded in Christianity or local affection” but in “a hard new right” not bound by these niceties. Zakaria considers those who support Donald Trump as already bound into a hard new Right.

In fact, the religious proportion of the right does not seem to fit either bill, at least not yet.

In general, religious background would not seem propitious for insurrection or even turning towards a hard right; but McCarthy questions the depth of religious commitment. Mainline Protestants allow female clergy, openly gay priests and bishops, and same-sex marriages. Younger evangelicals are becoming more sexually progressive. And most Catholics disregard teachings on contraception and many favor allowing the divorced and remarried to receive Eucharist. Some churches “have more BLM signs than parishioners,” he quips. While few Christians aspire to real martyrdom, the “left wins the culture war through the blood of sacrifice” of “well-publicized” pseudo-martyrdoms, from Trayvon Martin to George Floyd to Matthew Shepard. “Floyd is on CNN, while Christ is not.”

The bottom line for McCarthy is that while left leaders have conducted a battle against religious heritage, right ones have done “nothing to restore religion, localism, or constitutional philosophy. And as Americans become more socially atomized most of them find organized religion, local loyalty, and eighteenth-century philosophy baffling and unrelated.”

The victory of traditional Judeo-Christianity with the Dobbs decision overriding Roe v. Wade and the general extension of religious rights nationally suggests less bafflement than it sometimes seems. With varying degrees of success, religious Americans will probably continue moving to the right as left assaults intensify, even coming from its more reasonable prognosticators like the one referenced here. For now, mainstream and social media retain great influence in teaching and enforcing their religion of wokeness, but regardless of its political power I will confidently predict it will not displace traditional religion even in the U.S. much less in the rest of the world.

Donald Devine is senior scholar at the Fund for American Studies. He is the author ofThe Enduring Tension: Capitalism and the Moral Order, new from Encounter Books; America’s Way Back: Reclaiming Freedom, Tradition, and Constitution; and Political Management of the Bureaucracy. He served as President Reagan’s director of the U.S. Office of Personnel Management during his first term and can be followed on Twitter @donalddevineco1.