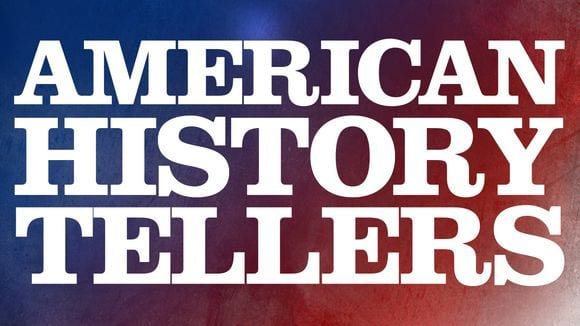 At the theater last month I overheard a mother speaking to her young daughter about theaters and presidents. The mother said, “A president, Thomas Jefferson, got assassinated in an old theater like this one.” The girl said that she didn’t know that. Her mother was surprised she hadn’t learned about it in school. It was difficult to stifle laughter but sobering, too.

Many Americans, even those whose occupation it is to study history, often lack what used to be understood as basic knowledge. Many top universities no longer require history majors to take U.S. history courses, and, in one study, a third of college graduates did not know that FDR introduced the New Deal.

A new podcast could be the answer to our country’s historical illiteracy.

American History Tellers is a new podcast from Wondery that began at the start of 2018.  It will delve into various trying times throughout our nation’s history. The idea for the podcast came about after the success of several other history podcasts, such as the Fall of Rome and Tides of History. These other podcasts focus largely on ancient and premodern history, and the team at Wondery wanted to use a similar format to bring U.S. history to the masses. A dedicated team of writers and American historians came together to make this podcast possible. Tremendous amounts of research go into each episode.

The episodes are narrated by Lindsay Graham, not to be confused with Senator Lindsey Graham, whose soothing yet serious voice guides the listener through various scenarios that would be occurring in the historical period. Topics include interesting tidbits like the FBI interrogation of a suspected communist during the Cold War. The podcast doesn’t just discuss the great men and events of history, it brings it down to the level of the common man, which is often lost in many historical endeavors. The first four episodes released so far focus on the Cold War, and the next two will as well. Each subject will be discussed in about six episodes, and future topics will likely include the Gold Rush, Prohibition, Texas history, the space race, and the American Revolution.

Each episode runs about 45 minutes and is perfect for listening to at work or in the car.  Whether you’re a massive history buff or just casually interested, this podcast is worth checking out. It can be found on iTunes.