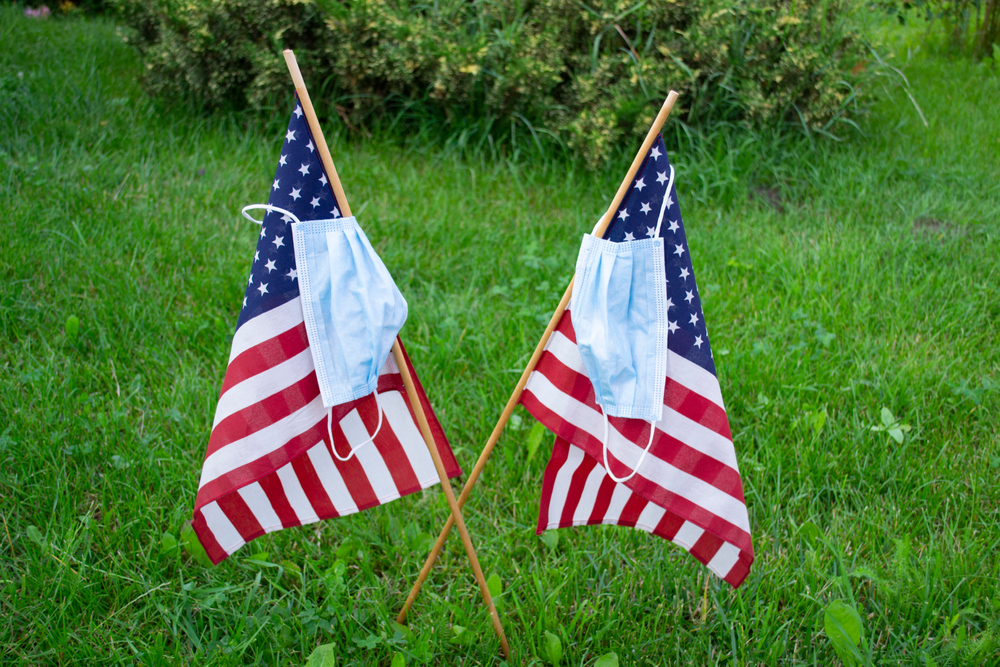 Declaring their independence from British rule 245 years ago, the American colonists held “these truths to be self-evident, that all men are created equal, that they are endowed by their Creator with certain unalienable Rights, that among these are Life, Liberty and the pursuit of Happiness.” They went on to announce, “That whenever any Form of Government becomes destructive of these ends, it is the Right of the People to alter or to abolish it, and to institute new Government, laying its foundation on such principles and organizing its powers in such form, as to them shall seem most likely to effect their Safety and Happiness.”

During the recent holiday, I reflected on how we’ve strayed from the ideals expressed so eloquently by Thomas Jefferson. You don’t have to be a Reagan Republican to see how governments at the state, local, and federal levels can obstruct our pursuit of happiness and at times even jeopardize our safety.

Consider the COVID-19 pandemic. Despite the virus’s perils, governments abused their authority through lockdown policies and onerous outdoor mask mandates. Many schools remained closed despite data that revealed safe ways to bring the kids back. And when schools did reopen, the priority wasn’t education but, instead, hygiene theater.

At the federal level, the pandemic response was plagued by incompetence, including the two main public-health agencies, the Centers for Disease Control and Prevention (CDC) and the Food and Drug Administration (FDA). Talking to Reason magazine, George Mason University economist Alex Tabarrok noted that the agencies’ response to the pandemic is “a failure of historic proportions.”

The CDC, whose mission includes preparing for pandemics, failed to see this coming or at least share the information it had with the public in a timely manner. It then issued frequently changing or confusing messages about the virus and masks. Its mistakes were compounded by the FDA’s refusal to adopt already available COVID tests from abroad, and it then failed to deliver a test that worked.

The FDA also refused to authorize the use of home tests, arguing that they aren’t as safe as the government ones. This unnecessarily slowed our ability to limit the coronavirus’s spread. These repeated failures led to more deaths and left authorities with a perfect excuse to implement government lockdowns and close schools.

It’s too easy for critics to blame these mishaps on former President Donald Trump. These agencies have a history of failures that long predate his presidency. For instance, thanks to the FDA’s hyper risk aversion and overly restrictive rules, thousands of people every year suffer and die while treatments that could have helped them sit on shelves awaiting FDA approval. The CDC is also renowned for its repeated failures — from its nonsensical war on vaping and failed nutritional recommendations to its botched responses to previous disease outbreaks.

But pandemics are not the only excuses governments use to violate our rights to life, liberty and the pursuit of happiness. Governments of all stripes pass many well-intended rules that thwart the achievement of our full economic potential.

For instance, zoning and other land-use rules slow growth by restricting the construction of housing, thus increasing the cost of living in places that would offer those who could move there higher wages and better lives. One result is that people are kept in places less conducive to their own prosperity. The same can be said of restrictive immigration rules. Tariffs, farm and export subsidies, and most occupational-licensing requirements increase the prices paid by consumers while making it harder for lower-income and younger workers to enter the labor market and compete with protected workers.

These are just a drop in the ocean of bad rules imposed on us by our governments. But no actions have been more detrimental to the ideals of the Declaration of Independence than the states enforcing slavery, “black codes,” Jim Crow laws, and other discriminatory rules on minorities while the courts — including the Supreme Court — shut their eyes to the rights violations. This was compounded by the counterproductive war on drugs, with its militarization of the police and a justice system that destroys the lives of thousands of Americans every year, simply because they consume and trade a substance the government disapproves of.

It’s time that we rediscover the promise of the American Founding and build upon it to make America truly the land of the free.