Another Perspective,Top Story Black Lives Matter,Hate Speech The Reckoning America Really Needs - The American Spectator | USA News and Politics
Menu
Another Perspective
The Reckoning America Really Needs
There’s more than one — so many of Americans’ frustrations are being overlooked.
by Steve Salerno
Trump supports at the Capitol building, Washington, D.C., January 6, 2021 (Alex Gakos/Shutterstock.com) 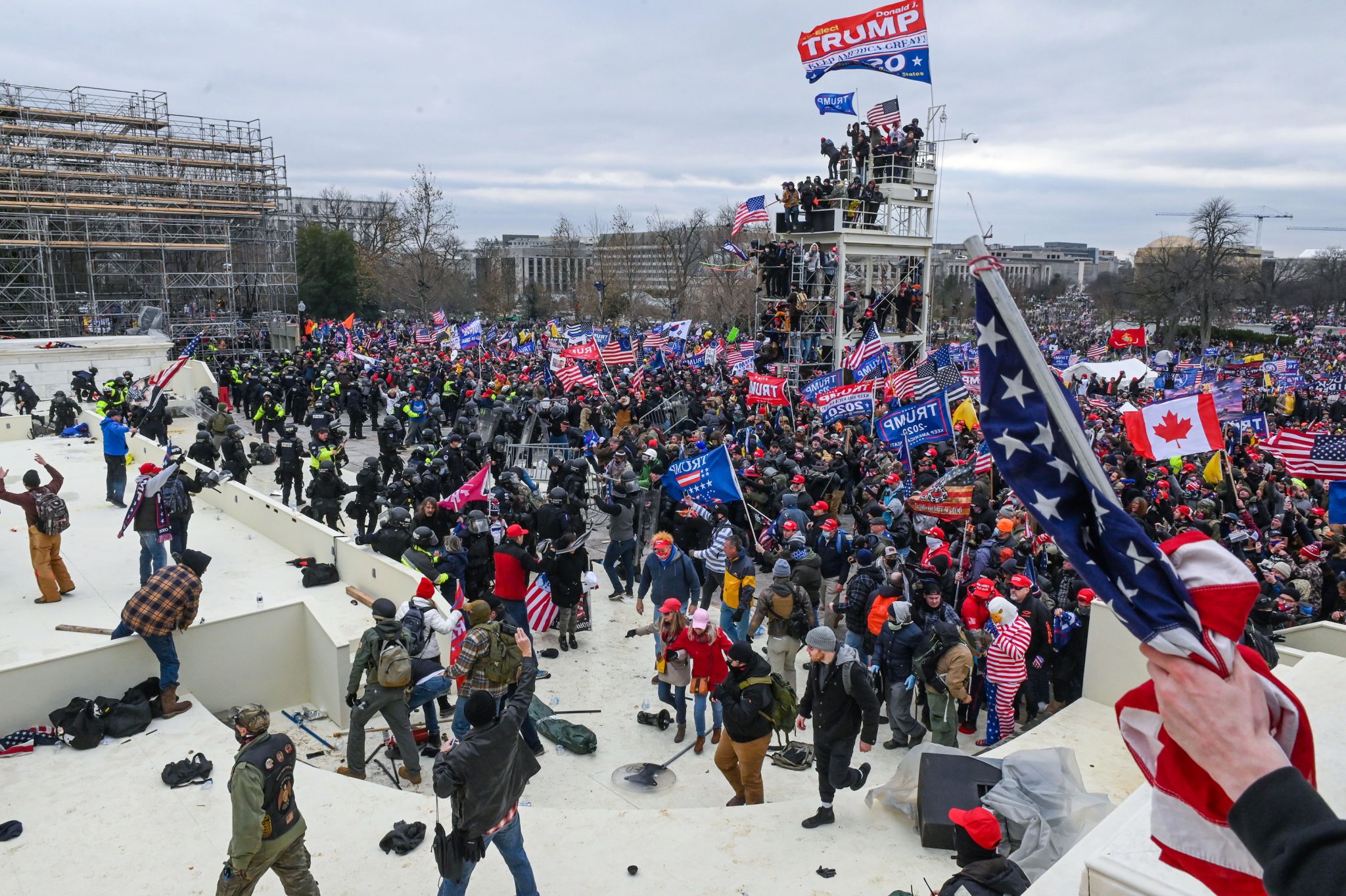 In the midst of the past summer’s unrest, veteran MSNBC contributor Sally Kohn tweeted, “I don’t like violent protests, but I understand them.” Kohn’s tweet captured a sentiment that suffuses the American Left — at least insofar as causes to which they’re sympathetic. Several Capitol Hill lawmakers had already invoked the famous Martin Luther King Jr. line, “A riot is the language of the unheard,” and one would even propose that “there needs to be unrest in the streets” in order to highlight the injustice that stalks black lives. In more recent days, we were told that comparing the storming of the Capitol to the Black Lives Matter riots is “apples and oranges,” because the BLM riots were for a just cause. In keeping with such parsing, at different times over the past week both Van Jones and David Axelrod dutifully trotted out the phrase that has become a forlorn mantra: “We need a racial reckoning.”

Perhaps. But we need other reckonings as well. Those other reckonings figure in the frustration that drives Trump supporters to descend on the Capitol, but more often simmers quietly in the hearts and minds of citizens who would never dream of marching on Washington or shouting “Stop the steal!” One might nonetheless say that the pithy Trumpian slogan, writ larger and more metaphorically, represents disparate factions of Americans who share the pained conviction that something precious and irreplaceable is indeed being stolen from them.

We need a reckoning for the millions of rigorously decent white Americans who detest being called to account today for crimes committed hundreds of years ago. They see themselves caricatured as rubes and bigots. They see the cherished principles with which they grew up — law and order, self-reliance, financial responsibility — maligned as “dog whistles.” The very shorthand that they use to express the values they worked so hard to instill in their children may be formally banned as hate speech on the campuses where those children’s professors mock them as anachronisms. Related:

We need a reckoning for the millions of black Americans who are leery of publicly embracing the aforementioned principles (which of course are hardly specific to white America). Many such black Americans are hesitant to confess their reverence for education and law and order for fear of hearing themselves denounced politely for “acting white” and less politely with brackish Reconstruction-era epithets.

We need a reckoning for the immigrants who arrived legally from places half a world northeast of South America and have since managed a stunning transformation: Notwithstanding their Asian complexions and features, they have become part of the privileged white patriarchy! How did this miracle happen? They made successes of themselves. Despite speaking scant English at first, despite being subjected to scurrilous discrimination, within a generation or two they joined the land-owning class and began sending their kids off to elite universities — though sometimes they must file lawsuits in quest of their rightful slots. One would think they are not real immigrants, or real minorities, either.

We need a reckoning for the hundreds of small-business people among this cohort who watched in horror as everything they worked determinedly to build went up in literal smoke during riots this summer on behalf of those “real” minorities — and who then heard their legitimate grievances trivialized by the likes of Nikole (1619 Project) Hannah-Jones and the liberal media: “It’s just property.”

We need a reckoning for the tens of thousands of dedicated teachers who are vilified for failing to educate students who seem ineducable, whether due to lack of interest, nonexistent parental support, or that “acting white” thing. Many of these teachers dread going to school each day because some of those disengaged students are dangerous. Yet the teachers feel hamstrung because they may face censure for putting kids on the school-to-prison pipeline. After all, where are their skills at deescalation?

Speaking of which: We need a reckoning for people like Shay Mikalonis, the 30-year-old Las Vegas cop who remains paralyzed after being shot in the head during a Black Lives Matter rally. Such victims may receive mention in media for a fragmentary second, but then they drift forever off cable-news radar, which is tuned only to transponder signals from Breonna Taylor or Jacob Blake. Unlike many of those memorialized by BLM, Shay had no outstanding warrants or felonies on his record; by every account he was, rather, an outstanding young man.

We need a reckoning for nonconforming college faculty who once assumed that academic freedom meant what it said: the freedom to openly explore ideas that may be anathema to some students (or peers). As these professors see it, the classroom is the great laboratory of the mind, and as is true in any lab, volatile elements sometimes must be handled. We need a further reckoning for the academic researchers who are proscribed from pursuing certain lines of inquiry (race, gender) because the results may conflict with goals progressives have embraced on an a priori basis.

We need a reckoning for Americans of all stripes who never asked for a handout and now watch in confusion as politicians propose to give away pretty much everything to everyone: from college tuition/loan forgiveness to health care to housing to a monthly stipend for merely existing, à la Andrew Yang’s universal basic income — a once-fringe notion that gains increasing traction. Their dismay is not borne so much of resentment as from their understanding of a pair of insights about human nature: One, what you work for, you value. Two, you get the behavior you reward.

In sum, we need a reckoning for the growing mass of citizens who would never dream of storming a government building but fantasize about storming some symbolic Capitol in reprisal for the awful things being said and done there and across the land in the name of today’s fun-house vision of American democracy. This includes the disparagement of long-held beliefs about law and order, the undermining of the work ethic, the condoning of wanton destruction of private property, the demonizing of what used to be considered virtue — the hubris and sheer lunacy of presuming that good people who have done nothing wrong are somehow what ail us.