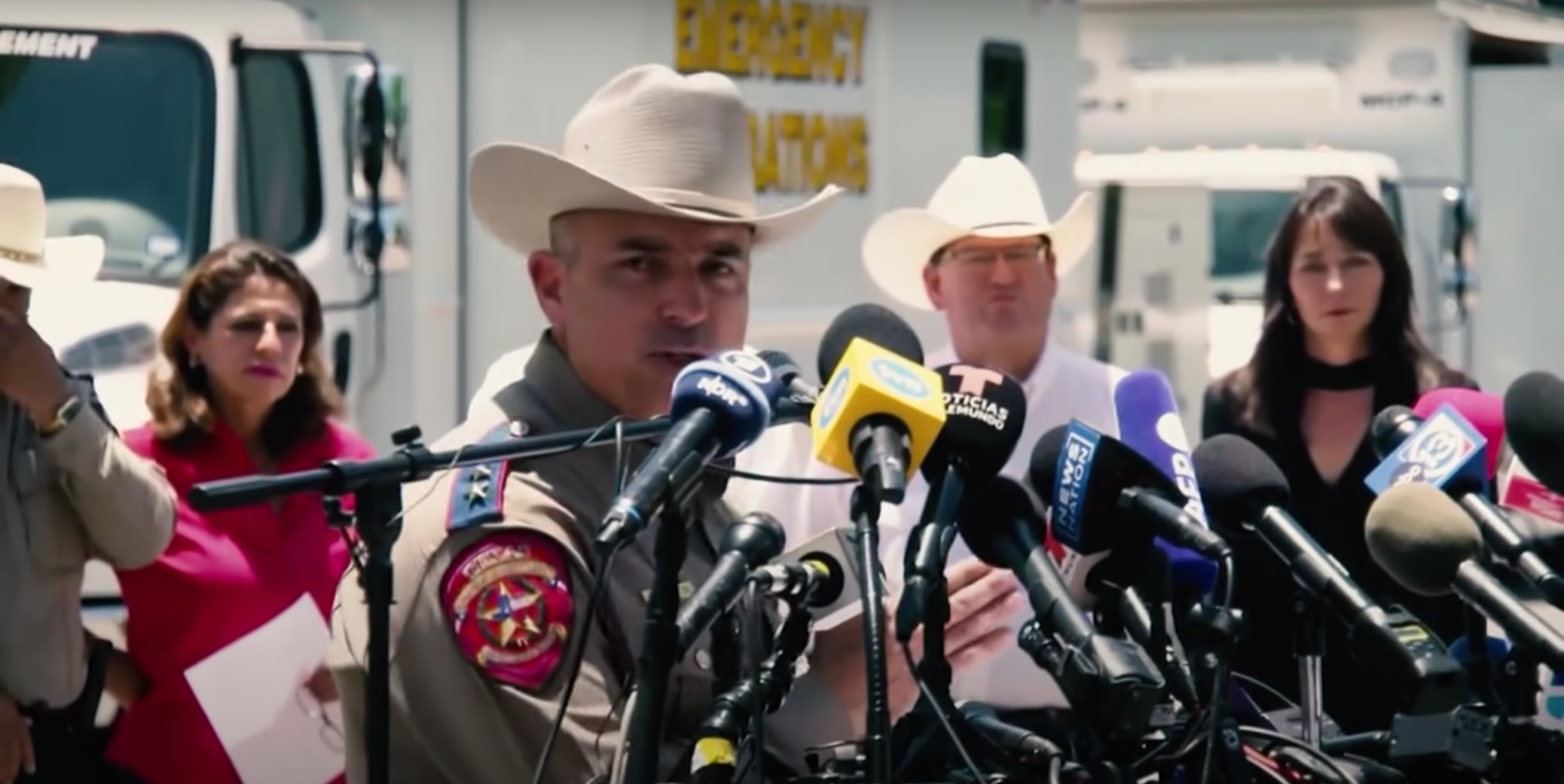 Instead of being confronted at the threshold by an armed police officer, as first reported, news broke on Thursday that Salvador Ramos walked into Robb Elementary School in Uvalde, Texas, unimpeded before killing 19 children and 2 adults.

He entered the school after firing at a funeral home across the street, climbing the school’s fence, and shooting at the building. Incredibly, he walked inside 10 minutes after a 911 call reported an active shooter at the school.

The only thing missing was a red carpet inviting Ramos to effectuate his plans for mass murder — which he had duly posted to social media just before traveling to the school.

Americans are understandably dismayed and angry. After Columbine, Newtown, Parkland, Oxford, and similar tragedies, there has been a collective reckoning over how this could happen again.

They can’t help themselves. Gun control is a sacred part of the secular religion which is modern liberalism — on par with climate change, abortion on demand, and identity politics.

At this juncture, I’ll note that like many Americans, I am open to new gun measures — particularly those aimed at deterring the mentally ill from obtaining firearms. That doesn’t include banning so-called “assault rifles.” Contrary to Biden’s claim during his Tuesday evening speech, there is no evidence that the ill-fated 1994 assault weapons ban resulted in fewer deaths.

Gun-loving Americans, and those who simply respect the fundamental right to keep and bear arms, enthusiastically support highly restrictive gun control measures — for criminals, that is.

Liberals, by contrast, tend to block gun control for criminals. A case in point is their war on stop-and-frisk policing. The main reason for stop-and-frisk is to engage suspects before a shooting happens (like the dozens which occur every weekend in the gun control mecca of Chicago) and remove illicitly possessed firearms.

Identity politics, alas, trumps gun control for criminals. “Progressives” object that most individuals stopped and frisked are young black males — i.e., the demographic group to which most inner-city crime suspects (and victims) belong.

In any case, rather than the breakdown of the family, extreme violence on TV, the rise of social media, and declining participation in religious services and other communal activities, the Left sees America’s affinity for firearms as the true pathology underlying “gun violence.”

Their gun control obsessions have distracted from something which should have been completed years ago: adequately protecting every American school from a lone madman.

How this gets done is beyond the scope here. Suffice to say that teachers and school administrators willing and able to carry guns should be allowed and encouraged to do so — after undergoing world-class training. Instead of demonizing gun rights groups to score political points, the president should ask the National Rifle Association to help with new firearm training programs for educators. Now that would be a message of unity. It won’t happen.

Not that the NRA gets a free pass here. While the group supports the idea of red flag laws in theory, the conditions it demands are too restrictive. In emergencies, police must act immediately to remove guns from a mentally disturbed person. There isn’t always time to inform the gun owner — as the NRA insists. Given the unique dangers posed by severe mental illness and guns, due process is satisfied if individuals can adequately challenge any ex parte orders at the earliest possible time.

But this gets us closer to the real problem. School shootings by deranged persons don’t happen because of pro-gun lobbying. If anything, it’s fairer to blame activist groups like the Bazelon Center and its liberal allies, who oppose involuntary commitment laws.

When I practiced law in Cleveland, Ohio, the probate court occasionally had me represent involuntarily committed persons. The hearings, held at the psych ward of a local hospital, taught me an important lesson. America needs mental hospitals, which the Left shuttered during the deinstitutionalization crusade years ago. I don’t remember the details of every case. But what still stands out is that in virtually every one, the client had a long history of serious mental illness and previous threats.

It was always the same. Improvement after treatment, then deterioration. “John stopped taking his meds and is now threatening to chop off the neighbor’s head.” “Patient says he is receiving transmissions through a metal rod implanted in his head.”

The magistrate would almost always grant the emergency mental health hold, but keeping patients longer than a month was exceedingly difficult under the law.

One case is seared into memory. The client, who was quite fat, said that members of the hospital staff had implanted a baby in his stomach. Over my protests, he stripped to his underwear and repeatedly pointed to his belly. He yelled: “It’s in there, don’t you see, look what they did!” Given the Left’s new transgender fatwas, maybe this fellow was actually ahead of his time in thinking that a “man” can be pregnant.

Reading between the lines of the Child Advocate’s report on Newtown shooter Adam Lanza, it’s clear that Lanza needed an institutionalized setting. Some people can’t function in society. By the way, no gun control would have stopped Lanza — whose mother purchased his guns.

Moreover, in every mass shooting of children in schools, the shooter exhibited clear warning signs beforehand. This includes the Uvalde gunman, who reportedly posted Instagram photos that showed him cutting himself. He was in school with scars on his face and admitted to classmates that he had cut himself.

Although a different situation, the reader may hear echoes of Payton Gendron — the gunman who targeted black victims in a Buffalo supermarket earlier this month. Gendron showed up at his school last year in a full hazmat suit and repeatedly threatened violence towards students and his community with little consequence.

Rather than demonize the gun lobby, Biden, along with Congress and state leaders, must take action to ensure that our nation’s most precious assets, its children, aren’t victimized by walking, ticking time bombs. He should make a speech devoid of partisanship that reminds Americans, young people in particular, that reporting disturbing behaviors is one’s duty.

That’s the way forward. But Democrats and their media allies will continue their war on gun owners, framing the problem as one of too little gun control — making the next massacre more likely.

Ken Sondik, an attorney in Zionsville, Indiana, can be reached at Kensondik@sondiklaw.com