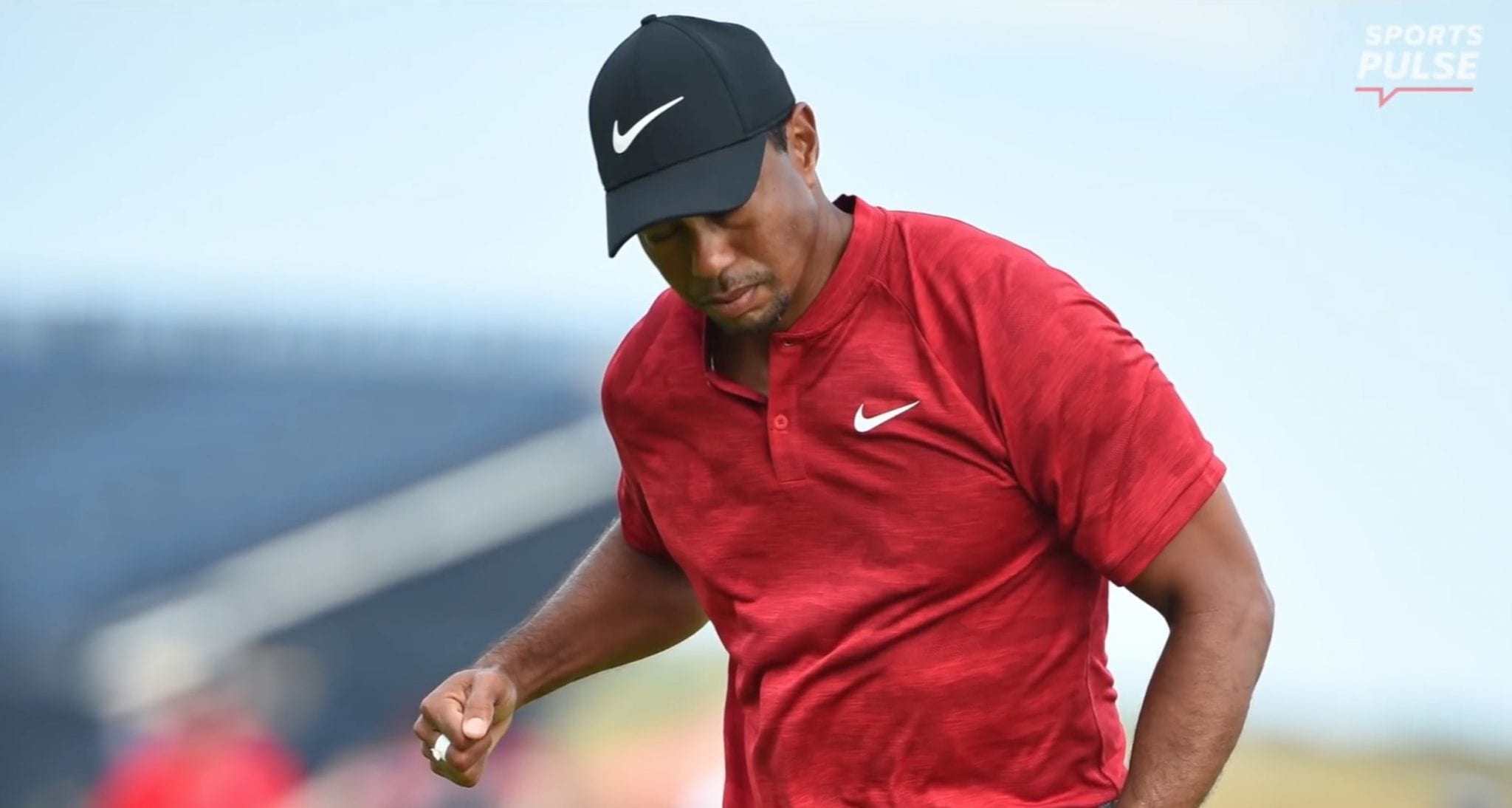 In the moments after Tiger Woods had played his way into the lead at the British Open and appeared to be the only player on the course in full control of his game, Dan Jenkins tweeted the following:

Wondering if there’s room to jump back on the Tiger bandwagon. Asking for a friend.

Following Jenkins’ tweets when you are watching golf on the television is pure lagniappe. It makes something that is already good just that much better.

And the golf on Sunday was very good.

The day had started with Woods at five under par, four shots in back of the leaders. These included Jordan Spieth, last year’s winner, who was still teething when Tiger Woods was winning the first of his fourteen major tournaments. These are, to review the bidding, the Masters, the U.S. Open, the British Open, and the PGA championship. He has won 79 tournaments as a professional. It is the majors that he really cares about.

Rory McIlroy was also playing ahead of Woods. He is young, too, and has also won majors. Four of them. Spieth has won three. Everyone expects Spieth and McElroy to win more. Woods, on the other hand, seemed unlikely to win another major, much less to equal or surpass Jack Nicklaus’ record of 18 major championships. When Woods was in his prime, he had that record squarely in his sights and didn’t care who knew it.

But then came personal scandal and injuries. Woods flamed out. Spectacularly. The personal aura was gone and you no longer saw him selling something every time you turned on the television. The physical ailments made it questionable whether he would ever win — or, perhaps, even play — again. He seemed to be spending more time in surgery than on the practice tee.

But he came back, slowly but doggedly, and he was there last week in a tough field on a tough course.

He played conservatively the first two days at Carnoustie. Almost as though he suspected that dragons on this medieval-looking course might be awakened and come after him snorting fire if he hit driver off the tee. It was fairways and greens and make a few putts. Conservative and in control. Nothing like the Tiger of old who seemed consumed by a desire to humble not just the rest of the field but also the course and even the game, itself. He once won a Masters by 9 and a U.S. Open by 15.

For the first three rounds, it seemed that he and Carnoustie were just feeling each other out. He played solid, almost boring golf, and by Sunday the course hadn’t really laid a glove on him. But he hadn’t really bloodied Carnoustie either. And conditions had been mild, almost forgiving. Now, on Sunday, the wind was blowing. Not howling, the way it can there. But it was strong enough that the players had to take it into account.

But Tiger pulled the driver out of the bag and attacked the course. He had birdie putts on the first couple of holes, but missed them. On the fourth, the ball went in. Then, on the 6th, which was playing as one of the toughest of the course, with five a par and a good score, he ripped his tee shot far down the fairway. He hit his approach with a three wood and the ball stopped just short of the green. Woods two putted for a birdie. All the other contenders were struggling for pars.

They backed up enough, in fact, that at the turn, Tiger Woods was in the lead.

For a few minutes, then, it felt as though the fates realized we’d been missing him and decided to be merciful. That he had been punished enough. Golf and its fans and aficionados should be given one last glimpse.

To the guy driving the Tiger bandwagon: If you want to slow down a bit, I might be jumping off here.

Woods managed one more birdie but finished at minus five, three strokes behind the winner, his playing partner, Francesco Molinari, who somehow managed to remain in control of his game and his emotions as the gallery grew increasingly frenzied until one fan finally lost it entirely and yelled during Woods’ backswing on the 18th tee.

Woods still put it in the fairway and dropped his approach in close for a possible birdie. But he missed the putt while Molinari serenely made his to complete a bogey-free round and win the tournament by two. A fine bit of golf that, two weeks from now, will be remembered fondly by his family and friends.

The story of the 2018 British Open is that on Sunday, on the back nine, Tiger Woods was briefly, but brilliantly, leading the field and going for that fifteenth major.