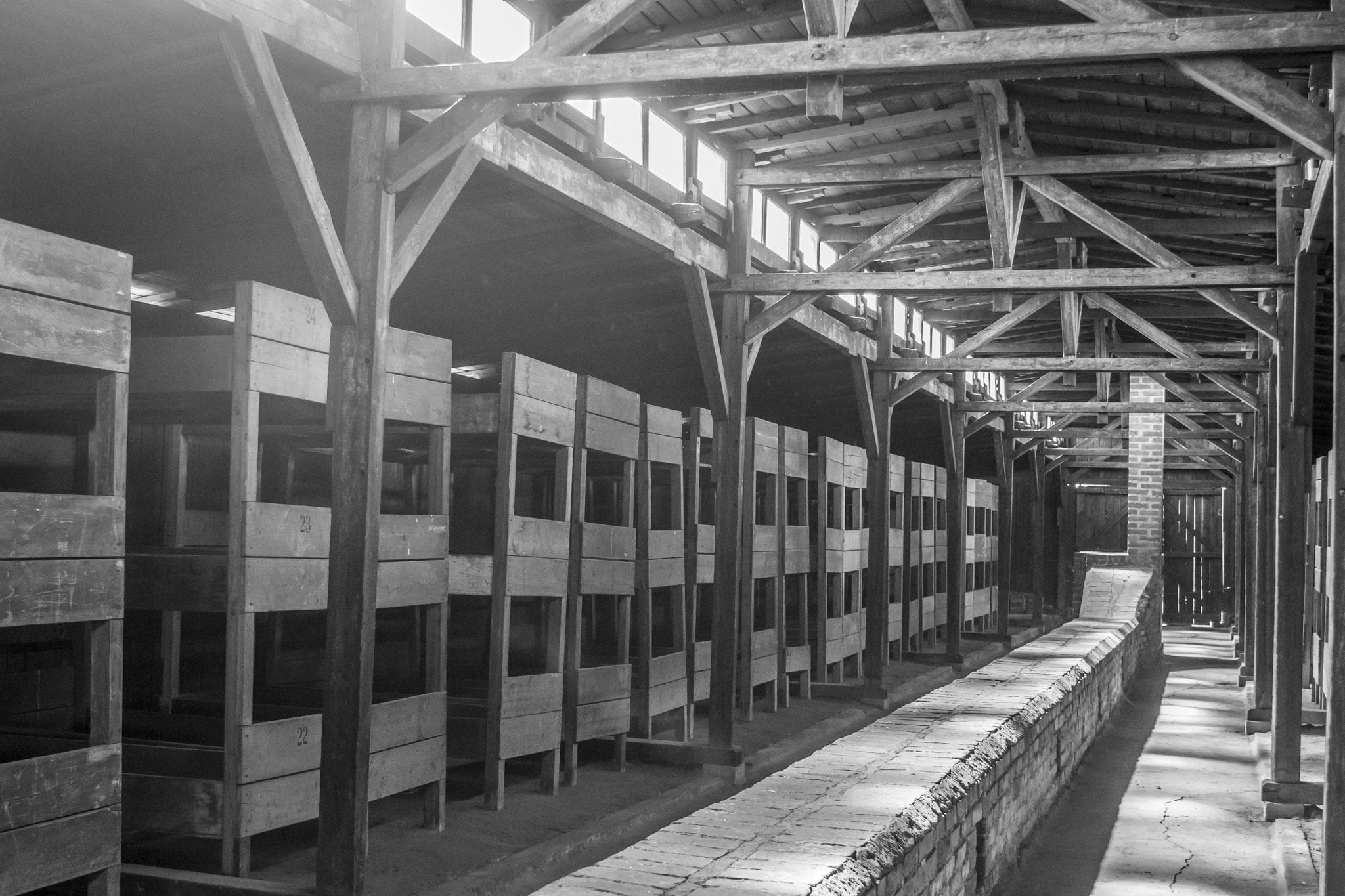 The concentration camps were not just barbaric, they also served a political function. They made death anonymous. They removed any meaning from death as they made the extinction of life, in such a mechanized fashion, a statement about its worthlessness.

When you are slaughtered like an animal and harvested for the meager remains of your belongings, the intention is to redefine your life as if you were an animal, nothing worthy of commemorating.

It was not just Jews who went to the slaughter, not just gypsies, but Slavic peoples such as Poles, Russians, and Ukrainians who entered the vacuum of anonymous death, bereft of meaning.

Exact numbers of Poles killed at the Auschwitz compound are hard to gauge, but the brutal Nazi genocide resulted in millions of Poles exterminated and probably 500,000 sent to their deaths in the concentration camps.

Contrast that few non-Jews of Western Europe ended up in concentration camps to what happened to the Slavic peoples of Eastern Europe, and you see the genocidal savagery of the Nazi concept of the “Untermensch” at work.

If you were a Pole living in Warsaw in 1939, you had a 5% chance of surviving the end of the war.

So, when the insipid and grossly ignorant Alexandria Ocasio-Cortez compares the detention camps at the border with concentration camps, she smears not just Jews but every group of people whose death was made as meaningless as that of an animal on the assembly line at the stockyards.

She does not act alone. Those who rise to justify her boorish obliviousness help perpetuate this insult. Those who do not condemn her are not neutral but tacit accomplices.

Given the devastation of Poland by the Nazis, that the Nazis built extermination camps on Polish soil, and that the suffering of the Polish people is usually a footnote in the history of World War II, it was altogether appropriate that Dominik Tarczynski, a member of the Polish Parliament, extended an invitation for Ocasio-Cortez to see what real concentration camps look like.

For Ocasio-Cortez and her enablers, standing on the corpses of all those who died at the hands of Nazism in order to score political points is an obscene desecration of those victims’ deaths and is a further attempt to defile their lives.

Yes, Ocasio-Cortez should go to Poland and get the education she obviously did not get at Boston University. She should see what real fascism looks like and the horrors it wrought through mechanized death and genocide.

And maybe she and her enablers will understand that Auschwitz did not rise up overnight. It started with the demagoguery of brutal name calling and demonization of political opponents, not all that different from the politics she and her defenders practice when they invoke Nazi imagery where it has no place.

When the civility of political discourse and respect for our opponents becomes shrouded in demonization, we do not debate people, we send them to concentration camps because they and their ideas are evil.

Ocasio-Cortez needs to walk the soil of Poland and see where her hyperbolic ignorance took Europe. Poland has much to teach her.

Dominik Tarczyński might yet save America from the ignorance of her children. All Americans should applaud him.