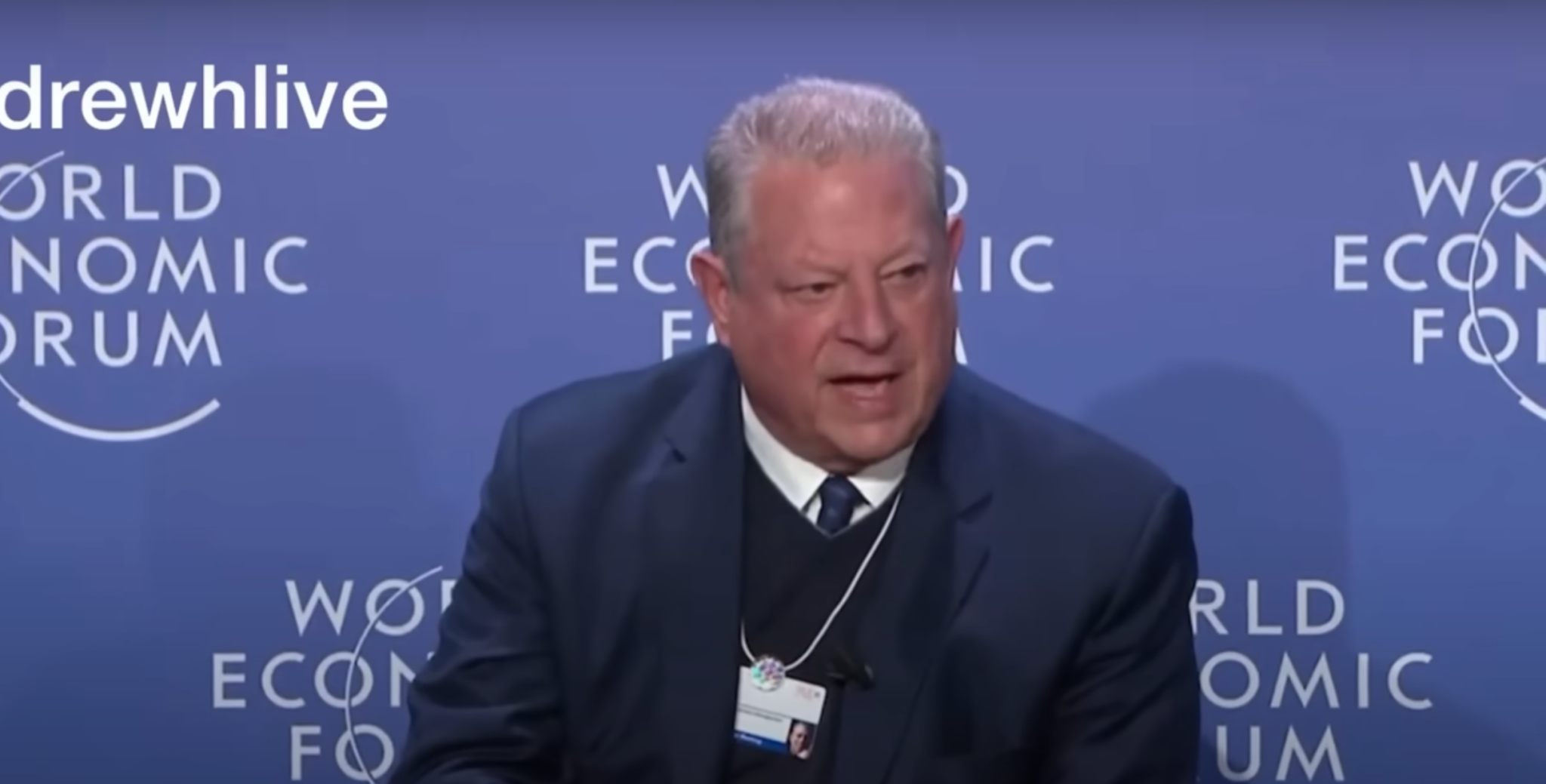 As the former vice president addressed the World Economic Forum on Wednesday, he seemed to have tumbled off an Alp and into the deep end of Lake Davos. Gore spoke to the annual conclave of giga-elitists about his signature topic, so-called “global warming,” now deceitfully rebranded with the catch-all, warming/cooling phrase “climate change.”

“People are familiar with that thin blue line that the astronauts bring back in their pictures from space?” Gore asked in the Swiss ski resort where these Gulfstream-riding hypocrites gather. “That’s the part of the atmosphere that has oxygen, the troposphere, and it’s only five to seven kilometers thick. That’s what we’re using as an open sewer.”

“We’re still putting 162 million tons [of greenhouse gas] into it every single day,” Gore screamed, “and the accumulated amount is now trapping as much extra heat as would be released by 600,000 Hiroshima-class atomic bombs exploding every single day on the Earth.” 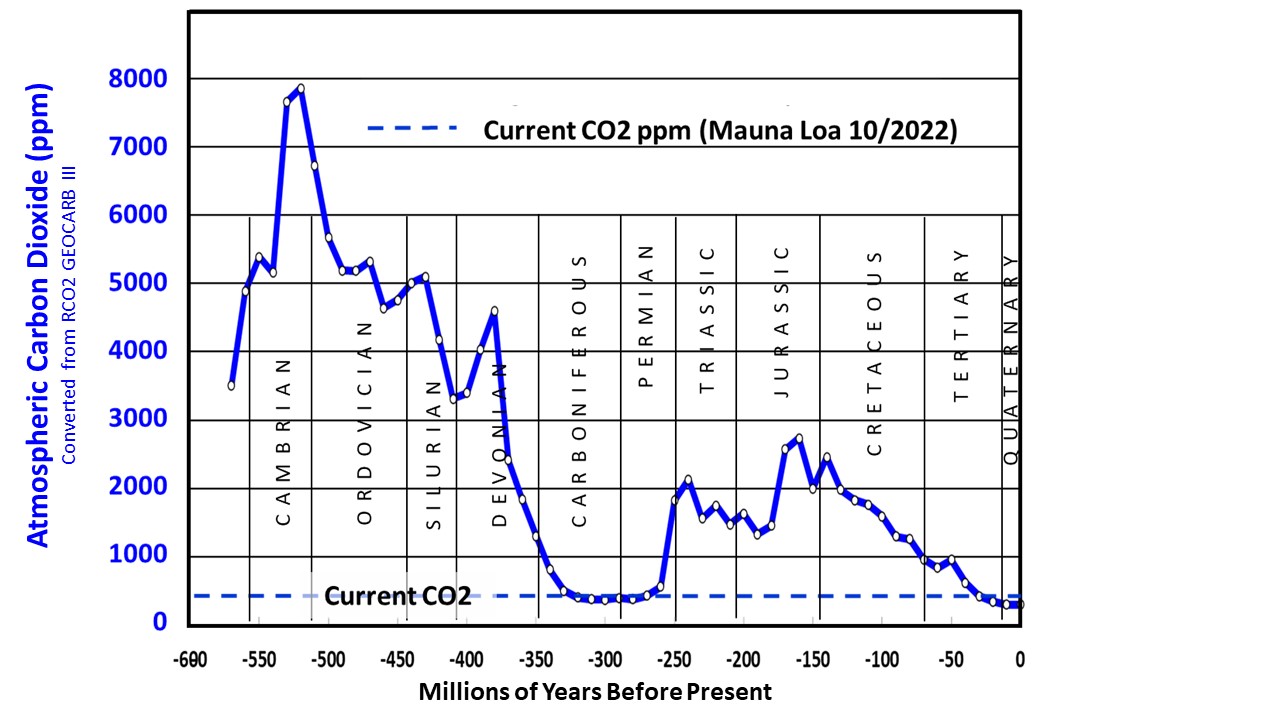 “That’s what’s boiling the oceans,” Gore hollered, “creating these atmospheric rivers, and the rain bombs, and sucking the moisture out of the land, and creating the droughts, and melting the ice, and raising the sea level, and causing these waves of climate refugees predicted to reach 1 billion in this century!”

So, Gore claims, so-called “global warming” retains enough surplus heat to mirror 600,000 Hiroshima-type A-bombs every day, 416 of them per minute, and seven such gadgets every second?

Annually, this is the thermal equivalent of 219 million atomic bombs exploding, each one as powerful as Little Boy, the first atomic device that America dropped on Imperial Japan on Aug. 6, 1945.

This totals 55.845 trillion tons of TNT worth of increased heat in the 17 years since the 2006 release of An Inconvenient Truth, Gore’s documentary/jumped-up PowerPoint presentation. 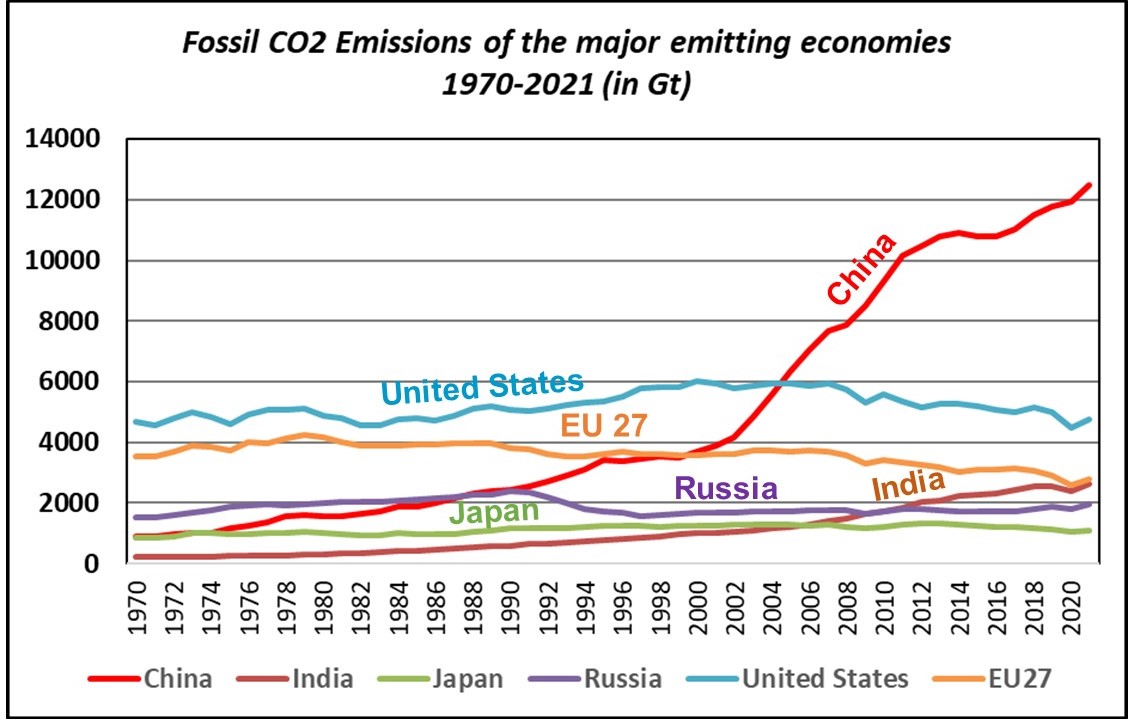 Given these staggering amounts of marginal heat, let’s hope someone brought a fan.

Meanwhile, Gore has inflated these figures quite dramatically in recent years.

“The cumulative amount that’s up there traps as much extra heat energy every day as would be released by 400,000 Hiroshima-class atomic bombs exploding every 24 hours on this planet,” Gore told the Netroots National Annual Conference in Atlanta on Aug. 12, 2017.

Just two years and eight months later, according to Gore, carbon dioxide’s baking power had swollen by an astounding 25 percent.

“Every single day, we continue to spew 152 million tons of man-made, heat-trapping, global-warming pollution into the thin shell of atmosphere surrounding our planet, as if it’s an open sewer,” Gore said in an Earth Day message on April 22, 2020. “And the accumulated amount now traps as much extra heat every day as would be released by 500,000 Hiroshima-class atomic bombs exploding in the Earth’s atmosphere every 24 hours.”

And now, at the daily 600,00 Hiroshima-bomb level, the devastation of so-called “global warming” is even worse by another 20 percent, just two years and nine months since Gore’s Earth Day 2020 panic attack.

Thank God this mayhem is limited to heat and neither radiation nor blast power. 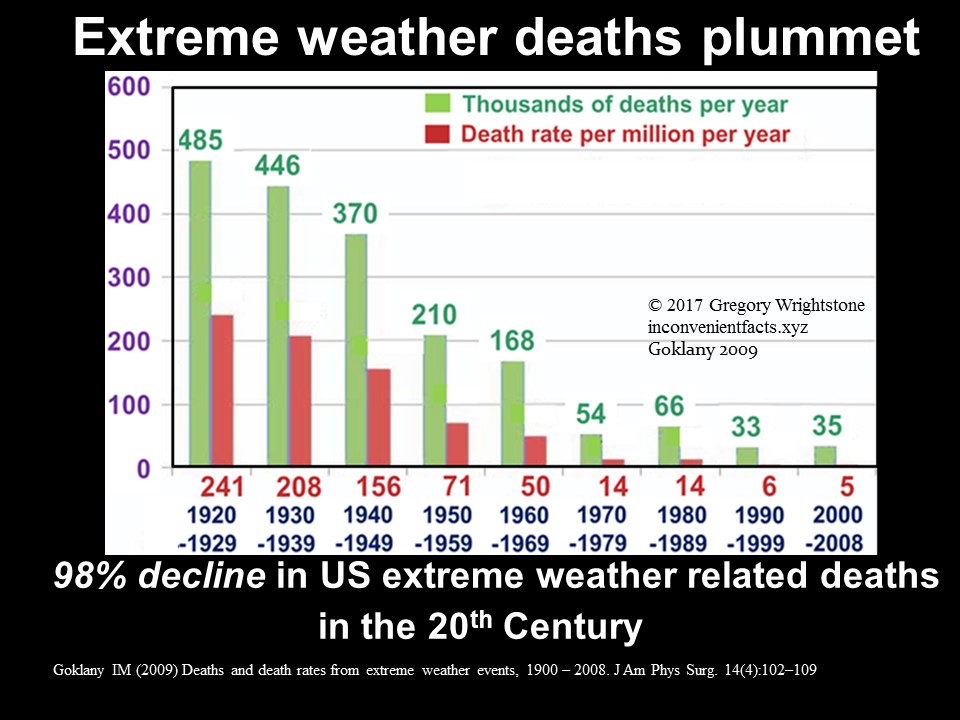 People who know a little about atomic devices and Earth’s climate greet Gore’s ravings with snickers.

“Quoting scarily large numbers without context is another common tactic,” wrote Dr. Steven Koonin, in his book Unsettled: What Climate Science Tells Us, What It Doesn’t, and Why It Matters. The nuclear astrophysics researcher, former California Institute of Technology provost, and Ph.D. graduate of the Massachusetts Institute of Technology added: “A headline that reads, ‘Oceans are warming at the same rate as if five Hiroshima bombs were dropped every second’ sure sounds scary, particularly as it invokes nuclear weapons. But if you read into that article, you learn that ocean temperatures are rising at only 0.04° Celsius [0.072 degrees Fahrenheit] per decade.”

At this rate, a 1-degree Fahrenheit increase in sea temperatures would take 139 years. That’s not quite “boiling the oceans,” and 2162 A.D. is hardly around the corner.

Koonin, who was Obama’s undersecretary for science at the U.S. Department of Energy, concluded: “And a bit more thought shows that the Earth absorbs sunlight (and radiates an equal amount of heat energy) equivalent to 2,000 Hiroshima bombs each second. So it’s pretty easy to scare people in the service of persuading rather than informing.”

“Al Gore claims that a modest 140 parts-per-million increase in atmospheric CO2 concentration since 1850 equals 600,000 atomic bombs,” said geologist Gregory Wrightstone, executive director of CO2 Coalition and the bestselling author of Inconvenient Facts – The Science That Al Gore Doesn’t Want You to Know. He is an “Expert Reviewer” with the United Nations’ Intergovernmental Panel on Climate Change.

Wrightstone told me further that Gore is apparently unaware that: “The average CO2 levels throughout Earth’s history were 6½ times our current levels” or 2,600 ppm across the ages versus 419 ppm last month, per federal observations; “Previous warmer periods were warmer than today and hugely beneficial to humanity”; and “Severe weather-related deaths have declined 98% since the early 1900s.”

“When Al Gore talks about atomic bombs, it sounds like a dog whistle against nuclear energy, a clean energy source that people in the green movement mostly reject but that Trump worked hard to encourage,” Dr. Thomas D. Grant, a Trump administration arms-control official, told me. “If Gore believed in reducing carbon emissions, he’d do more to promote nuclear energy instead of pushing his ‘green’ agenda.”

“Al Gore’s allegations are, as usual, ridiculous and unprovable, designed both to virtue-signal his fellow Davos jet-setting climate globalists and to scare-monger others away from practical long-term energy solutions such as nuclear power,” said former National Security Council spokesman and U.S. Marine Corps veteran John Ullyot. “Gore has been spending too much time hanging around gas stoves.”

All of this suggests three possible conclusions:

First, Al Gore’s calculator has a twitchy button that adds too many zeroes to his fuzzy math.

Second, Gore is a cynical liar whose willful mendacity terrifies people into buying the Green New Deal, which is communism with beautiful, Earth-friendly bows and ribbons rather than sniper towers and snarling Doberman Pinschers.

Third, Gore truly believes the nonsense that he sputters. If so, someone should throw a butterfly net over him and whisk him somewhere for serious, professional help.