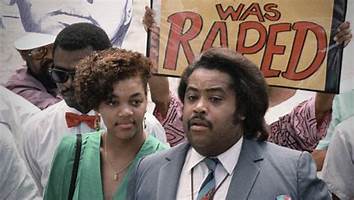 Well, time for the next race brawl. This one in Baltimore.

It all is a joke. Hundreds of millions spent on Holocaust musea (museums) all over the country, and all society has to show for it are a bunch of gift shop T-shirts and Hyphen Cortez describing detention centers for Illegals as “concentration camps.” The Illegals — more accurately described as “Imported Democrat Voters” (IDVs) — desperately flock to these detention centers, risking their lives on treacherous journeys along dangerous paths and highways, with women enduring rape, children torn from families being rented to others as pawns for immigration, and with others risking drowning in waters patrolled by our Coast Guard. They risk all for the dream of being admitted into one of these temporary detention centers. There they are fed, clothed, housed, medically attended — all courtesy of you and me, the taxpayers.

Some concentration camps! What an analogy!

Was Anne Frank hiding for two years in that attic with her family, and the Van Pels family, and dentist Fritz Pfeffer because she feared ICE and the American border patrol? Is that what Elie Wiesel was writing about — that, after his family desperately risked everything to make it into one of those detention centers, they found that there was indoor plumbing, fresh water, adequate meals? Concentration camps? In Hyphen Cortez’s intellectually restricted world, “Schindler’s List” presumably are all the different lawsuit claims to be brought against ICE, Border Control, and Kellyanne Conway before Obama judges in Oregon.

In such a world of pseudo-language, “racism” also has no more meaning. A perfect moment for Al Charlatan to enter the scene.

There he is, ever the pulpit reverend, and only G-d alone knows who ordained him to clergy.

Al Sharpton was there in 1987 when Tawana Brawley was raped — not. When she was smeared with feces by an attacker — not. He was her voice piece, her advocate, the Reverend Al. He had been James Brown’s tour manager for seven years, so the Rev. Al knew media. He knew how to grab their attention. Three years earlier, he had emerged as a great racial leader when he cried “racist” at Bernhard Goetz, who had shot four youths on a New York City subway train. Goetz went to trial and was found not guilty on all charges, except for possession of an unlicensed firearm. Sharpton demanded a further federal inquiry into Goetz’s racism. He got his inquiry, and they found that Goetz had feared for his safety, unrelated to race.

Al Sharpton was off to the races — or, more accurately, to baiting the races.

By 1991, Sharpton was helping incite Jew hatred and a pogrom in the streets of Crown Heights, Brooklyn. A frenzied incited mob murdered a Jew, Yankel Rosenbaum. Four years later, Sharpton helped incite further race riots against Jews in Harlem, resulting in the burning of a clothing store and in street deaths during the Freddy’s Fashion Mart Massacre. In a recording, Sharpton was taped as saying, “I want to make it clear to the radio and audience and to you here that we will not stand by and allow them [Jews like store owner Freddy Harari] to move this brother so that some white interloper can expand his business on 125th Street. [in Harlem].” In other words, where African Americans stand, Jews must clear out.

Years of his speeches were infected by racist attacks on whole classes of people. Ways that he incited mobs to violence against Jews, against police, against White people, against gays. The man is an outright hater.

By now, the Left Media’s hypocrisy and their fake-news tagging of President Trump as a racist in the Elijah Cummings/Baltimore episode has been well exposed. Before the president ever commented on Cummings or Baltimore, Bernie Sanders was calling Baltimore a “third world” entity. A mayor of Baltimore, Catherine Pugh (pronounced: pyew!), who eventually was forced out on corruption charges, went on a walking tour of her city and commented explicitly on the presence and smell of the rats there. A documentary about Baltimore by the extreme liberal Public Broadcasting System was titled Rat Film. The Associated Press reported last September that Baltimore’s murder rate was worse than that of Detroit or Chicago:

New crime statistics released by the FBI place Baltimore’s homicide rate last year well above that of any other large American metropolis, making it an anomaly in the national crime landscape for U.S. cities with populations over 500,000 people.

The 342 homicides notched last year in Maryland’s biggest city yielded a punishing homicide rate of 56 per 100,000 people, according to the FBI’s annual Crime in the United States report released Monday. Earlier this year, Baltimore had announced 343 slayings for the year, but three deaths were reclassified, eventually bringing the total to 342 in the city of roughly 615,000 inhabitants. The per capita rate was a record high for the city.

One of the great anomalies of today’s U.S. House of Representatives is the propensity of elected Democrats to ignore their Congressional districts and voters’ needs for the glories of the Trump Investigation Circus. We all have only 24 hours in a day. I work three jobs I love — congregational rabbi, law professor, and opinion writer — and I feel the crunch, often sleeping very little. It is not clear how many hours Adam Schiff, Nancy Pelosi, Jerrold Nadler, or Elijah Cummings sleeps, but these individuals devote their days, nights, staff times, television appearances, and public speeches to conducting one after another ridiculous investigation of President Trump. That is their focus, their attention, their purpose. They simply do not attend to their constituents with the focus that voters presumably would expect if constituents were more sophisticated. In like measure, Hyphen Cortez’s national prominence amid Green New Deals, Concentration Camp analogies, and preventing Amazon from bringing thousands of high-paying jobs to people in her district reflect an abandonment of people living there.

America still is, for now, a republic that operates on democratic principles of voting. The people of Baltimore, Detroit, Chicago, Memphis, and St. Louis all have elected one Democrat after another to lead them. St. Louis has not had a Republican mayor since 1949. Detroit since 1962. Chicago since 1931. Baltimore since 1967.

When people in a two-party country continue for more than half a century, without interruption, electing candidates from the same party to lead them, even as their once-great cities fade into rat-infested murder centers, then those voters do indeed deserve exactly, precisely what they have. They do not deserve a whit better than they have chosen for themselves.

On the night that the Left Media and their Sharpton Charlatans were tagging as “racist” a president who legitimately had called out Elijah Cummings for focusing so heavily for so long on investigating a fake collusion conspiracy that he truly was failing his constituents, the San Diego Padres were playing Baltimore. The first San Diego batter, Fernando Tatís Jr., hit a home run off the first pitch thrown by the Baltimore hurler. The next Padres batter, Franmil Reyes, then hit a home run off the very next pitch. Two Baltimore pitches to start the game, two San Diego home runs. By night’s end, the Padres had clobbered Baltimore 8-1.

Dov Fischer
Follow Their Stories:
View More
Rabbi Dov Fischer, Esq., a high-stakes litigation attorney of more than twenty-five years and an adjunct professor of law of more than fifteen years, is rabbi of Young Israel of Orange County, California. His legal career has included serving as Chief Articles Editor of UCLA Law Review, clerking for the Hon. Danny J. Boggs in the United States Court of Appeals for the Sixth Circuit, and then litigating at three of America’s most prominent law firms: JonesDay, Akin Gump, and Baker & Hostetler. In his rabbinical career, Rabbi Fischer has served several terms on the Executive Committee of the Rabbinical Council of America, is Senior Rabbinic Fellow at the Coalition for Jewish Values, has been Vice President of Zionist Organization of America, and has served on regional boards of the American Jewish Committee, B’nai Brith Hillel, and several others. His writings on contemporary political issues have appeared over the years in the Wall Street Journal, the Los Angeles Times, the Jerusalem Post, National Review, American Greatness, The Weekly Standard, and in Jewish media in American and in Israel. A winner of an American Jurisprudence Award in Professional Legal Ethics, Rabbi Fischer also is the author of two books, including General Sharon’s War Against Time Magazine, which covered the Israeli General’s 1980s landmark libel suit.
Most Popular
1
The Right Prescription
GA Senate Race: Why Warnock Can’t Shake Walker
by David Catron