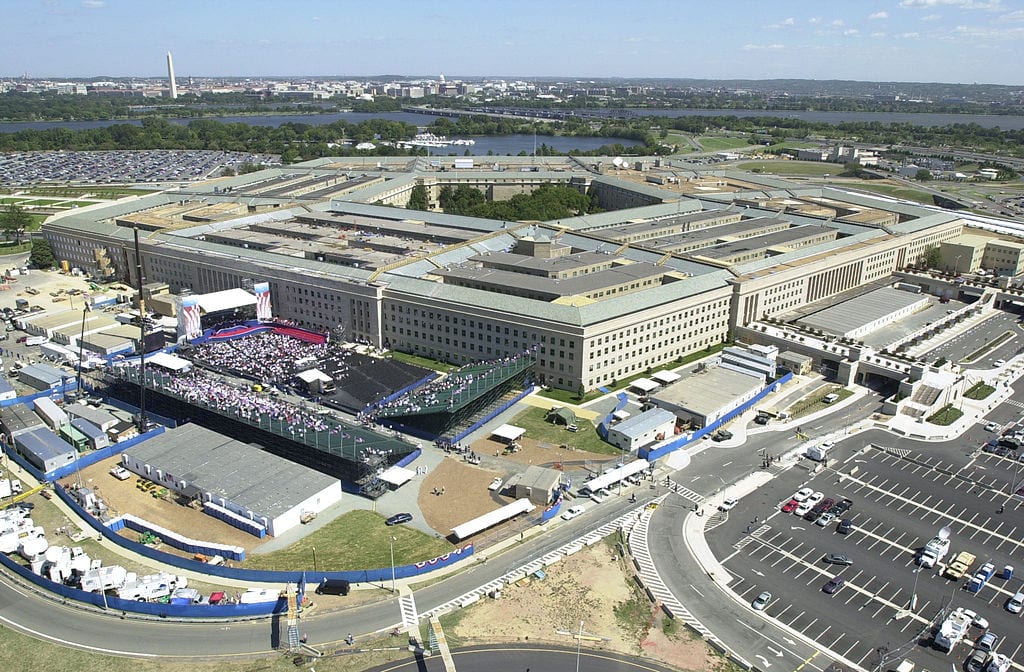 They say that a room full of monkeys banging on typewriters for an infinite amount of time can churn out a work of Shakespeare, but 1,200 auditors closely examining the Department of Defense’s (DOD) books can’t miraculously make the bloated federal department pass an audit.

The first-ever comprehensive audit of DOD and its $2.7 trillion in assets was a resounding failure, with officials saying it should take years for the Pentagon to get its books in order.

“We failed the audit, but we never expected to pass it,” Deputy Secretary of Defense Patrick Shanahan told reporters.

The Defense spending for the 2018 fiscal year was $716 billion, which President Trump called “crazy” in a tweet on Dec. 3. That was certainly an interesting quote from Trump given that he had championed increasing Defense spending by $82 billion earlier in the year.

But after meeting with Defense Secretary James Mattis and the GOP chairs of the House and Senate Armed Services committees, Trump actually approved a higher budget for 2019 — $750 billion — on Dec. 9.

That was even more than the $733 billion that DOD had originally requested.

While Trump’s tax cuts were good, a lack of an accompanying reduction in federal spending has caused budget deficits to soar. (The federal deficit jumped from $666 billion in 2017 to $779 billion in 2018.) He had originally asked cabinet agencies to cut their budgets by at least 5 percent for next year, although those trims were unlikely to pass the muster of Congress.

Critics have slammed DOD for the audit, which showcases substandard accounting practices that have resulted in transaction records that differ from those of the U.S. Treasury. DOD also hasn’t recorded all of its real estate and property assets. Its management of expenses led to $665 million in waste last year.

“When internal records are inaccurate, it is difficult for the department to really know what resources or expenses it has,” wrote John Kristof, a research fellow at the Sagamore Institute covering fiscal policy, in RealClearPolicy. “And an organization that can’t track its finances properly does not deserve unquestioned budget increases.”

Reason pointed out that American spending on its defense dwarfs that of other world powers. China will spend about $175 billion this year on its military, while Russia will spend just $61 billion.

Reason’s Eric Boehm said the Defense budget increase “looks like yet another example of Trump being willing to follow the advice of whoever was the last person to talk to him.”

“That’s a shame, because the president’s instinctive reaction to America’s mounting budget deficit — cut spending! — is essentially the right one,” Boehm added. “Especially at the Pentagon, where top officials are given an annual budget larger than Switzerland’s GDP but don’t seem to have much of an interest in keeping track of where all that money ends up.”

“To clarify, the audit is not a ‘pass-fail’ process,” he said in an email. “We did not receive an ‘adverse’ finding — the lowest possible category — in any area.”

“We did receive findings of ‘disclaimer’ in multiple areas. Clearly more work lies ahead of us,” Buccino added.

The audit came after a scathing piece in the left-leaning Nation accused DOD of deliberately misleading Congress for years about its spending, and easily getting away with it given the lack of oversight.

The story said DOD would make up numbers and nonexistent transactions to help the department get more money from Congress each year.

“For decades, the DoD’s leaders and accountants have been perpetrating a gigantic, unconstitutional accounting fraud, deliberately cooking the books to mislead the Congress and drive the DoD’s budgets ever higher, regardless of military necessity,” wrote the Nation’s Dave Lindorff.

In the aftermath of the audit, DOD hasn’t published estimates of how much taxpayer money it could save with better oversight and accounting practices, but it does estimate it cost at least $500 million to fix the problems found in the examination of its books.

But that’s just a drop in the DOD bucket budget, isn’t it?