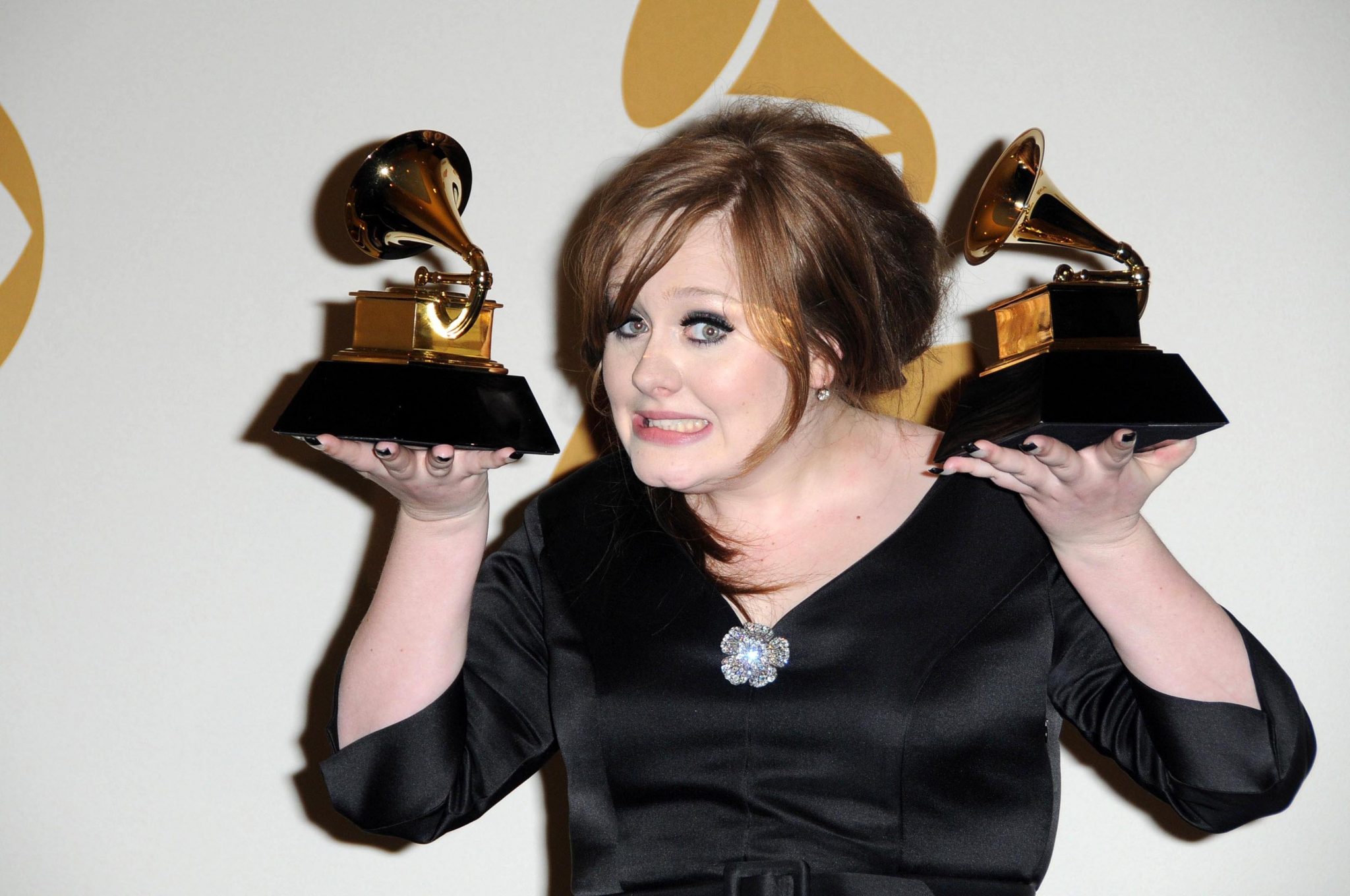 In his flagship work, The Closing of the American Mind, Allan Bloom writes, “It is in the nature of democracy to deny no one access to good things. If those things are not really accessible to all, then the tendency is to deny the fact.” While Bloom was speaking of creative genius in the arts, the truth of his statement is more widely applicable.

At the moment, this is nowhere more apparent than in the controversy surrounding Adele’s significant weight loss. Adele Adkins, the chart-topping UK singer-songwriter responsible for such hits as “Someone Like You” and “Hello,” has been in the public eye for years, and as a (till recently) larger woman, her body has — unjustly — been a topic of conversation for just as long. On that topic, she has walked a fairly straight line. Although she has said before that she is proud to “represent the majority of women,” her most consistent attitude towards the matter of her size is that it simply isn’t relevant and she is happy with how she looks. In interviews, she gives the impression of a woman who is comfortable with herself, has little use for insecurity, and is content to let her prodigious talent speak for itself.

Unsurprisingly, this had made her something of a patron saint to the body positivity movement. But recently, the singer posted a photo of herself on Instagram celebrating her birthday and also praising first responders and essential workers for their service in the coronavirus crisis. In the photo, she is slimmer than we have ever seen her before.

It’s been known for some time that Adele has been taking steps to improve her health, but still, many were shocked. Most remarked positively on her transformation, but others were not so pleased. Overnight a flurry of articles emerged: from CNN to the Independent to even the nominally conservative Telegraph, explaining the “proper” reaction to Adele’s new look and how, by complimenting Adele’s achievement, by even thinking that it is an achievement, you indicate your misogyny and “fatphobia”: “Celebrating Adele’s Weight ‘Loss’ Promotes Fatphobia and Misogyny,” “The right way to respond to Adele’s weight loss,” “Read This If You Don’t Understand Why Complimenting Adele’s Weight Loss is Toxic.”

The commentary is predictable. There are objections on the grounds that this is another example of “society’s sense of entitlement over women’s bodies” and accusations of “fat phobia,” but these are also paired with references to Adele’s body as “fraught, political ground,” as if it were a territory that has now been lost to an opposing force. Taken together, much of it comes across as indignation against a defector.

Writing for the Telegraph, Rebecca Reid says that she felt “personally affronted” upon viewing the photos, “as if Adele had done something deliberately to hurt me.” “My body looks similar to Adele’s ‘old’ body,” she explains. “My body is the body that Adele didn’t want to have anymore…. Adele doesn’t look like me, or the average (size 16) British woman anymore.” Are we so mired in doublethink that we are unable to see that it is Reid and those like her who are demonstrating a “sense of entitlement” to a woman’s body, namely Adele’s?

Reid goes on to claim that by suggesting that Adele now looks better than she did, people are reinforcing the idea that “bodies look better when they are smaller. That people are worth more when they are smaller.” This insidious canard should be thrashed like a piñata every time it is uttered. Does the claim that it is good to get an education require us to also claim that the lesser educated are worth less as human beings? By acknowledging that it is good to quit smoking, are we saying that the lives of smokers are less valuable? This is absurdity of the highest order. It’s all too clear what is actually motivating this, and Reid even admits it outright: jealousy.

As Bloom notes, in egalitarian societies all distinctions are threatened, and it seems clear now that this is bound to threaten the recognition of virtue itself. If one admits that it is better to be frugal than a spendthrift, better to be industrious than lazy, better to be disciplined than careless, and so on, then how can one avoid the accusation that this implies that those who possess these virtues are better than those who do not?

Body positivity is not the only guiding principle that people on the left have stretched beyond its usefulness.

Other articles claim that, in celebrating Adele’s achievement, we are sending “dangerous” messages. Kuba Shand-Baptiste writes, “When we promote the idea that women, particularly fat women, can only be celebrated once they look the way we ‘want’ them to, we’re not just telling women and girls everywhere that they’re not enough, but that others are within their right to tell them as much.”

One has to laugh at the idea that Adele was never celebrated prior to her weight loss. But beyond that, at what point are we going to stop playing this ridiculous game? At what point, if any, should people be held responsible for their own insecurities? It is shocking to me that so many of these authors claim to speak as feminists while painting women and girls as so fragile that they cannot handle the possibility of self-improvement.

Ideas and slogans change over time, frequently degrading in ways that cause them stray into error. Historically, the way we have established the limits of any principle is by having the wherewithal to recognize when it leads us into absurdity. With the help of pop culture and social media, “You should be able to love and appreciate yourself” has gradually morphed into “You are perfect just the way you are.” And “You are perfect” is fundamentally incompatible with and threatened by the idea of improvement, though many have tried to square that particular circle.

But body positivity is not the only guiding principle that people on the left have stretched beyond its usefulness. In The Righteous Mind, Johnathan Haidt explains that the further towards the political left people identify, the more their moral paradigm will rely on only two values, which Haidt labels “Fairness” (which, based on its use, might have been better defined as “equality”) and “Care” (or protection from harm). Here we see the interplay between the two: in the name of psychological health, people must be so completely protected from the recognition of inequality that we are no longer even permitted to praise good things.

It is inane to suggest that, because we cannot all look like Adele (or Brad Pitt), we must deny the existence of beautiful bodies. As the intellectually formidable and iconoclastic Camille Paglia argued in her 1991 address to the Massachusetts Institute of Technology, “We should not have to apologize for reveling in beauty. Beauty is an eternal human value. It was not a trick invented by nasty men in a room someplace on Madison Avenue.” Most people are kind, decent, and do not enjoy causing others harm, but the standards for what one considers “harmful” have proven to be exceptionally loose and increasingly stifling.

For herself, Adele has said little to address the controversy, but her former trainer has defended Adele’s weight loss in a recent Instagram post, insisting that her choices are about being healthy, not “super skinny,” and that she is working on her health for herself and her son. Let’s be clear: Adele’s weight loss is an achievement. It required commitment, discipline, and effort. It is, in short, simply another manifestation of those virtues (more important than physical externalities), which have, from the beginning, made Adele who she is.

If a society refuses to acknowledge the fruits of virtues like these, it will eventually find itself short on the stuff. But maybe that’s the goal. Maybe the real problem with virtue is that it implies that individuals can be responsible for themselves. In general, the political Left is prone to neglecting the importance of human agency in favor of environmental and “structural” factors. Maybe this is the time to ask if there is anything that we as a society are not willing to jettison in this neverending crusade to protect the self-esteem of the terminally aggrieved.