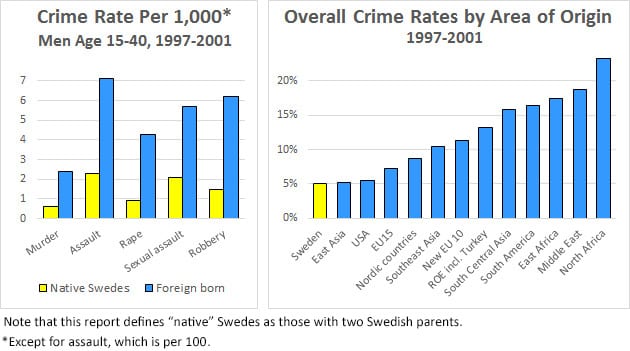 The media enjoys making fun of Trump as much as they enjoyed making Obama look good. Willfully misunderstanding the president today was as fun as impugning pure motives yesterday. Politics is a game to the media and they pick a side.

Trump helps this dynamic along by making the unspoken spoken: by naming the media as his adversary, wins and losses come at their expense and give him room to get along with Democrats. Maybe.

The game was front and center over the weekend. President Trump had seen a Fox segment about Sweden, Friday, and spoke about it at his rally in Melbourne, Florida Saturday:

My statement as to what’s happening in Sweden was in reference to a story that was broadcast on @FoxNews concerning immigrants & Sweden.

He followed up this morning with this:

Give the public a break – The FAKE NEWS media is trying to say that large scale immigration in Sweden is working out just beautifully. NOT!

What he said at his rally, “You look what’s happening in Germany. You look at what’s happening last night in Sweden. Sweden, who would believe this, Sweden, they took in large numbers, they’re having problems like they never thought possible…”

This statement lead people to wonder what had happened in Sweden on Friday. It also resulted in glee and ridicule by the media.

People started to look at Sweden and their crime statistics–because people are concerned at what a huge influx of foreign born Muslim immigrants does for crime.

Notably, Kevin Drum of Mother Jones went and did the legwork because another Leftist glided over the crime problems in Sweden. Drum says:

These are very big differences. Now, Saunders [ed: of Vox, here’s the link] also links to a study which suggests that “half to three-quarters” of the difference can be accounted for by socioeconomic status. Maybe so. But crime is crime. If you’re the victim of assault from a Syrian refugee, you don’t really care if it happened because he’s Syrian or because he’s poorer than average. [Emphasis added.]

So Sweden, while not having a huge increase of crime, per se, experiences a disproportionate amount of crime from immigrant countries and that was what Trump was referring to because he’d seen a show on Fox talking about crime in Sweden on the Friday in question.

Trump’s speaking style can be exasperating for those who appreciate complete thoughts and sentences. However, the media willfully distorts what he says to further muddy the waters.

Foreign countries don’t know what to make of President Trump’s verbal meandering. I am not quite sure that the President, himself, realizes how everyone measures every word and infers meaning into them.

One thing can be sure: Everyone is Googling Sweden and trying to see what’s going on there.