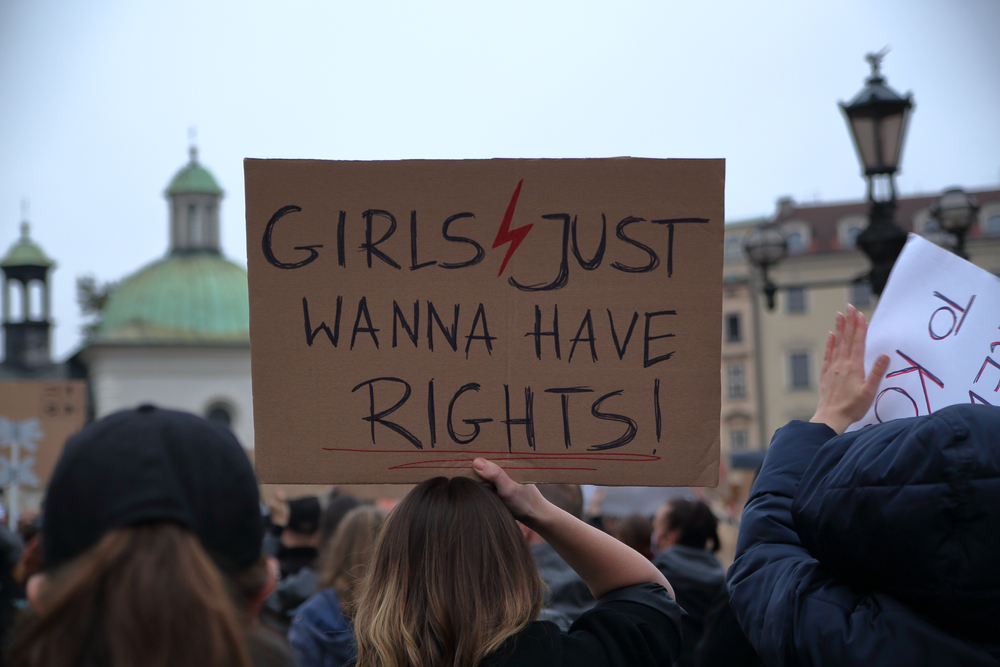 When I was young, I was dropped off at a friend’s house not far from my own. We were outside playing basketball when we were joined by my friend’s neighbors, three siblings about our age. As they made their way from one back yard to the other, they left the gate open, and their spritely golden retriever puppy sprinted out from its fenced-in prison and into the freedom of the wide-open neighborhood streets.

We chased that dog for hours. Up and down roads, across and through yards, over bridges and under oaks. The dog, loving the game, had no interest in being caught.

I, on the other hand, had had enough. I had come to a friend’s house to play, not to chase a neighbor’s dog for miles and hours around a neighborhood. Thus, I collapsed onto the grass, exhausted and out of breath. No sooner had I lain down than the pup rushed for me, licked me in the face, and showed no objections when I reached up and wrapped my arms around her neck.

So it is with happiness.

The absolute wealth and weight of truth bundled up in and overflowing from our nation’s most famous and foundational phrase, “Life, Liberty, & the pursuit of Happiness,” has been all but lost to the degradation of rhetoric inevitable when a society has lost its way. “Happy” and “happiness”: these are dead words. Requiescat in pace. And it’s no wonder. “Open happiness,” “Delivering happiness,” and “The happiest place on Earth” are all slogans that expose the materialistic lie undergirding modern Western culture. The more self-centered aspect of the modern search for happiness is hidden beneath the guise of a more heroic-sounding act, like “self-love” or “self-care.” If Adam and Eve had been modern Westerners, they would have eaten every fruit off of the tree, one after the next, paying no heed to their own nakedness or God moving about in the breezy time of day.

What is needed is a return to fulfillment, meaning, and purpose.

If the true meaning of “happiness” has been diluted, where can one turn for the answer to life’s most basic of questions: How can I be happy? This is where teleology comes into play. It gives the answer by changing the question.

Everything that exists has an end, a purpose. There exists a state or reality the achievement of which results in fulfillment and meaning. As an example, a microphone is, to use a more applicable word, an unhappy microphone if it is left unspoken into, though it could be used in many other ways.

But what about the human person? Does he or she have an end? The Gnostics among us say yes, and to find it one must look within, to be who you are, to “do you,” or some other truistic nonsense. And it’s working. The false prophets and evangelists are pushing a philosophy of self-fulfillment, an inside-out search for meaning, bundled up in the edict to “do what makes you happy.” It may be narcissistic, but at least they’re getting closer to the truth: you have a purpose in life, something will fulfill you, and that something is you.

It is no wonder the prospective overturning of Roe v. Wade has this crowd tearing their garments like they tear at the unborn: the meaning of life is at stake. For the progressive crowd Roe is “anti-woman,” since a woman’s happiness depends on the right to kill an unborn child if she chooses to. But what if abortion, not Roe, is anti-woman? After all, it denies not only the biological telos of the child but also the ultimate purpose of the woman herself, along with the man who fathered the little one. According to a twisted definition of the word, abortion supporters may argue for the “happiness” of the parents who choose to end their child’s life, but the fulfillment of lives beyond and dependent upon their own is impossible in their worldview, and is thus woefully inadequate.

What is needed, of course, is a return to fulfillment, meaning, and purpose. It begins in language, in our use of words. “Fulfillment,” “meaning,” and “purpose” need to replace “happiness” in the conservative parlance until the reality of the latter is reclaimed and can safely be resurrected from the dead. In the arena between Left and Right, a battle for “what will make you happy” is a losing one: hedonism is alluring for a reason, after all. Instead, invite another into the arena of meaning, and discover that the Left has no answer to a phrase such as this: the human person has an end, the achievement of which comes from without and might cost a great deal.

Rather, the end of the human person must be within reach of all human persons: it is to love and be loved. We experience awakenings of this fulfillment in the small things, all of which ultimately are signposts pointing us to the final fulfillment of our nature, our end, the meaning of meaning: to love and be loved by God. It isn’t enough to tell our children any longer to be happy (and it never has been enough), because subjective happiness can’t be grasped, boxed, shipped, or opened. Rather, tell them to be fulfilled, which will prepare them for a life of joy and meaning.

Philip J. Martin is an award-winning fiction author and educator. His fiction, nonfiction, and poetry have been published in Crisis Magazine, Sign of Contradiction, and Jesus: The Imagination, among others. He writes from beautiful Daphne, Alabama, where he lives with his growing family.