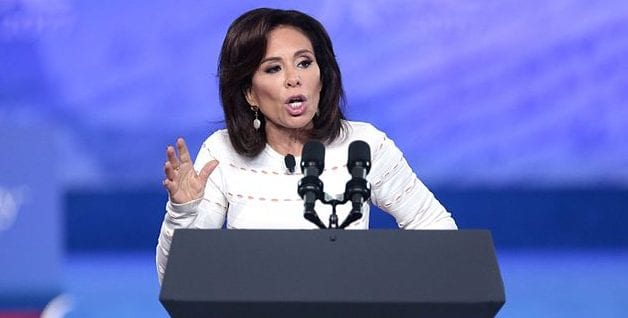 The horrific practices of partial birth abortion and infanticide, which are now being advanced in Vermont and New Mexico, have prompted indignation even among many pro-choice advocates. But while their reaction is laudable, it is also illogical and hypocritical, for it suggests that abortion is sometimes a choice and other times a moral outrage. It also turns a blind eye to the fact that late-term abortion and infanticide are the direct result of condoning early-stage abortion.

Fox News, to their credit, spent significant time airing the abomination of the so-called Reproductive Health Act in New York and the efforts in Virginia and other states to follow suit. Yet some of the commentators on the network who identify as pro-choice, such as Tammy Bruce and Jeanine Pirro, want to have it both ways when it comes to abortion.

They used essentially the same line: “This is not about abortion, or about being pro-life vs. pro-choice, it is about infanticide.” Moreover, the message is expressed with visible anger. During one of her shows, Pirro was seething with so much rage that her face was contorted and she was screaming at the television camera. Her guest, Amy Holmes, who is also pro-choice, expressed the same message and outrage.

It’s astonishing that some people can have so much compassion for babies who are killed at the time of birth, yet condone the taking of human lives that are still developing.

Nice try, but wrong is wrong, and there is no way around it, regardless of how much outrage one displays toward partial birth abortion and infanticide. Anyone who suggests that partial birth abortion and infanticide have nothing to do with the abortion issue in general is being either irrational or disingenuous, for there is no way to parse when it comes to the killing of innocent babies.

It is intellectually dishonest to defend the rights of babies at birth, while also trying to preserve the right to decide a baby’s fate before an arbitrary, subjective, and meaningless date. If it’s wrong to end a life at birth, it’s wrong to end it any time before that.

Early-term abortion is often rationalized by invoking the notion of viability — the age at which a baby is thought to be able to live outside the womb (24-28 weeks). But it is preposterous to assess the value of a life by its stage of maturity: the baby obviously has the potential to reach viability. Thus, the only valid criterion is whether the baby in the womb is a life or not, and ultrasound technology has now made it undeniable that it is a life even in the earliest stages of development.

If human life is not valued and defended at the moment of conception, it inevitably leads to infanticide because the same arguments used to abort fetuses can — and are — used to kill infants.

On February 23, 2012, the Journal of Medical Ethics (an egregious misnomer), published an article written by Alberto Giubilini and Francesca Minerva titled “After-birth abortion: Why should the baby live?” that attempts to justify infanticide. They wrote: “Both a fetus and a newborn certainly are human beings and potential persons, but neither is a ‘person’ in the sense of ‘subject of a moral right to life.’”

This is nothing more than an extension of the prevalent pro-choice position that acknowledges the fetus as a person, yet argues that his or her right to life is solely determined by the mother rather than through an inherent human dignity. The authors are merely adding newborns to the rationalization.

Thus, is it really that shocking that Roe v. Wade’s view of a 5-month-old baby is now being applied to a baby that’s just a few months older? At what point exactly are we supposed to be morally outraged — 6 months, 8 months, 9 months, or after birth? Moreover, when precisely does human dignity begin if not at conception? A specific moment has to be identified, and clearly, there is no such moment that could be identified after the moment of conception.

Thus, far from being separate issues as many have proclaimed, infanticide is the direct and inevitable result of support for early-stage abortion, because if we say that life can be destroyed early in a pregnancy, it is logical to conclude that it can be destroyed later. In reality, however, abortion at any stage is always wrong, no matter how sophisticated the rationalizations that attempt to justify it.

None of the decadent trends in our society, including partial birth abortion and infanticide, happened overnight. They are all the result of a gradual chipping away over many years, the consequence of numerous small concessions that build upon each other and gain momentum.

That is how evil works, slowly and under the radar. Moreover, evil is never satisfied with its gains; it always wants more. This is what the commentators on Fox News, and others like them who are justifiably horrified by infanticide, have to understand.

They also need to know that you can’t win the big battle for one side while fighting all the small battles for the other side. You have to make a choice.

Zach Krajacic is general manager of The Station of the Cross Catholic Radio Network and iCatholicRadio.