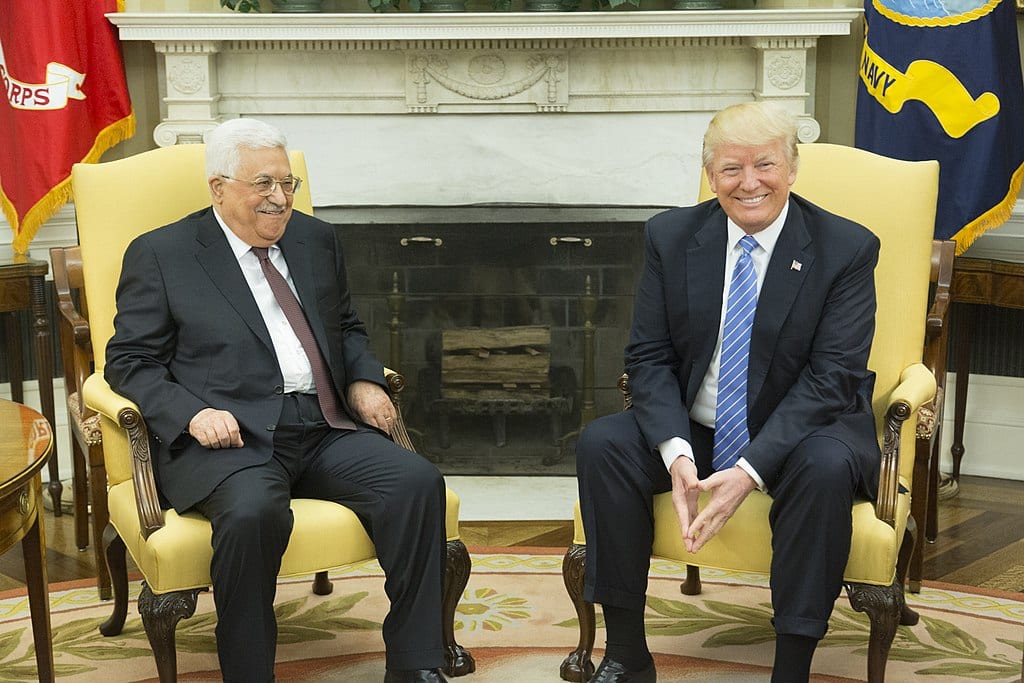 Once again, the naked truth about Palestinian president Mahmoud Abbas and his Palestinian Authority henchmen is laid bare: Power and money are the goal — not their people’s welfare.

Abbas boycotted a recent Gaza stakeholders’ summit at the White House, called to identify real solutions to what Palestinians themselves describe as a worsening crisis in the Strip. Never before has an American administration initiated such an effort, and Palestinian leaders should have welcomed it. Israel, neighboring Arab nations, and several European countries left their politics at the door and joined the U.S. to address the deteriorating humanitarian and economic situation in Gaza.

The U.S. is attempting to do what Palestinian leadership should be doing but isn’t — addressing the plight and suffering of the Palestinian people. Instead, they play politics, scapegoat Israel, and message “our people be damned.”

Hamas controls Gaza. Because of its designation as a terrorist organization by the U.S. State Department, Hamas wasn’t invited to the meeting. But it didn’t hesitate to denounce the gathering as an attempt by the Trump administration to impose a solution unfavorable to Palestinians.

Israel has been doing what it can to alleviate the growing crisis. It facilitates the transportation to Gaza of essential food and hygiene products, clothing, school supplies, medicines, and medical supplies. The only restricted goods are weapons, war materials, and certain items with potentially dual use. Roughly 1,000 trucks transfer supplies to the Strip daily, over three times the number prior to the 2014 Gaza conflict. Unfortunately, very little reaches Gazan civilians because Hamas siphons off supplies for its own use.

Hamas is uninterested in providing basic services to its 1.7 million residents. It hijacks millions in international aid intended for maintaining hospitals, schools, water facilities, and sanitation. It diverts construction materials from civilian projects to build terror tunnels. Using aid dollars, Hamas arms its jihadis to terrorize Israelis and supports Islamists attacking Egypt in the Sinai. As an Iran-Hezbollah proxy, its singular goal is to eliminate the Jewish state. Can we expect anything else from thugs who use their own people as human shields in wars they start with Israel?

To make matters worse, Abbas and the Palestinian Authority want to undermine their bitter rival in Gaza by creating a dire situation. The PA, which provides funds for civilian services in Gaza, has imposed financial sanctions including halting payment for electricity, suspending social services and cutting salaries of thousands of local civil servants. It has reduced health care funding by 90% and now, according to a physician NGO, “essential medicines and… medical equipment items for operating rooms and intensive care units can no longer be obtained.” Hospitals haven’t been cleaned and patients are going hungry because the PA refuses to pay salaries.

A senior adviser to Abbas confirmed that Ramallah was slashing the budget for Gaza to coerce Hamas into relinquishing control over the Strip to the PA, “We realize this sounds cruel, but in the end, after 10 years of the split and Hamas rule in the Strip, [Hamas] must decide whether it will… let the Palestinian government rule.”

The recent Egyptian-brokered “reconciliation” agreement between Abbas’ PA and Hamas is a joke. Both sides exploit their people in a contest for power while demonizing Israel in international forums. Both parties have demonstrated that their governance will surely result in yet another failed terror state in the unstable Middle East.

PLO Executive Committee member Ahmad Majdalani, commenting on the White House meeting, said that Gaza “is a political issue and not a humanitarian one. The United States knows very well that the cause of the tragedy of the Gaza Strip is the unjust Israeli siege.”

The Trump administration isn’t buying this excuse, placing blame for the situation in Gaza squarely on the Palestinians. Not so with the international community which sees no evil and hears no evil when it comes to the Palestinians. These PA cheerleaders know the truth, but still believe the lies. Machiavelli observed, “One who deceives will always find those who allow themselves to be deceived.”