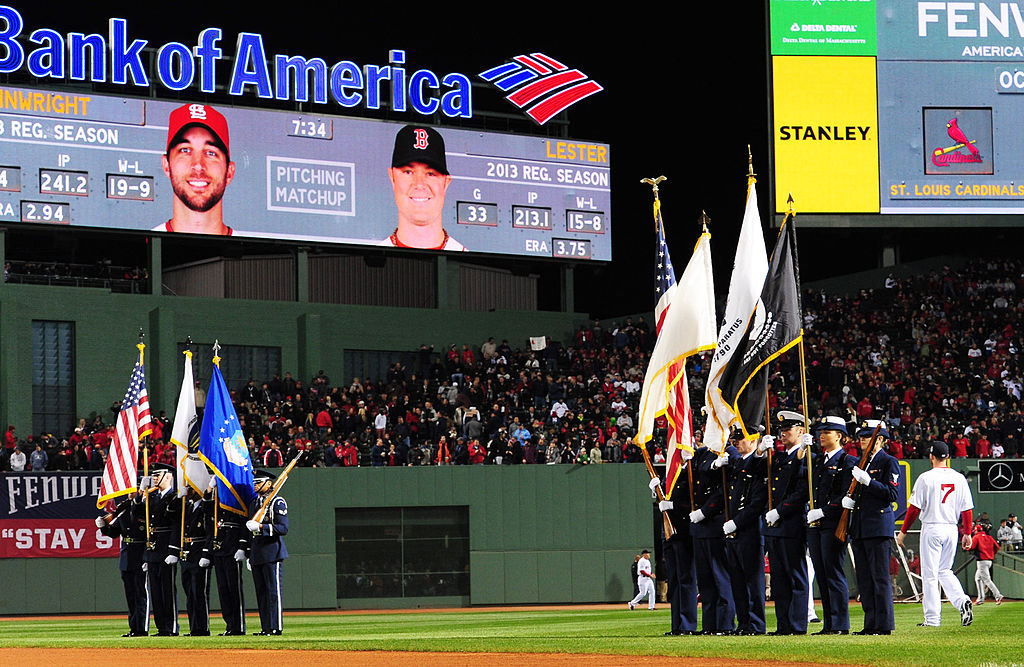 It starts tonight. And there’s every expectation it will be a dandy. I speak of course of the 2018 World Series between the Boston Red Sox and the Los Angeles Dodgers, two of the most storied franchises in the Grand Old Game. Both teams are loaded with talent. Neither team won its league championship by accident. Both teams have more than earned their way into The Big One.

Tonight’s opener features Chris Sale starting for the Bostons, Clayton Kershaw for the boys in blue. These are two of the best pitchers on the planet. It will require good pitching to stop two good lineups.

No offense intended to the good burghers and loyal fans in Houston and Milwaukee, whose teams just lost in the league championship series. But Brewers-Nation and Astros-Nation have yet to make themselves felt, even though of late these two towns have put good teams on the field. The Dodgers and Red Sox, on the other hand, have huge national followings. Red Sox Nation is certainly real enough. A decade or so ago I was convinced that if the Sawks had played an exhibition game on Mars, little green guys with eight eyes and three mouths would have showed up and yelled, “YOOK!!” whenever Sawks’ third baseman Kevin Youkilis came to bat, or did something in the field.

Because of these teams’ histories and followings, more than just their loyal fans are glad to see them in what we have learned to call “The Fall Classic.” The executives and ad sales staff at Fox, the network that has paid a gaudy amount of money to broadcast the World Series, are delighted. TV ratings for a Dodgers/Red Sox matchup will likely be better than those of just about any other pairing (OK, Yankees/Cubs would be good too), thereby making it easier to sell pricey commercial time. (Against this classic face-off, what chance does Antiques Roadshow or yet another re-showing of Miss Congeniality have?)

In case you’re wondering, yes, the Red Sox and Dodgers have met in the World Series before. Once. That would be in 1916, when the Brooklyn team was called the Robins after its manager, Wilbert Robinson. The team’s lineup included a 25-year-old outfielder named Casey Stengel. The Red Sox won that one in five games with the help of a hard-throwing, 21-year-old, rookie pitcher named Babe Ruth. This was before it became obvious that the Bambino was far too good of a hitter not to play every day, and he was converted to an outfielder. (But not before he posted a 2.28 ERA while winning 94 Major League games as a pitcher. You name it, the Babe was better than anyone else at it.) In the last 102 years, both the Red Sox and Dodgers have won lots of league championships — the Dodgers 23, the Red Sox 14 — just never again until now in the same year.

No Babe Ruths in this one. But with guys like Mookie Betts, Clayton Kershaw, J.D. Martinez, Manny Machado, Andrew Benintendi, Kenley Jansen, Chris Sale, Justin Turner, Xander Bogaerts, et al., there will be enough top flight players plying their trade to interest and re-pay the time of even the casual baseball fan. And in the World Series there is a long history of no-name, journeyman players who became unexpected heroes, performing well above what could be expected of them. See Bobby Richardson, Al Weis, Gene Tenace, Rick Dempsey, Mickey Hatcher, Ron Swoboda, and enough others to make the final games of the year really interesting, and potentially surprising.

The smart guys, some of them in Las Vegas, pick the Red Sox as favorites to win the World Series. (Though it must be said that the smart guys have been taken less seriously since the 1969 Mets.) After all, the Sawks won 108 regular season games this year, a franchise record. They also beat the New York Yankees in four games in the ALDS, and the Astros in the ALCS in five games. The Yankees won 100 games during the regular season, the Astros 103. The Sawks’ lineup is more relentless than the IRS after a scofflaw. Their defense can throw more leather at you than you can find in a tannery. But the Dodgers are no palookas. They’re returning to the World Series for the second straight year, having lost last year to the Astros in seven games in one of the most exciting Series in history. They have a load of talent and are looking for their first World Series championship since 1988.

The only downside to the World Series, except for the melancholy fact of the baseball-free void that follows it, is that weather can be a problem for teams in the Northeast and upper Midwest that play in uncovered stadiums. Game-time in Los Angeles will likely be balmy enough. But the Series will begin, and if it’s not put through in five games or fewer, will end in Fenway Park in Boston, where it can be right crisp this time of year, often with a cold north wind blowing over the left field Green Monster out of New Hampshire. (I’ve been to Fenway games in September where I needed a jacket for comfort.) Outfielders will likely have to dig out their ski masks. Players usually find a way to overcome the elements. But Mother Nature has her effects. It’s one thing to hit a 290-pound lineman when it’s 38 degrees, quite another to hit (or throw) a five and a half ounce baseball when your fingers are numb.

Taken all around, this is going to be fun. I’ll be in the upright and locked position in my office chair for first pitch, which is scheduled for 8:09 p.m., right coast time. Do yourself a favor. You tune in as well.