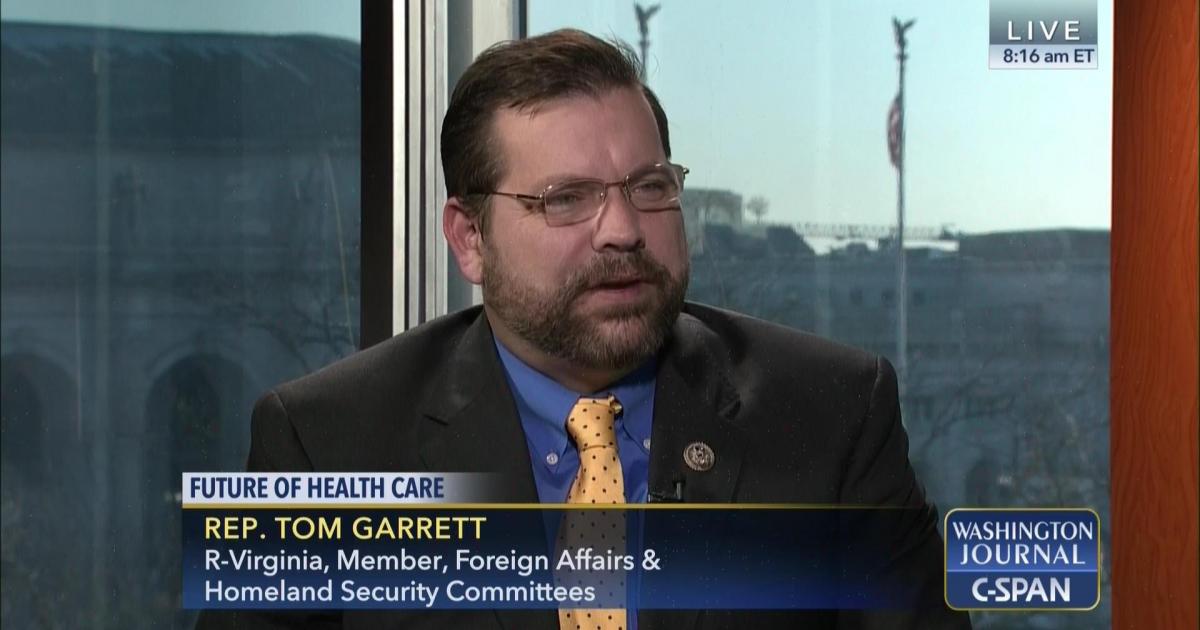 Normally it is rare for a freshman Congressman to make a big impact in a 435-member House of Representatives where everything is ruled by seniority. The best hope for a new member usually is to slowly build up their kudos with their party’s leadership, be a loyal vote, help fill the war chest, and wait to slowly bit-by-bit climb the ladder whereupon they can better promote their own initiatives.

Yet as the 2018 midterm elections near, there is one Congressman that I’ve had the pleasure of knowing who has not only made his mark, but set out a fascinating course that may in a few years be a more common style for the GOP’s and conservatism’s future vibrancy and growth.

Congressman Tom Garrett was elected to Virginia’s 5th Congressional District, once James Madison’s district centuries ago, in 2016. His record prior to his election was distinguished and honorable – he was a former Artillery Officer in the United States Army, rising to the rank of Captain.

A lawyer by trade, he was an Assistant Attorney General at the Virginia Attorney General’s office before being elected the chief prosecutor for a county in Virginia, earning a record as fierce, justice-minded, and fair. He then eventually made his way to the Virginia State Senate, serving roughly five years and known as an advocate for fiscal responsibility and liberty-minded principles.

As a Congressman, since winning his district 58.2% to 41.6% in 2016, he has made his mark domestically on the House Education and Workforce Committee and Homeland Security Committee as well as internationally on the Foreign Affairs Committee.

From securing the release of a Czech Christian missionary who was imprisoned and abused in Sudan to also getting two Sudanese Christian pastors released, and then rescuing them and seven of their family members to new lives in America, to working for increased border security and fiscal restraint, it is clear even as a freshman he has made an outsized policy impact on both our nation and the world.

Yet Congressman Garrett’s voting record alone, though impressive with his 95% rating from the American Conservative Union, would paint an incomplete picture of him. Garrett over the course of the past year and a half has also willingly subjected himself to a large slew of town halls in his district, willingly and cordially engaging in dialogue with those who vastly disagree with him and who often even seemingly hate him.

If you have ever talked personally with Garrett, you’ll also quickly see he isn’t your typical politician focused primarily on his political footing and the public dance. He’s someone who has a strong understanding of history, deeply guided by his faith, and conscious of his role in our nation’s fabric that is being written every day. He has his head squarely on his shoulders and his statements come from the heart.

In the time I’ve known him, Congressman Garrett has always sought to bring into the fold and serve those of whatever political affiliation, be they a different GOP faction, independents, or even Democrats, understanding his duty as a representative of the public and Americans. He has done this while staying true to his principles and belief in constitutional and freedom-minded conservative governance.

Congressman Garrett has done this despite being the target of a particularly vile slew of threats and hatred since his election that have resulted in federal investigations and arrest of perpetrators.

Amid recent rumors that Congressman Garrett may be considering not seeking re-election, his loss would undoubtedly be unfortunate for the nation. He represents a potent brand in the Republican Party – one that is grounded in constitutional conservative principles but also seeks to harmoniously bring people together and govern for all.

Our country is at an extremely hyperpolarized time right now, where not only are becoming more divided on policy issues but also seeing each other as more enemies than fellow Americans, with unfortunate societal and even sometimes physical consequences.

At this time it is very difficult for Congressional members to dare act in any way except to play into that game, given the collective action problem preventing restoration of our political culture. Yet it takes those willing to make those steps forward, willing to reach out yet still grounded resolutely in principle.

I believe Congressman Garrett is one of those leaders, and undoubtedly his values and demeanor have been a reason why he has made so great an impact already. America is blessed to have such a leader in our nation’s capital, and hopefully his approach will be an example for many others in the future.