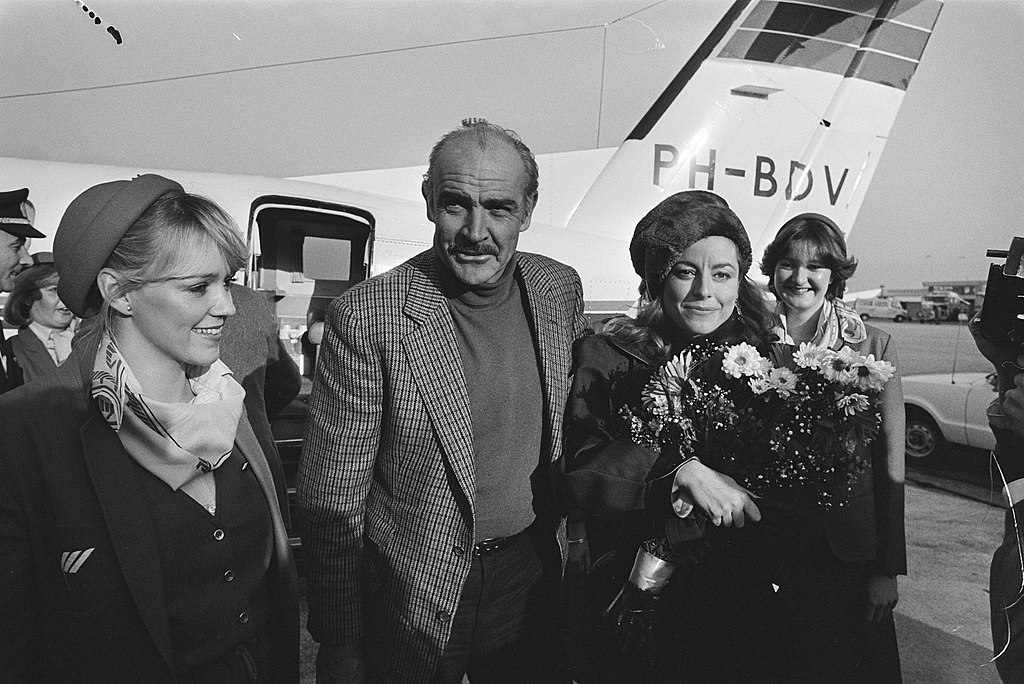 My wife, both shaken and stirred by the news of Sean Connery’s passing at 90, is inconsolable. Her preference for male stars of the silver screen has always run to the more rough-hewn. None of your George Clooneys or Brad Pitts, please. Her troika of favorites has for decades been Sean Connery, Tom Selleck, and Tommy Lee Jones. She even finds the Duke cuddly. She draws the line at Steve McQueen, though she doesn’t object when I watch Bullitt every couple of years.

I enjoyed Sean on the screen too, for different reasons of course. But for me the best of his work was elsewhere than 007, which franchise I’ve always found a bit silly. Boring in fact, save for the scantily clad Bond babes. The Bond mania began with 1962’s Doctor No, where Connery was fortunate to be teamed with Ursula Andress, the Swiss bombshell. Doubtless many a young fellow, feeling the first assaults of testosterone and observing all this, uh, bonding with beautiful women in the most glamorous places the world provides, decided before leaving the theater to become a spy when he grows up. And who could blame him?

But I refer American Spectator readers to other of Sean’s work, very watchable flicks with names like The Hunt for Red October, Outland, Medicine Man, The Russia House, The Presidio, The Untouchables, and, my favorite, The Man Who Would Be King. This last is a fair treatment of Kipling’s novella, with Connery as Daniel Dravot, the phony king, and Michael Caine as his partner in crime, Peachey Carnehan. Two ambitious and charming hustlers, who do very well until they go, as ambitious and charming hustlers invariably do, for a bridge too far. Literally in Dravot’s case, as those who watch the movie will see. Those familiar with Connery’s oeuvre (the thoroughly masculine Connery — old-school type — would snort at the thought that men can have oeuvres) know that A Bridge Too Far is a movie Connery had a small role in, as did just about every known actor in England and the U.S. in a flick I often call A Movie Too Long.

Connery was a pleasing screen presence, his characters always convincing. Like the best in his trade, he never appeared to be acting. He wore his roles and his masculinity easily. This last, after the Bond silliness was over, without the need to swagger. Few, including my bride, were surprised when People magazine named Connery Sexiest Man Alive when he was 59, confirming him as not only a heartthrob for millions of women but an inspiration for middle-aged men as well, almost all of whom, alas, lacked the looks, the accent, and the other particulars.

As Connery aged, his Scottish accent became more pronounced. The last interview I saw him in he talked like he had a mouth full of hot marbles. Viewers almost needed subtitles. He’ll surely be missed, especially by movie fans with limited appetite for male actors getting in touch with their feminine side. There’s no one coming along even remotely like him.

I much respected the fact that Connery didn’t care to run with the Hollywood crowd, preferring the quiet life on his warm island with his wife of 45 years. Connery made excellent flicks when men were men, women were women, and movies were movies. None of your androgyny or your post-everything ambiguities. I don’t know if he’d even get a screen test in today’s woke Hollywood. All that “toxic masculinity,” don’t you know? And what the hell did he just say?

RIP Sean Connery. One of the best. And, sadly, almost surely one of the last.