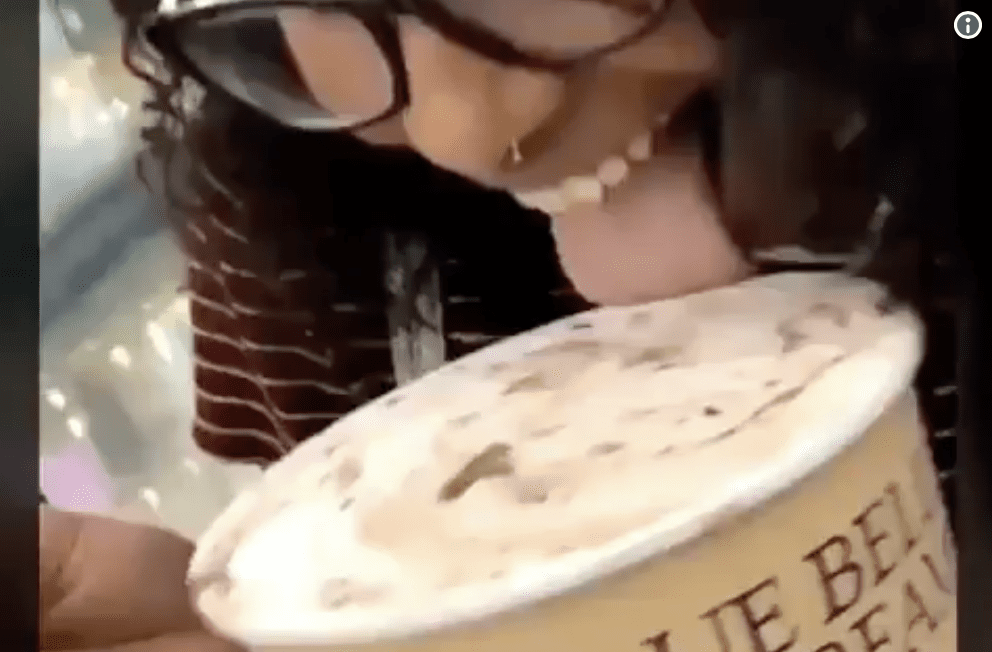 An alarming trend circulated Twitter last week: people are licking unpurchased products and returning them to the shelves. A tweet with over 13 million views shows a nine-second video of a woman grazing her tongue across the full width of the fresh ice cream. The person recording says, “Lick it. Oh, [you’re] foul. Put it back.” The woman placed the ice cream back in the freezer, laughed, and walked away. A Louisiana man followed suit and posted a video of himself doing the same. Authorities identified the man and arrested him. Although he showed a receipt to prove he actually purchased the ice cream afterwards, he was still charged with criminal mischief and unlawful posting of criminal activity for notoriety and publicity. He spent a few nights in jail.

The madness doesn’t end there. A Florida woman licked a tongue depressor in a doctor’s office and returned it to the jar. A man spit in a gallon of Arizona iced tea and put it back. Someone gargled mouthwash and placed it back on the shelf. It appears that the original video of the woman licking the ice cream was the inspiration behind the rest of these acts.

Aside from these crimes being absolutely vile, they point to a much larger problem. People are reaching new lows with their lack of self-governance. It was not lost on America’s Founders that in order to allow such freedom in their new republic, each person had a responsibility to behave. John Adams famously wrote in 1798, “Our Constitution was made only for a moral and religious people. It is wholly inadequate to the government of any other.”

An inner moral compass prevents people from ravaging the society in which they live. The conscience discourages a person from committing harmful acts to every degree of harm, from shooting up an elementary school to willfully contaminating a doctor’s office. Benjamin Rush, a signer of the Declaration of Independence, wrote in 1798, “Without virtue there can be no liberty.” We see people harnessing their freedom to harm others.