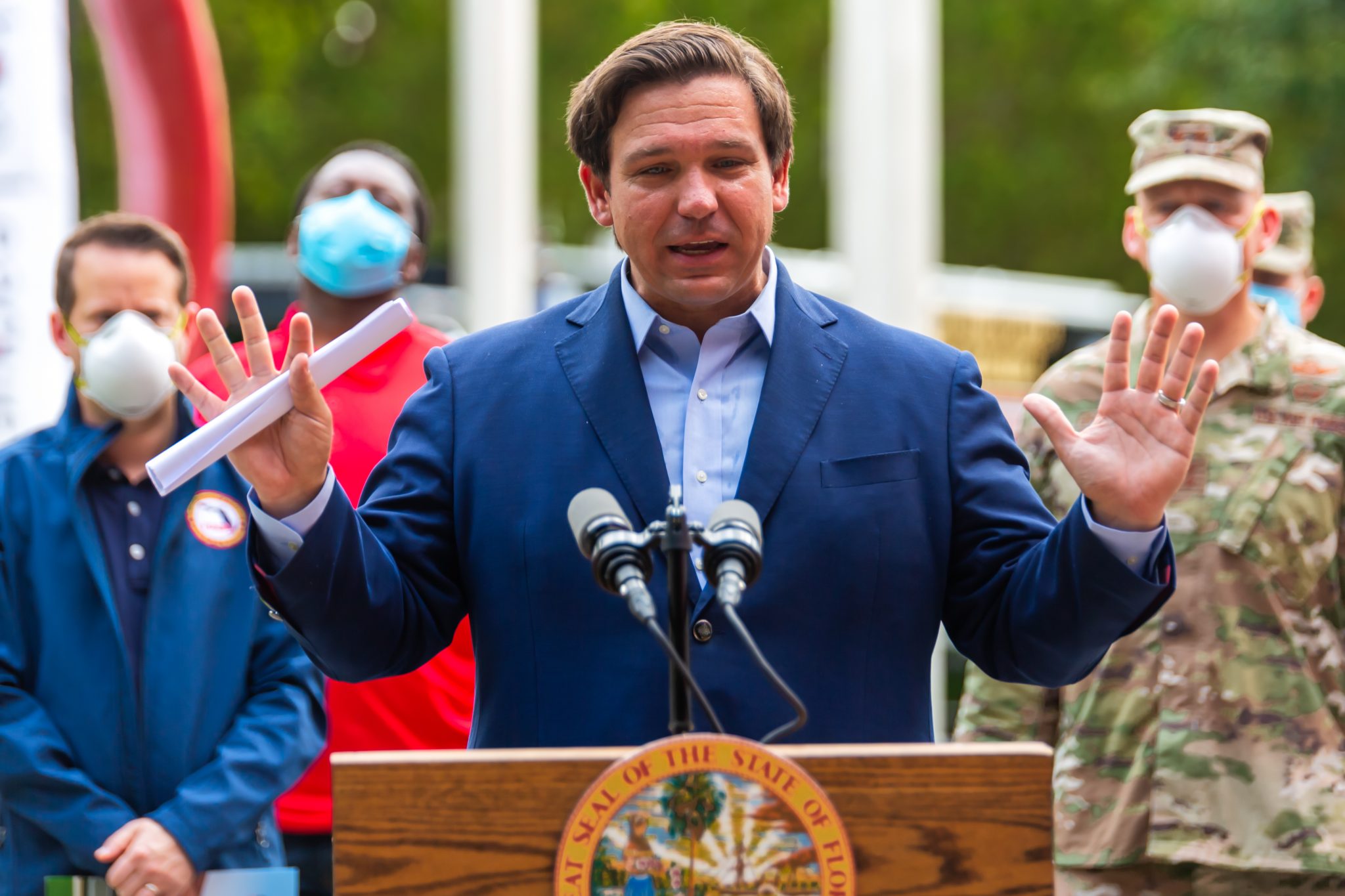 DeSantis impressed me in person, and he continued to impress me back in the House of Representatives, where he gave the Schiffs and the Nadlers and assorted Democrat thugs a run for their money. He was always on top of the actual facts in the various hearings, and the Rosensteins and Strzoks of this world knew that when they sat and testified before him, they would have to face the music for five minutes. A different form of musical chairs, and he was good at that game too.

Then he ran for governor of Florida against then-Mayor of Tallahassee Andrew Gillum, and he won a tight race on the first recount. Among the dirty tricks played against him in that race was when he said “we cannot monkey this up” about some subject, and the press played it up as if it was a racist remark, the second coming of Makaka. Despite hitting that discordant note, he managed to win the seat. (Oh, no, did I do that again?)

Across the country, Gov. Cuomo, who raised himself by his bootstraps from growing up as the underprivileged son of Gov. Cuomo to eventually earning the title of Gov. Cuomo, is being apotheosized by the press corps as the Second Coming of Gov. Cuomo. Each day he dons his corona and ventilates about the virus in fawn-filled media events. His own brother, sister-in-law, and nephew endured infection by the virus, but no one ever dreamed of faulting his stewardship of the ship of state. Indeed his husbandry of the current crisis recently earned him the title of Most Eligible Bachelor in New York.

There is only one difference between DeSantis being vilified and Cuomo being beatified; namely, DeSantis is doing an excellent job in a humble, open-minded, congenial way while Cuomo is doing an awful job in an arrogant, obstinate, and pugnacious manner. As a Florida resident, I am a beneficiary of the former as our state returns to normal, while my son in New York is suffering daily at the hands of this autocrat incompetent.

Here are the numbers. New York State has about 2.2 million fewer people than Florida, but Florida has 48,667 COVID cases to New York’s 361,313. Does that mean New York has seven and three-quarters times as many cases? No, because Florida has been testing anyone with symptoms all along, while New York was only testing very severe cases for a long time, which means the actual ratio is much worse than 7.75 to 1.

One way to prove that is by looking at the ratio in deaths. Florida has 93 deaths per million citizens, and New York has 1,464 deaths per million. That is 15 and three-quarters times as many deaths, or double the ratio in reported cases. Even allowing for better hospital care in Florida, that number shows that the true gap in cases is also much greater than reported.

So a governor in a state with a death rate 15 times that of a similar-sized state is being lionized, while the governor in the counterpart state is being demonized, or, at the very least, mouse-ized. This is the state of reporting in our time. As for the level of discernment in women who think a man who presided over a charnel house of nearly 30,000 deaths is an eligible companion, I leave that for the sociologists.

On May 18, the last counties in Florida (including mine, Miami-Dade) reopened for business. We are the southernmost counties, so this light at the end of the tunnel should get us from the Corona Mortis to the Aurora Australis. Gov. DeSantis has gotten us from Point A to Point B, and we are now B-Z with commerce. Finally my hairdresser friends can dress hair after two months of not even bothering to dress themselves. Not since the days of Jesse James have folks worn masks to work, which is wreaking havoc on the lipstick business.

Speaking of lipstick, putting it on a certain farm animal is proverbially ineffective, dooming the press coverage of Gov. Cuomo. That mastermind will not allow my son and tens of thousands of small business owners to reopen their establishments because he does not trust them to provide safe environments for customers. New York has outlawed the Chair, but at the very least Cuomo should be facing some music.