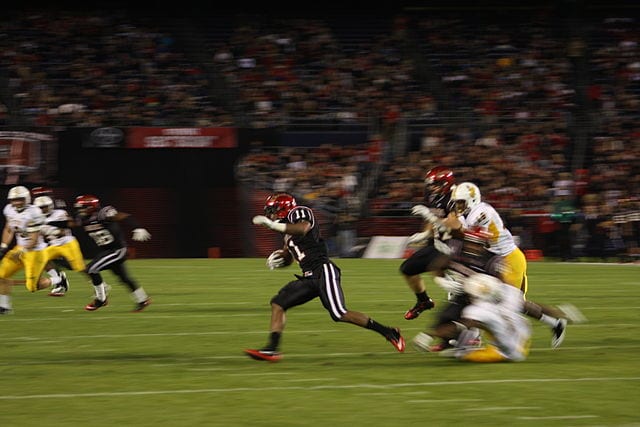 Let’s take a Spectacle break from the depressing spectacle of an honorable man (and our judicial process into the bargain) being knee-capped by a bunch of political gangsters. For a moment at least, pray consider a much less important but more pleasing diversion than politics, to wit: football.

I have to wonder if other TAS regulars have wondered if there is a football coach in the lower 48 who is enough of a genius, with sufficient charisma and force of character, to teach and convince special teams players not to block in the back when someone on their team is trying to return a kick. It’s almost a certainty in the college and pro game (and probably in Pop Warner games as well, though I don’t watch these) that any kickoff or punt that doesn’t end with a fair catch will net an illegal block in the back penalty. If the yardage lost through these penalties in games I’ve watched over my lifetime were added up, it would likely be enough to circle the globe several times.

Why should this be? If players can master playbooks, some of which are more complex than the circuitry of a Cray supercomputer, why can’t they learn how to distinguish between the front and the back of players on the other team? I mean there are clues. There’s that little number on the front, and a big number and a name on the back. How hard can this be to remember?