It happens to be Fat Tuesday, or Mardi Gras as the folks down my way call it. And in lots of places in South Louisiana and elsewhere along the Gulf Coast, there will be fair amounts of alcohol consumed in the final throes of the two-week carnival that precedes Lent.

But Joe Biden is giving the State of the Union speech tonight. And there is nothing to party about where that subject is concerned.

We’re in worse shape as a country than we’ve been since the early days of World War II, and if there is anything to be relieved about, it’s that we’re not actually in a war right now.

If we were, we’d likely lose.

And while all the experts are starting to appear wrong in that Russia doesn’t seem to be overwhelming the Ukrainians in a conflict provoked by the abject weakness of American foreign policy, that isn’t exactly something to be relieved about.

The toughest stage of this game might be about to begin.

That the war in Ukraine might be coming to a stalemate means Vladimir Putin could well become desperate. He continues to threaten the use of nuclear weapons against Western nations who supply the Ukrainians with arms to fight his logistically challenged armed forces, and that’s something which suggests Putin isn’t the cagey fox he’s known to be but rather an unhinged tyrant utterly corrupted by power.

Unhinged tyrants lack limits. They cause death and destruction. So while it’s a good thing that Ukraine’s military and society didn’t collapse in a week under the strain of a Russian invasion, the crisis is hardly over. In fact, the toughest stage of this game might be about to begin.

What we know is that Joe Biden’s America is not poised to manage the Ukraine crisis successfully. Biden will undoubtedly spend time in his State of the Union address touting the fight of the Ukrainians and drawing applause for saying We Stand With Them, but it was nevertheless his disgraceful pullout of Afghanistan which precipitated Putin’s invasion.

Not to mention the Russians have watched Lloyd Austin and Mark Milley, and their ministrations in making sure our military is trans, woke, vaxxed, and boosted, and concluded they have nothing to fear from us.

That it turns out they have plenty to fear from the Ukrainians is not something Joe Biden can or should take credit for.

If Biden has anything to say about the state of America’s children in this speech, it ought to be “I’m sorry.”

The word is Biden will be speaking to a House full of people not required to wear masks, as it appears The Science has changed and Biden’s Branch Covidian restrictions and idiocies are now coming to a close. The only Americans still wearing masks, it appears, are schoolchildren; the adults have given up on that virtue-signaling waste of time long ago. If Biden has anything to say about the state of America’s children in this speech, it ought to be “I’m sorry.” Because what he and his party have done to American education is far worse than anything Putin’s people have done in Kyiv or Kharkiv.

We now know that the COVID restrictions and interruptions have been catastrophic for the morale of millions of Americans, people whose livelihoods and lives have been blown up and shut down. The wealthy and comfortable have managed to navigate those troubled waters just fine, but for the rest, the last two years have been a senseless disaster wholly of the government’s making.

Biden should say he’s sorry for his part in that. He won’t.

He ought to say he’s sorry for our nearly 8 percent inflation, brought on by a 16 percent growth in federal spending over the past year. Instead, he’ll brag on 7 percent fourth-quarter economic growth. Meanwhile, those Americans having to make long commutes by car are putting their families on a ramen noodle diet just to afford the gas, grocery shelves are emptying, and major purchase items like houses and cars are beyond the reach of many of us at present.

Biden has so demoralized and sabotaged the domestic oil and gas sector that even with $100-per-barrel oil, the shale producers are saying they won’t increase production by more than 5 percent per year in the immediate future. It isn’t worth it to do so — the political risk of doing business in America is even worse than in Nigeria, Guyana, or Iraq. So the domestic players are essentially becoming a mini version of OPEC: they’ll produce what they’re producing now, but not a lot more until they know the government won’t treat them like prey.

The effect of which, in part, was Putin’s Ukrainian invasion. 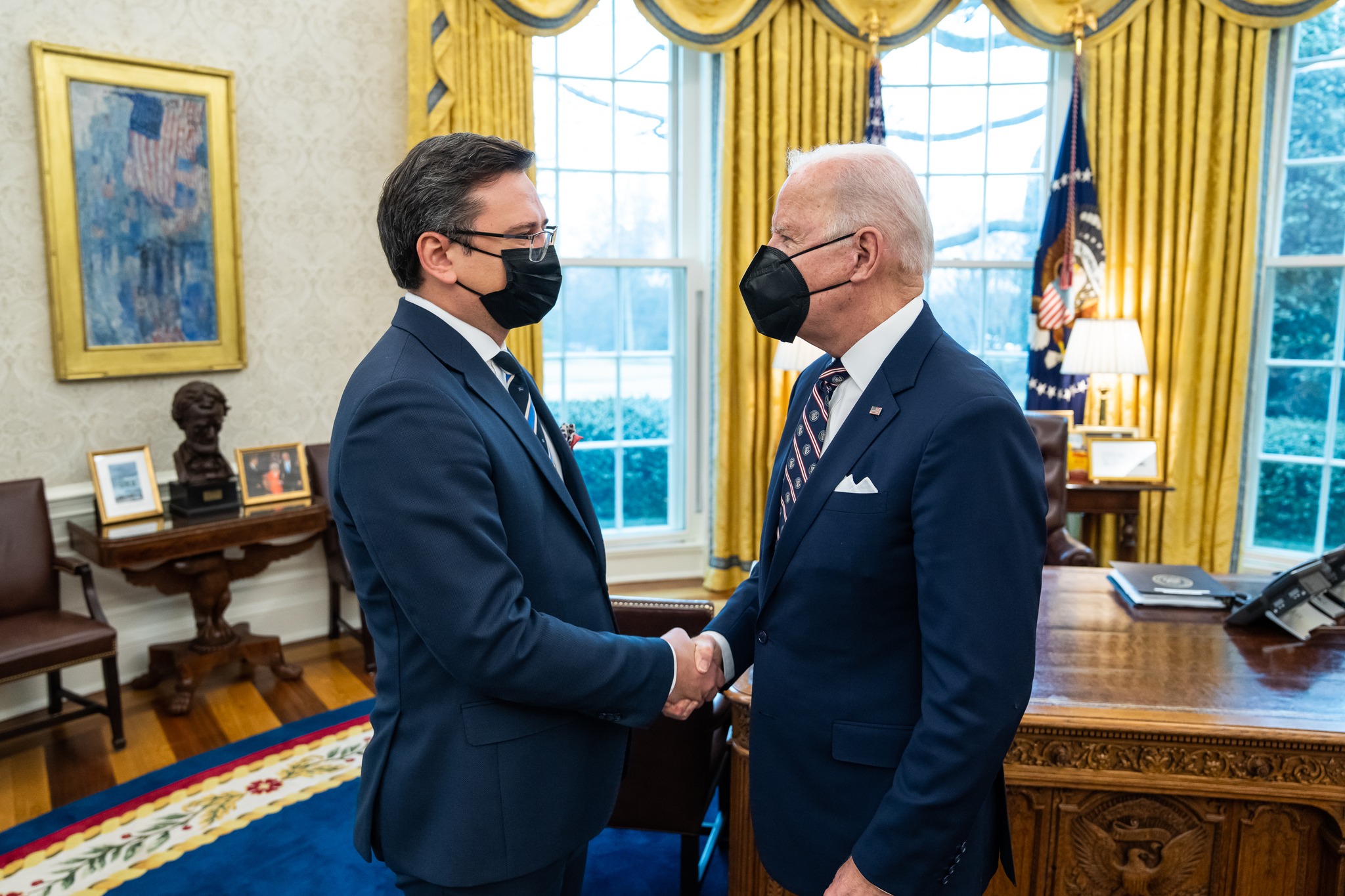 Biden can’t say much about his legislative agenda. It’s dead, and everybody knows it. He might demand this or that, but if he does, the Republicans in the hall ought to get up and leave. Or maybe break out into a “Let’s Go, Brandon” cheer. Biden’s agenda is unworkable, unrealistic, and unlikely to fix any of the policy problems which either pre-existed his inauguration or which he has created over the past year. And his team is a stable of one-trick ponies; no innovation or compromise will come from the SOTU speech.

Then there’s the border, which he has abandoned. Biden’s border policy borders on treason, and it’s hardly likely he’ll reverse those mistakes and begin doing his job. Why? Because he and his party want to pack the country with as many low-skilled immigrants destined for government dependency and eventual Democrat lockstep voting as they can. But anyone correctly identifying this Great Replacement strategy is denounced as a racist.

And Biden is almost certain to denounce at least some of us as racists tonight. He’s been unable to avoid doing that for most of his time in office. Except Joe Biden and his team have done more to set Americans against one another in the past two years than practically anyone in our political history. And he just nominated a Supreme Court justice solely on the basis of race and sex, a devastating new low for which he deserves pure scorn. Ketanji Brown Jackson was overturned more often than not as a federal district judge; she’s only been an appellate judge less than a year and somehow she’s the most qualified person available to serve on the Supreme Court? 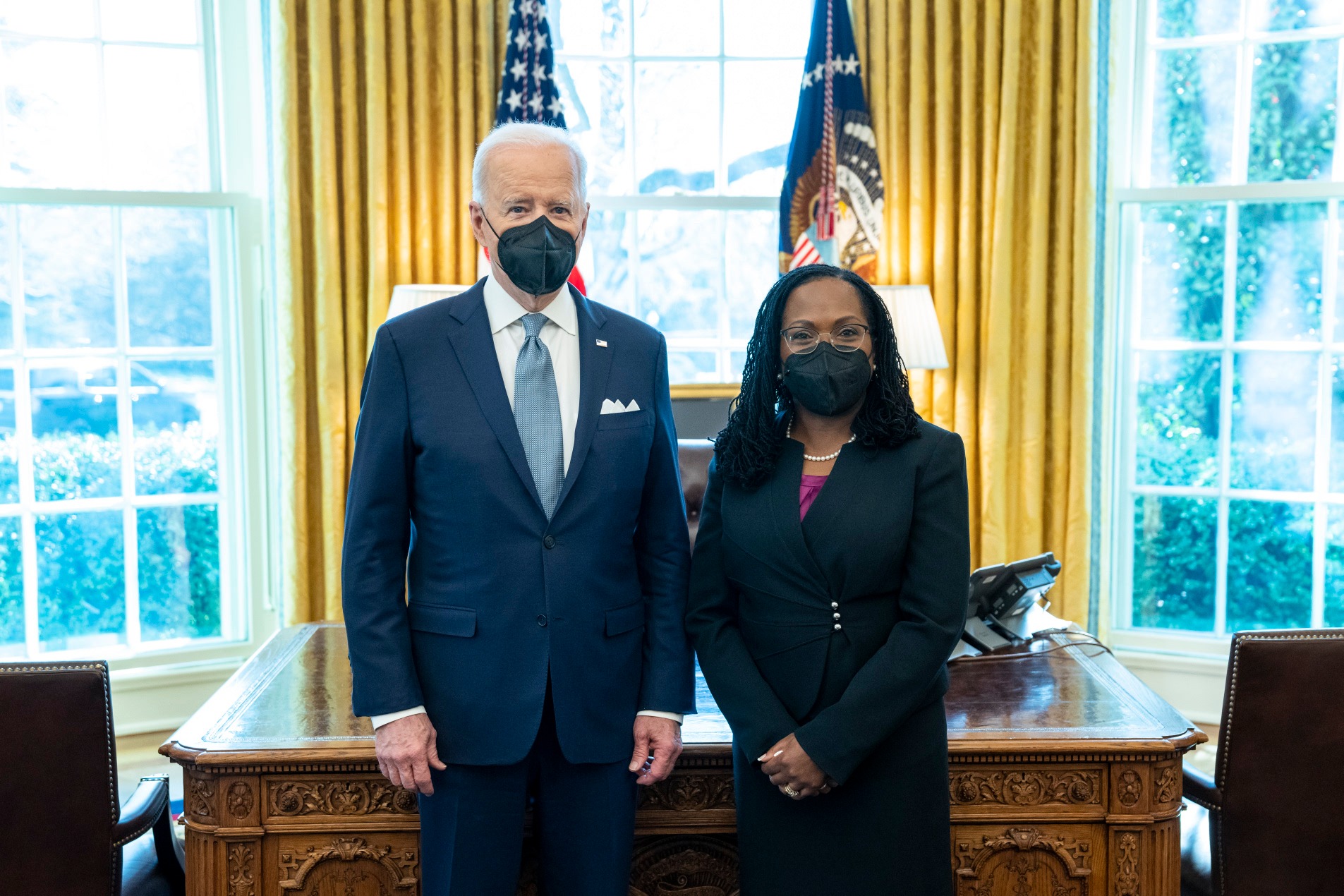 The state of a nation which would accept such a nomination is not healthy.

Neither is Joe Biden, which is clear. Majorities of Americans in every poll express doubts he’s physically capable of performing his job, and Biden’s weekends in Delaware away from the public eye essentially prove the case. He’s been repeatedly asked to perform a cognitive test and release the results to the public; he refuses.

Which provides perhaps the most compelling reason to watch Biden’s State of the Union speech. Perhaps he’ll remove all doubt about his mental state. Or perhaps he’ll find a way to muddle through, enlarged jet-black pupils darting back and forth to scan the teleprompter screen as he struggles through lines others have provided him.

The markets will be watching. So will our allies. Our people? Perhaps not — most of us have largely given up on the idea this man can lead us a year into his presidency.

But Russia will be watching. China will be watching. The wolves are sniffing at the door. The state of the union is abject weakness, and we have three more years to go in the long American Lenten season Biden’s presidency has become.