The meeting was originally set to consider a motion to declare March 10 as “Abortion Provider Appreciation Day.” March 10 was selected because it is the anniversary of the 1993 killing of abortionist David Gunn in Pensacola, Florida. Alexandria, a deep-blue city that broke 80 percent for President Joe Biden and 75 percent for former Virginia Gov. Terry McAuliffe in the 2021 gubernatorial election, currently has two operating abortion facilities.

The proposal was quickly met with backlash.

The Basilica of St. Mary, a Catholic parish located a few blocks from city hall, urged parishioners to contact the city council about the proclamation.

Michael Burbidge, the bishop of the Arlington Diocese in which Alexandria lies, said: “Proposing a celebration of abortion and an ‘appreciation day’ for those who destroy lives defies comprehension. The City of Alexandria should instead do the opposite. It should celebrate all those who save, protect and care for human life.”

Conservative leaders on the national stage, including Mercedes Schlapp and Mollie Hemingway, also voiced concern with the proposal.

The mayor, Justin Wilson, and the city council quickly bowed to the pressure. Wilson removed the proclamation from the docket the Friday before the meeting — the same day the Basilica of St. Mary had encouraged its parishioners to make their voices heard. However, the removal did not stop local pro-lifers from making their disgust clear.

Around 30 people gathered in front of city hall (just one block from The American Spectator’s headquarters) before the council meeting. One demonstrator, Larry Cirignano, told The American Spectator, “This is an ecumenical group. We have Catholics, Protestants, and even some secular people here.” Another activist stated that he was there to show that “Some people don’t approve of murder in this city.”

During the meeting, there were no disruptions from the pro-lifers, though one demonstrator enunciated the word “all” during the pledge of allegiance. Instead of audibly disrupting the meeting, activists held up signs condemning abortion. A recurring sign featured the remains of an aborted child and was captioned “not appreciated.” 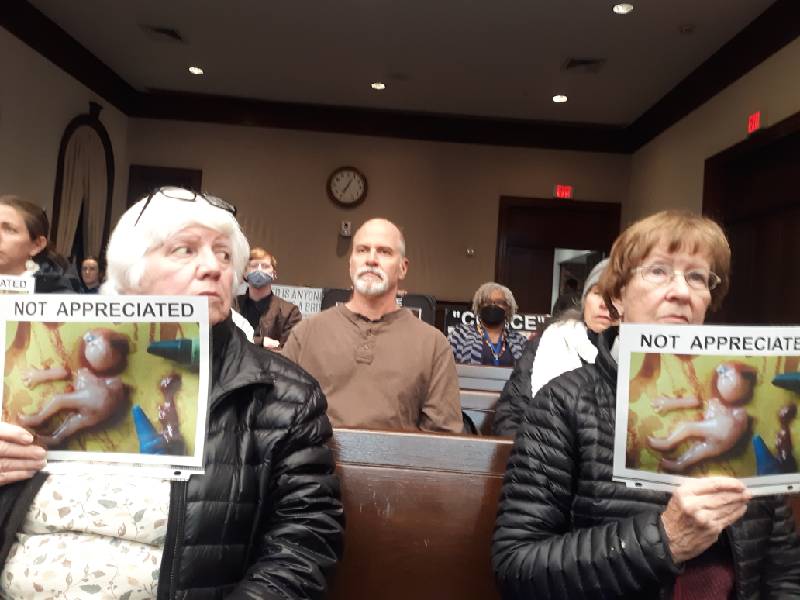 About one hour into the meeting, the activists left the city chambers and chanted slogans including “We Shall Stop Abortion” and “Hey, Hey, Mayor J., How Many Babies Died Today?” from the sidewalk below. They kept the chants up for about an hour.

From an abortion supporter’s perspective, the city council was bowing to pressure and failing to protect a woman’s “right to choose” by refusing to go forward with “Abortion Provider Appreciation Day.” Still, there was no mustering of the pro-abortion forces, and the proposed proclamation was not even mentioned by the city council. 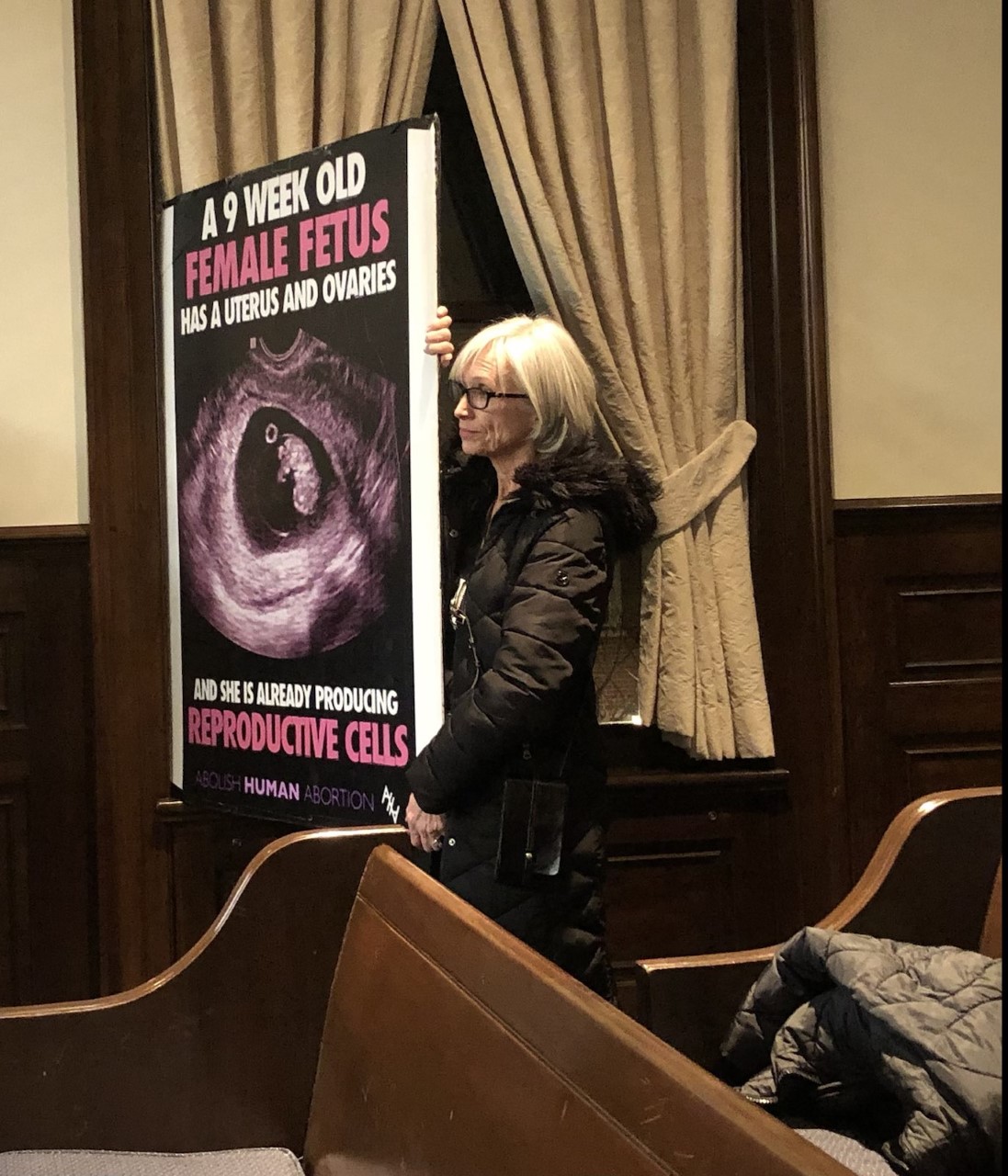 A woman holds up an anti-abortion sign at the Alexandria City Council meeting on March 8, 2022. (Jonathan Darnel)

After the meeting, Jonathan Darnel, a pro-life activist with DC Area Anti-Abortion Advocacy, told The American Spectator that “The City of Alexandria is so pro-abortion, we can’t convince them overnight, but we can set an example for other cities.”

While the Alexandria City Council is unlikely to adopt a pro-life stance any time soon, this seemingly small pro-life victory is a welcome one with significant potential. The pro-life efforts in Alexandria over the past week make clear that a concerted effort by leaders and advocates, both online and in-person, can push back against abortion extremism in even the bluest of cities.